The US and European Union delegations to the World Health Assembly are blocking efforts to move towards a binding convention on health R&D aimed at filling critical medical gaps for people in developing countries. 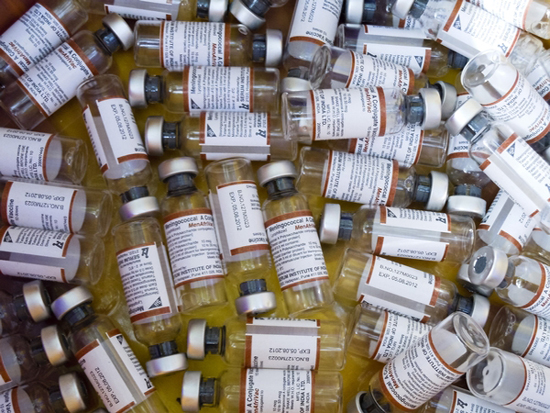 GENEVA/NEW YORK, MAY 24, 2012—The US and European Union delegations to the World Health Assembly are currently blocking efforts to move towards a binding convention on health R&D aimed at filling critical medical gaps for people in developing countries. The international medical humanitarian organization Doctors Without Borders/Médecins Sans Frontières (MSF) urged the US and European governments, who are leading the developed country effort, to stop obstructing a process that has been 10 years in the making and has broad support from developing countries.

MSF called on developing countries to continue efforts to progress towards a convention. Such a convention would require all governments to contribute financially to support R&D in key priority areas and would crucially separate—or de-link—the cost of R&D from the price of medical products, so that these are made affordable.

“Our medical staff know what it means to be in front a sick patient  and not have the medicines or tools to treat them because they’re too expensive or they just don’t exist,” said Dr. Tido von Schoen-Angerer, Executive Director of MSF’s Access Campaign. “People in developing countries have waited too long for there to be a global response to their health needs—we can’t afford to stand by and watch a handful of developed countries derail this effort.”

A binding global R&D convention was one of the key recommendations of a landmark expert report issued in April by the World Health Organization that examined the critical gaps in health R&D in developing countries. Discussions among governments this week have revealed there is broad support to move toward a convention, especially among developing countries such as key emerging economies that are ready to take on a bigger role in health R&D.

“We are especially surprised to see the US taking such a hardline position, since they already meet the level of financial contributions to medical R&D suggested in the expert report,” said Michelle Childs, Director of Policy and Advocacy at MSF’s Access Campaign. “It’s high time that all countries move towards a sustainable solution to fix the market failure of the current R&D model and meet the needs of the majority of people on the planet. Developed countries must stop blocking progress.”

“US counter-proposals to stimulate R&D, such as advance market commitments, orphan drug legislation, or priority review vouchers have been explicitly mentioned by the WHO expert report as not adequately meeting the needs of developing countries,” said Judit Rius, Manager of the MSF Access Campaign in the US.