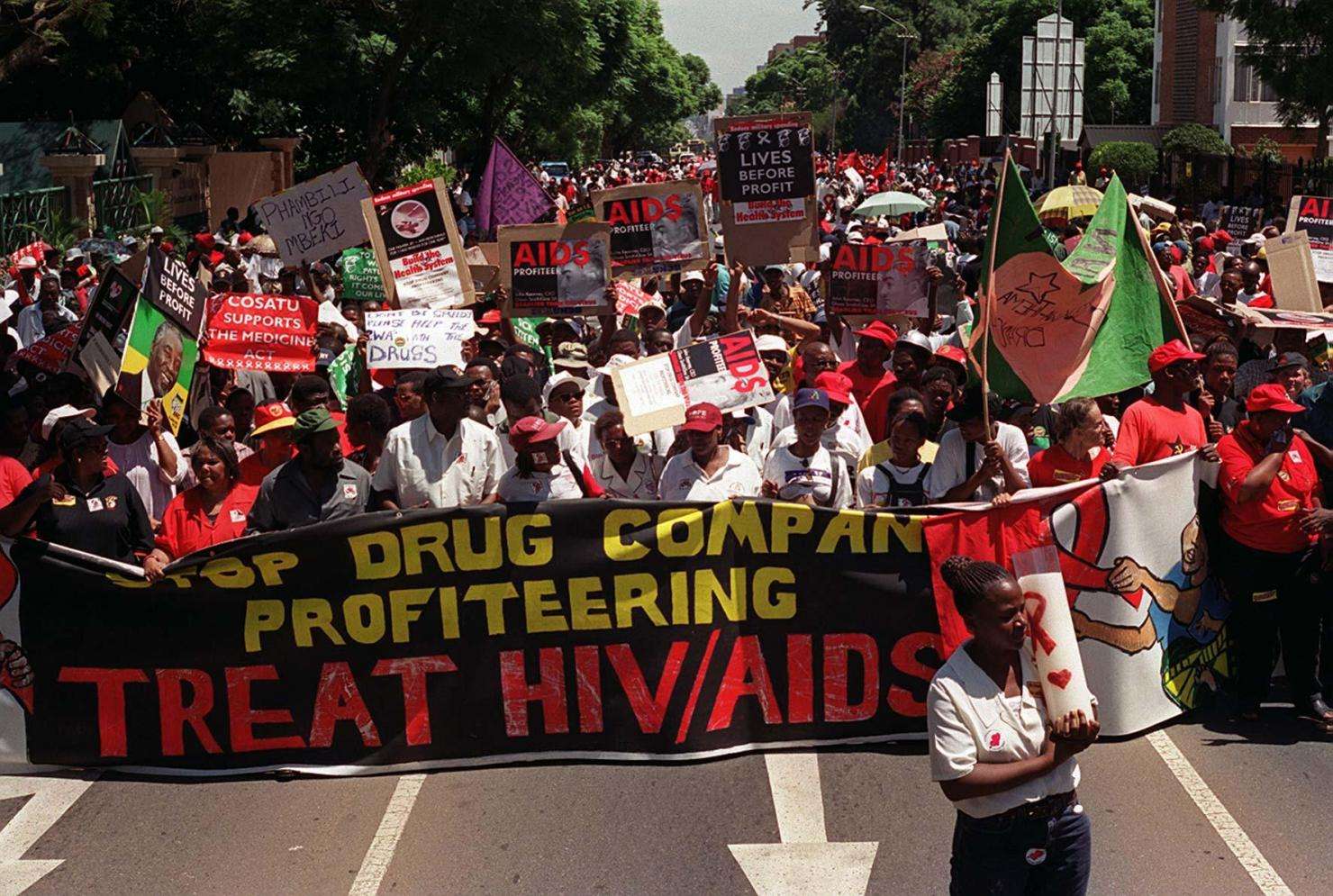 Protesters demonstrate outside Supreme Court in Pretoria, South Africa Monday March 5. 2001 as the pharmaceutical industry faced off in court against the South Africa government in what AIDS activists say is a landmark in developing world's efforst to get cheap AIDS medication. Drug companies are suing the the government to try to overturn a 1997 law they argue would allow the health minister to arbitrarily ignore patents on medications (Christiaan Schwetz)