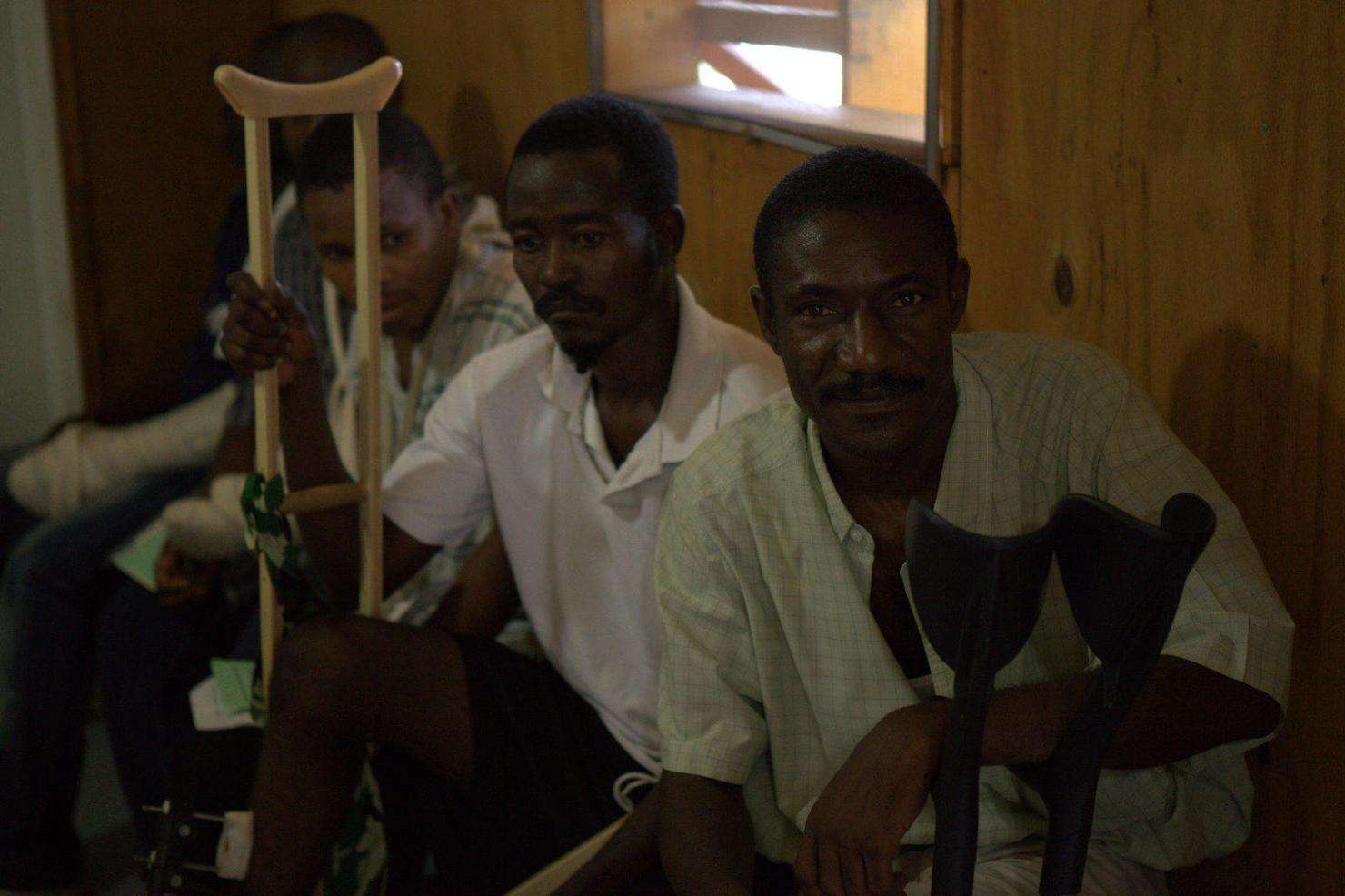 New MSF hospital in Drouillard, Port au Prince, open on May 13th 2011. MSF staff
Patients in the ambulatory physiotherapy waiting area
*** Local Caption *** The earthquake that hit Haiti in January 2010 left an estimated 300,000 dead, 300,000 wounded, and 1.5 million homeless (these numbers are currently disputed by a US government report, fyi). During the 17 months since the earthquake, MSF has opened five hospitals and fought a massive cholera epidemic throughout the country, an ongoing fight as MSF continues to treat patients for cholera as of May 2011.