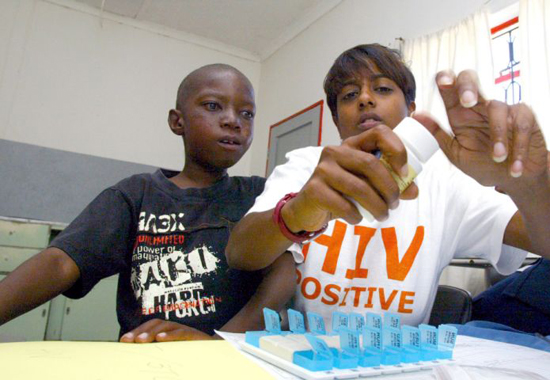 At EU-India Summit, European Negotiators Urged Not to Block Access to Affordable Medicines

New Delhi/New York, January 12, 2011 – India should resist pressure from the European Union to accept, as part of a free trade agreement, harmful provisions that will have an exceedingly negative impact on access to affordable medicines, the international medical humanitarian organization Médecins Sans Frontières/Doctors Without Borders (MSF) said today. As discussions on the sensitive intellectual property chapter in the free trade agreement resume, reports now indicate the Indian Prime Minister’s Office (PMO) may be ready to concede to European demands, thereby imposing severe limitations on the ability of Indian generic manufacturers to produce affordable medicines.

MSF relies on affordable medicines produced in India to treat more than 160,000 people living with HIV/AIDS across the developing world. India is also the source of 80 percent of the AIDS medicines purchased by donors such as the Global Fund. But in a leaked draft of the trade deal, the Europeans are pushing several provisions that would limit competition from generic manufacturers.

“The Indian negotiating position has been committed to systematically opposing Europe’s attempts to impose greater restrictions on generic medicines production than required under international trade rules,” said Leena Menghaney, of MSF’s Campaign for Access to Essential Medicines. “But the latest reports now suggest the Prime Minister is ready to reconsider in order to conclude the agreement fast. We appeal to the Indian Prime Minister to resist the EU’s demands.”

Generic medicines from India have played a critical role in scaling up AIDS treatment across the developing world. This was because until 2005, the country did not grant patents on medicines, which allowed manufacturers to produce more affordable drugs, pushing their price down by more than 99 percent over the past decade. But World Trade Organization rules obligated India to start granting medicines patents in 2005. This is having a negative impact on access to affordable versions of the newer generation of HIV/AIDS drugs, some of which have already been patented in India.

Now the policies the EU are pushing would restrict the production of affordable medicines even further. In particular the EU is seeking to impose “data exclusivity,” which would act like a patent and block the marketing of generic medicines for up to ten years. Alarmingly, data exclusivity would apply even for products that did not deserve a patent in the first place under India’s law. Acting as a way to secure monopolies through the backdoor, it would block the development of new fixed-dose combinations, where several medicines are combined into one pill, even though the combined forms of these medicines would not be eligible for patents in India.

“The European Trade Commissioner has confirmed to us that he continues to ask India for data exclusivity,” said Dr. Karunakara. “We ask India to reject data exclusivity and any other aspect of the European trade agenda that exceeds what is required under international trade rules and threatens the lifeline of affordable medicines for the developing world.”