Afghanistan: "Humanitarian Needs Will Only Grow"

Renzo Fricke, MSF operational coordinator in Afghanistan, discusses the situation on the ground, where conflict continues to rage. 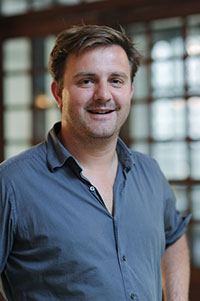 Renzo Fricke, Doctors Without Borders/Médecins Sans Frontières (MSF) operational coordinator in Afghanistan, discusses the situation on the ground, where conflict continues to rage.

Is the security situation deteriorating in Afghanistan?

Afghanistan is a country still very much at war. Right now, it is the middle of the annual spring offensive, known as the “fighting season.” The wave of attacks in Kabul in June and July reflect this, but people continue to be affected by conflict throughout the year in large parts of the country.

Over the past decade, access for humanitarian organizations, including MSF, to the most volatile areas, where people suffer most directly the impact of the war, has reduced drastically. A striking impact of this is the absence of reliable data to give us a truly accurate picture of the needs of the people living in the most insecure areas.

Is it possible to get an accurate view of the humanitarian situation in Afghanistan at the moment?

Based on our own experience working here, we do know that the humanitarian needs in Afghanistan are vast and remain mostly unmet. The country has some of the worst health indicators in the world; it is still one of the riskiest places to be a pregnant woman or a young child. There are recurrent outbreaks of deadly diseases such as measles, and the country is also prone to natural disasters such as floods and earthquakes.

Many rural health clinics are dysfunctional, qualified health staff have left the insecure areas, and the supply of drugs and medical materials is irregular or non-existent. Insecurity can prevent entire communities from travelling freely to reach hospitals. And this breakdown of essential health care is bound to grow more pronounced the longer the conflict goes on.

Billions of dollars of aid have been spent in Afghanistan over the past 12 years. What impact has this had in terms of health?

With the huge amounts of money injected into the country, some outcomes can be seen. The national health system has been restructured and there has been an expansion of medical infrastructure in many parts of the country.

However, there is a huge discrepancy between what exists on paper and the reality on the ground. Many of these buildings lie empty: there are no supplies, no drugs, no staff, and no patients.

The system that has been implemented is based on the premise that Afghanistan is in a “post-conflict” phase, and it does not reflect the reality of a country still at war. We see that people still struggle to access adequate health care due to insecurity, cost, distance, or the fact that many health facilities are not actually functional.

How has the aid been delivered?

Since the early days of the war, Afghanistan has been a testing-ground for an integrated military-political-humanitarian approach by the international coalition forces, led by NATO. What this means is that we have seen humanitarian aid consistently co-opted to serve a military agenda, with dangerous results.

Aid has not been delivered based on the needs of the people, but has been driven by the national security interests and foreign policy objectives of the countries involved in the conflict.

Huge amounts of money have been poured into the country to develop “quick impact” projects, supposedly to win the hearts and minds of the Afghan population. For example, short-term health activities were initiated by international forces in areas close to the frontline. At the same time as providing medical care, they were gathering information for military purposes as part of their counter-insurgency strategy.

This militarization of aid has blurred the lines between the roles of the military and of independent, neutral, and impartial actors, putting Afghans at risk when they seek assistance. Some patients have told us they prefer to travel hours to an MSF hospital rather than go to a closer clinic run by the military as they fear reprisals from an opposition group.

What role have international NGOs played in delivering humanitarian aid?

There has been a significant lack of neutral, impartial, and independent health NGOs in the country over the past decade. Since most of the major humanitarian donor countries have troops deployed in the conflict, funding has been skewed dramatically toward a development or “stabilization” agenda. By 2009, development funding had reached 12 times the level of funding for humanitarian assistance.

This approach completely ignores the reality on the ground and the major ongoing humanitarian needs. With some exceptions, a large number of international NGOs have actively played a role in this stabilization agenda and accepted funding earmarked to places where troops from their donor countries were deployed.

They took an opportunistic approach, forgetting their humanitarian expertise for the sake of taking the development funding available. Combined with the militarization of aid, this has seriously damaged the capacity for independent, impartial and neutral humanitarian assistance in the country.

What effect will the withdrawal of international military forces have on the humanitarian situation?

As the forces withdraw, a significant amount of money will inevitably go with them. One major change will be the closure of many of the clinics and hospitals run or supported by governments involved in the conflict.

Whether or not MSF agrees with the objectives of these facilities, we acknowledge that they were providing services to the population in some areas. It is clear that the already inadequate levels of health services available will reduce even further.

At the same time, insecurity is certainly going to increase and humanitarian needs will undoubtedly grow. What we hope is that, as international forces reduce, there will be less blurring of the lines between a military agenda and humanitarian assistance. We want to see the restoration of independent, impartial humanitarian action in Afghanistan.

How has the attack on the International Committee of the Red Cross (ICRC) office in Jalalabad in May affected MSF’s work?

We take the attack against the ICRC very seriously. It is not yet clear whether this was a one-off incident or reflects a new dynamic in the conflict. Either way, a targeted attack against a respected neutral actor is obviously extremely concerning.

It is essential that all parties to the conflict respect humanitarian workers and medical facilities, which must remain safe and neutral places. Violence undermines the capacity of humanitarian organizations to carry out their work, which will have serious consequences for the Afghan people who rely on their assistance.

What measures has MSF taken to ensure the security of its staff following the incident?

In Afghanistan, as elsewhere, we must strike a careful balance between the security of our staff and patients, and meeting the medical needs of the communities we assist.

Our approach has always been based on a strategy of acceptance; our protection comes from the fact that the community wants us to be there. We offer high-quality medical care based on needs alone while respecting local cultural and religious values.

The ICRC incident shows us that there has been a reduction in the level of security that this acceptance strategy can provide. We have reviewed our operations across Afghanistan in light of the event. We believe our medical activities are significant, relevant, and much-needed by the communities where we work.

For this reason, we remain committed to continuing our current programs, but have decided to reduce the number of international staff on the ground by approximately 20 percent in order to mitigate some of the risks involved.

What are MSF’s future plans in Afghanistan?

Given the immense unmet and growing humanitarian needs in the country, we are looking to expand our presence in Afghanistan beyond our four current projects. Over the coming years we hope to develop new projects in different areas, particularly in places outside government control, but also to go beyond the walls of our hospitals and really try to reach people directly in their communities, something that has been extremely difficult given the security situation.

In the outer suburbs of Kabul, for example, we have recently started running preventive mobile clinics to reach out to isolated communities who have difficulty accessing health care services. We are also conducting a study in all our projects to more deeply understand the barriers that people face when trying to access health care

MSF works in Ahmad Shah Baba Hospital in eastern Kabul and Boost Hospital in Lashkargah, Helmand province. The organization also runs a surgical trauma center in Kunduz, providing lifesaving surgical care to people in northern Afghanistan, as well as a maternity hospital in Khost in the east of the country. In all locations, MSF provides medical care free of charge and works in all wards of the hospitals. MSF relies only on private funding in Afghanistan and does not accept money from any government for its work.