This week, Doctors Without Borders/Médecins Sans Frontières (MSF) opened a new hospital for Rohingya refugees at the heart of the vast Kutupalong-Balukhali camp in Bangladesh. Known as “the hospital on the hill,” it is easy to spot perched atop one of the many hills that form the landscape of Cox’s Bazar district.

Construction started at the beginning of February and was completed in just two months. The hospital was designed to respond to an emergency: the massive arrival of ethnic Rohingya fleeing a campaign of targeted violence in Myanmar that began on August 25, 2017. Some 700,000 refugees have arrived in southern Bangladesh since then, joining thousands of other Rohingya who had fled earlier cycles of violence and persecution.

Learn more about our work with Rohingya refugees

The onset of the monsoon season will make ensuring access to medical care in the camps extremely challenging. MSF teams decided a semi-permanent facility was required, with each building a metallic structure mounted on a concrete slab. The hospital, with capacity for 100 patients, has an emergency room, an intensive care unit, a medical laboratory, inpatient departments for adults and children, a maternity department with a neonatal care unit, an isolation unit for patients with infectious diseases, and an intensive therapeutic feeding center for severely malnourished children. 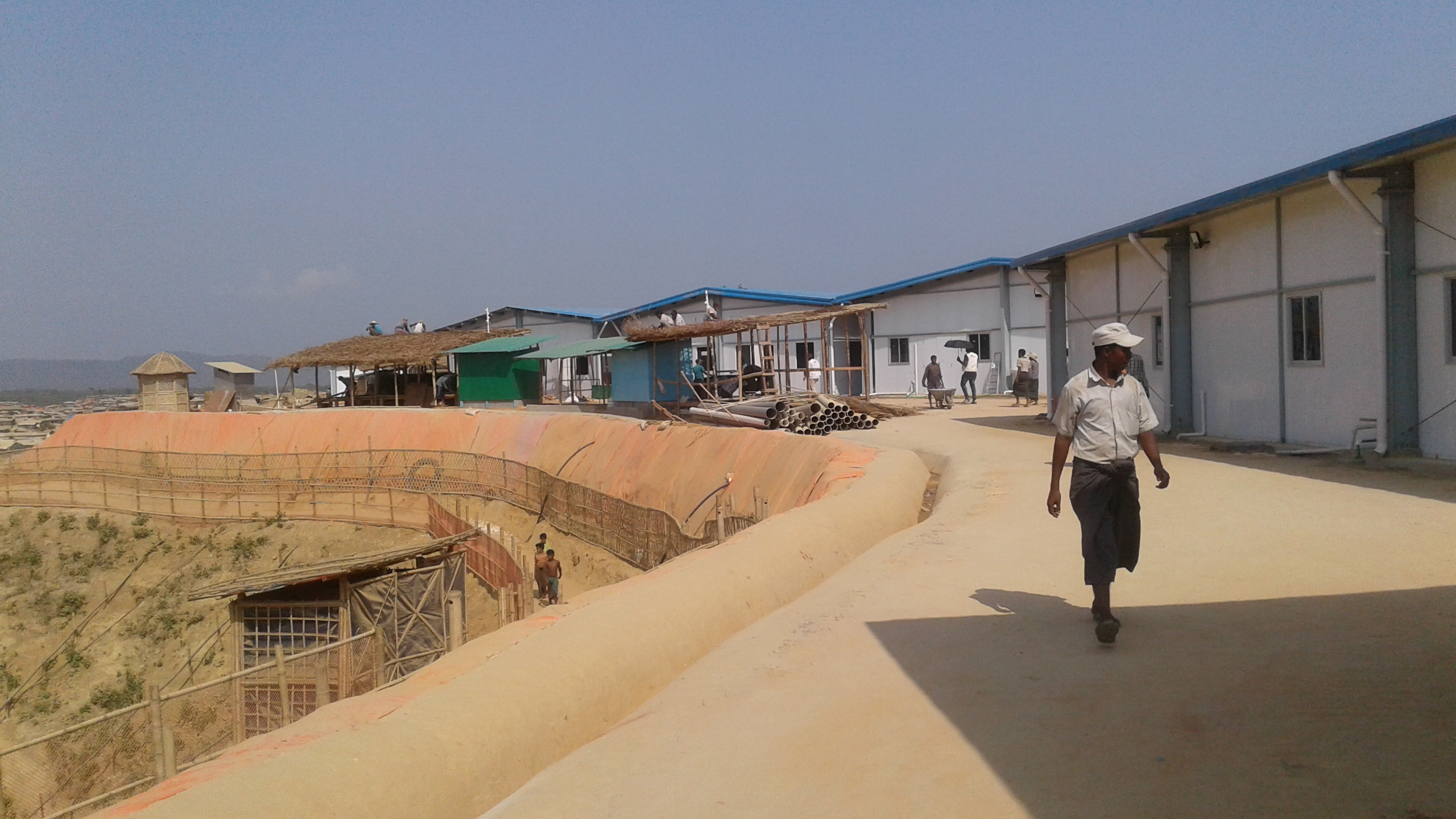 Our team at the hospital will be able to treat health problems common in refugee camps, such as respiratory infections and diarrheal diseases. They will also handle emergency cases, such as caring for survivors of sexual violence or patients suffering from trauma injuries. Patients requiring surgery will first be stabilized and then transferred to a hospital with an operating theater. The new hospital offers a wide range of medical services, including family planning consultations.

“We can also treat chronic diseases like diabetes, hypertension, chronic obstructive pulmonary disease, and asthma, which is the leading cause of death among adults,” says Francesco Segoni, MSF’s emergency coordinator in Cox’s Bazar. “It’s important for patients with chronic diseases to have access to secondary health care so that, when they need it, they can be given inpatient care.”

The new hospital follows two other facilities MSF opened at the end of March and the beginning of April to offer wider access to secondary health care in Cox’s Bazar. The facility will be prepared to handle epidemics like cholera and hepatitis E, which are common during the rainy season.

“With the [anticipated] flooding and accumulation of stagnant water, water- and mosquito-borne diseases are all the more likely to spread [due to] severely overcrowded living conditions and the very poor sanitation in the camps," says Segoni. Many latrines in the sprawling camp have been dug in flood-prone areas and a number of the wells are quite shallow, increasing the risk of water contamination.

MSF teams have been working to improve water and sanitation in Cox’s Bazar, including by constructing more sustainable latrines, installing a gravity-fed water supply system, and drilling boreholes and tube wells. One of these boreholes, dug to a depth of over 150 meters, supplies clean water to our new hospital on the hill.