BRUSSELS, November 1, 2019—A massive explosion yesterday afternoon in the town of Darkoush, northwestern Syria, resulted in 12 wounded people being rushed to a nearby hospital supported by Doctors Without Borders/Médecins Sans Frontières (MSF).

The explosion occurred in a building near the center of town as conflict continues in the Idlib region, but the precise cause remains unclear. Two people were dead on arrival at the hospital. Two others had severe wounds; a 12-year-old boy with a head injury and a 16-year-old girl with abdominal wounds, both of whom were stabilized and then referred to more specialized hospitals. Three patients had moderate head, foot or hand wounds that could be treated at the MSF-supported hospital, and five patients had less severe wounds to the head, leg, foot or hand, also treated at the hospital.

One of the senior doctors in the MSF-supported hospital explained the nervousness currently felt by his medical team: "After a big mass casualty influx we faced last week, and this new influx of wounded yesterday, the hospital has increased its readiness. We took a decision to stop receiving all non-emergency cases in the coming days. We are expecting to receive other casualties due to increased bombing in the area. Turning away patients is never an easy decision for any medic or hospital to take…But we feel it is now necessary for our medical teams to be on permanent standby for urgent lifesaving surgery."

MSF-supported hospitals in the Idlib region have now responded to two mass casualty events in one week, and it is clear that the need for life-saving medical care is as high as ever in this protracted and violent war.

"MSF calls on all warring parties in Syria to ensure the protection of civilians, including health workers and their patients," said Duccio Staderini, MSF head of mission for Syria operations.

Also in northwestern Syria, MSF runs a specialized burns unit that provides surgery, skin grafts, dressings, physiotherapy and psychological support. MSF provides distance support to primary and secondary health care in several hospitals and clinics around Idlib and Aleppo, and has co-management partnerships with three hospitals, including the hospital that responded to Thursday's mass casualty event.

MSF's medical programs across Raqqa and Al Hassakeh governorates in northeastern Syria have been reduced or suspended since October 15 as MSF has been unable to ensure the safety of it teams due to the conflict in the region. 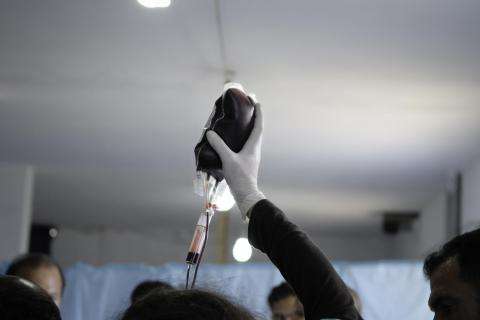 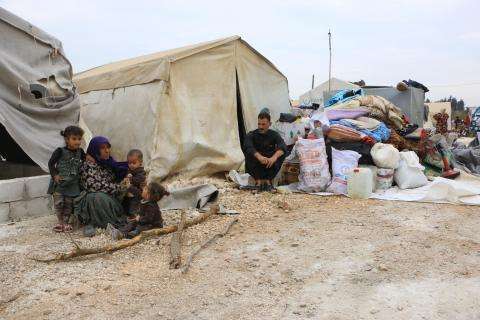