On June 19, 2009, MSF will hand over operation of the Seruka Center in the Burundian capital of Bujumbura, to a local association. 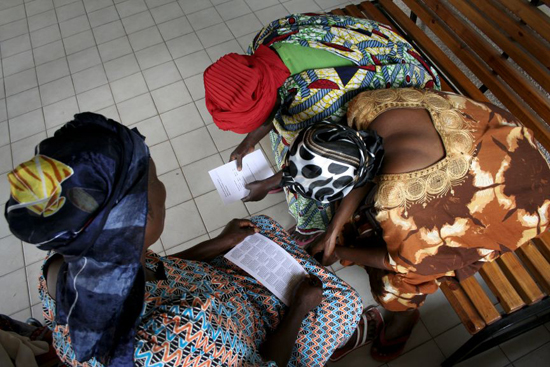 Victims of sexual violence receive treatment at the Seruka Center in Bujumbura.

On June 19, 2009, Doctors Without Borders/Médecins Sans Frontières (MSF) will hand over operation of the Seruka Center in the Burundian capital of Bujumbura, to a local association. The center has been specializing in the treatment of victims of sexual violence for the past six years. “Initiative Seruka pour les victimes de Viol” (ISV) was created in 2008 by members of the Burundi national staff working in the Seruka Center.

“We have covered a great deal of ground since the center opened in 2004, and it’s time for MSF to hand its activities over,” said Luis Encinas, MSF’s operational coordinator in Brussels. “The Seruka Center has raised awareness of the reality of rape in Burundi and has brought it out of the dark. MSF is passing on an equipped and functioning center, run by staff trained in the medical and psychological care of victims of sexual violence.”

In six years, the Seruka Center cared for more than 7,800 people who had suffered from sexual violence. The number of people seeking help at the center has now stabilized at around 130 a month. In order to respond to the still significant needs, the continuity of the center’s activities will be assured through support from the French Cooperation, the United Nations Population Fund (UNFPA), the United Nations Development Fund for Women (UNIFEM) and the United Nations Children’s Fund (UNICEF).

“There is a great deal of work ahead of us, and some difficult challenges to face,” said Christa Josiane Karirengera, coordinator of the Seruka Center and a member of ISV. “In Burundi, rape is still a reality, and we battle with it through our movement ‘OYA!’ which means ‘NO!’ in Kirundi. Moreover, the Seruka Center remains the only facility in Burundi offering medical and psychological care for people who have suffered sexual violence.”

Patients at the center currently receive appropriate medical and psychological care, involving treatment of wounds; prevention measures against HIV/AIDS, hepatitis B and sexually transmissible infections; prevention against undesired pregnancy and psychological support. More than 85 percent of rape patients now come to the center within the first 72 hours, following the center's efforts to inform women about this critical window which allows HIV/AIDS prevention measures to work to their full effect.

MSF has been working in Burundi since 1993. In addition to the Seruka Center, MSF runs an emergency gynecological-obstetrics center in Bujumbura Rural province, and continues to respond to medical emergencies in Burundi, including the recent nutritional crisis in Kirundo province and the floods in Buterere commune, in Bujumbura Mairie.