Chile: "Houses Were Literally Swallowed by the Tide" 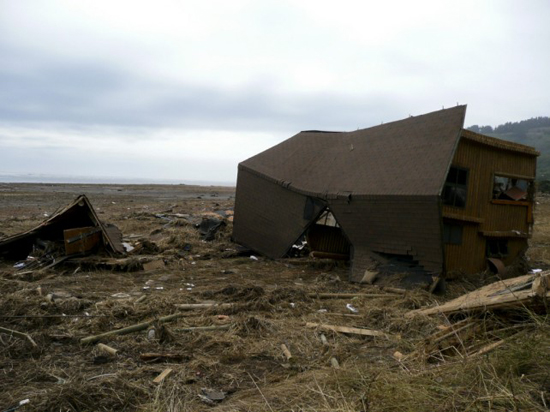 Doctors Without Borders/Médecins Sans Frontières (MSF) teams in Chile have increased the distribution of medical supplies and relief material such as hygiene kits, plastic sheeting for shelter and blankets in the regions of Maule and Bío Bío, which were severely impacted by the earthquake that struck the country 12 days ago. Additionally, a team of psychologists is supporting the training of mental health workers who will assist the affected people.

The First Days After the Quake

Pierre Garrigou, a MSF logistician from Argentina, describes the situation he encountered in the first days after the quake: “Inland, in the areas far from the coast, there were lots of destroyed buildings, lots of rubble. Yet on the coast, earth tremors were compounded by a tsunami, which really devastated everything. While your home may collapse as a result of the earthquake, you may still be able to rescue something amongst the rubble; yet on coastal areas houses were literally swallowed by the tide.” Many people lost their belongings. Many were left homeless and had to camp in precarious makeshift shelters. MSF therefore focused initially on improving people’s living conditions by distributing plastic sheeting, rope, blankets and jerry cans, along with hygiene kits.

After the earthquake, “The village was plunged into sheer despair,” says Mariano Pérez, a master carpenter who lives in the village of Licantén in the hills of northern Talca. “There was no water or electricity, and at dawn I saw that many houses had collapsed.” His own ceiling fell, trapping his son in his room. Perez managed to free his son, and today is grateful that only his house was damaged and that his family emerged unharmed. He belongs to a municipal group that is receiving and sorting out donations at a storage center that was established in the village gym. “Donations from within Chile and from outside make you feel that you are not alone, that there are people out there who care,” he says.

As a result of the losses suffered during the earthquake and the powerful aftershocks that followed, people are deeply traumatised. Each new tremor intensifies the tension and fear in the population. “Once, an aftershock occurred when we were with a lady and her four children,” explains Lina María Peña Peñaranda, an MSF psychologist from Colombia. “She started to cry and I tried to sooth her and comfort her. She did not want us to leave. Her legs were shaking badly and she could not stop crying. We had to keep her company for a long time.”

Children are especially affected by the situation. In Licantén, a woman named Bernardita Soto says her three-year-old son vomits every night and she herself finds it hard to sleep. Macarena Huerta, a kindergarten teacher, says a crèche has been set up in a fenced field as a sanctuary for frightened children. It’s very stressful for children, she adds. They cry every time there is a new tremor. And yet at the same time, they are highly disciplined and know that when the earth shakes they should position themselves in the middle of the prairie.

MSF psychologists in Maule have been supporting the Ministry of Health, collaborating on the training of 128 volunteers—psychologists, social workers and medical students—who will be deployed along the coastal area, helping the affected people regain a sense of normalcy. They have also contributed to the training of 45 people who can coordinate the volunteer teams by conducting workshops on counselling children and grief management.

Everyday, in their operational sites in and around Talca and Concepción, MSF staff works with municipal and state officials to identify the most pressing needs. Then, MSF logisticians, medical staff and psychologists divide themselves into teams, load supplies into trucks, and travel to outlying areas that need assistance. In areas closer to the coast, MSF professionals distribute medical kits to the population while also providing psychological support.

MSF has donated medical supplies to more than 10 hospitals and health posts. This past week, MSF distributed 2,000 hygiene kits in villages where major needs have been identified, and 3,000 extra kits have been prepared for distribution next week. They contain essential items such as buckets, towels, toothpaste, and needles and thread. More than 26,500 people will benefit from these distributions.