View Photo Raphael Piret/MSF
IDP's living under the wings of an abandoned plane in Bangui airport camp (Mpoko). MSF’s emergency team in Bangui is providing medical care at camps for displaced people, following an outbreak of violence that has swept through the capital since 5 December. MSF’s clinic at the airport is addressing the medical needs of more than 100,000 displaced people who have sought refuge at the airport. MSF is primarily providing dressing for wounds, abscesses and burns and treating respiratory tract infections and malaria, but also providing referrals of medical and surgical emergencies to hospital structures in the city, such as the Castor Maternity, the Community Hospital or the Pediatric Complex in Bangui.
Raphael Piret/MSF
Click to hide Text

The humanitarian crisis in the Central African Republic (CAR) has gone largely unnoticed internationally, except, perhaps, for one iconic image: a sea of displaced people huddled in the hulls of abandoned, rusty planes. This was Mpoko International Airport, in the capital, Bangui.

While violence divided the country in 2013 and 2014, 100,000 people lived in this camp. Those who couldn’t shelter in the ruins of old airplanes gathered in empty warehouses or built a roof over their heads with whatever scraps they could find.

Today, the international flights that land in Bangui do so next to empty land. Bulldozers have cleared the camp and most of the people living there have returned to residential areas of Bangui.

But many questions remain unanswered. 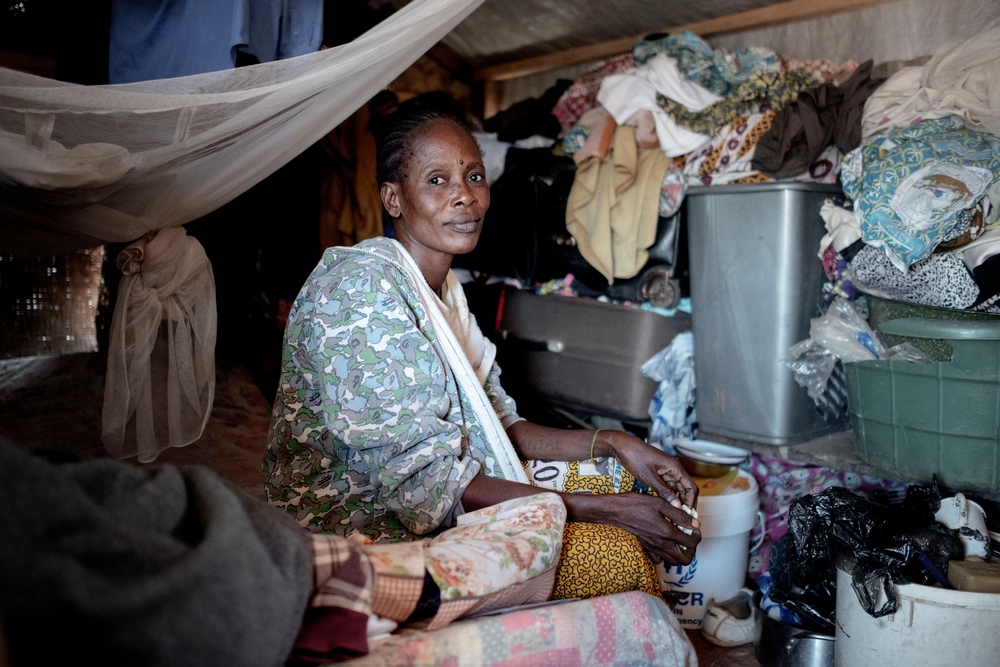 The closure of Mpoko camp is good news: it is a sign of stabilization in CAR, a country where even the oldest citizens can’t remember more than very brief periods of relative stability. But it's also largely symbolic.

Displaced people have little to return to. Families of six have been given 150 euros in cash to restart their lives, but their safety is precarious and they are coming back to poor or non-existent infrastructure and homes that have been destroyed or riddled with bullets. Countrywide, one in four people are still displaced, either inside or outside of national borders.

The camp’s closure had officially been a priority for nearly three years. In September 2015, after a year of relative calm in Bangui, the camp’s population had dwindled to 6,000 people and MSF was preparing to close its hospital and clinics. But a few days before the scheduled reduction of MSF activities, the conflict flared up again. Thousands ran to the relative safety of the airport and the MSF hospital was flooded with people; consultations rose from 250 to 400 a day.

So while there is some cause for cautious optimism, what the history of Mpoko camp shows is that tomorrow is uncertain in CAR. 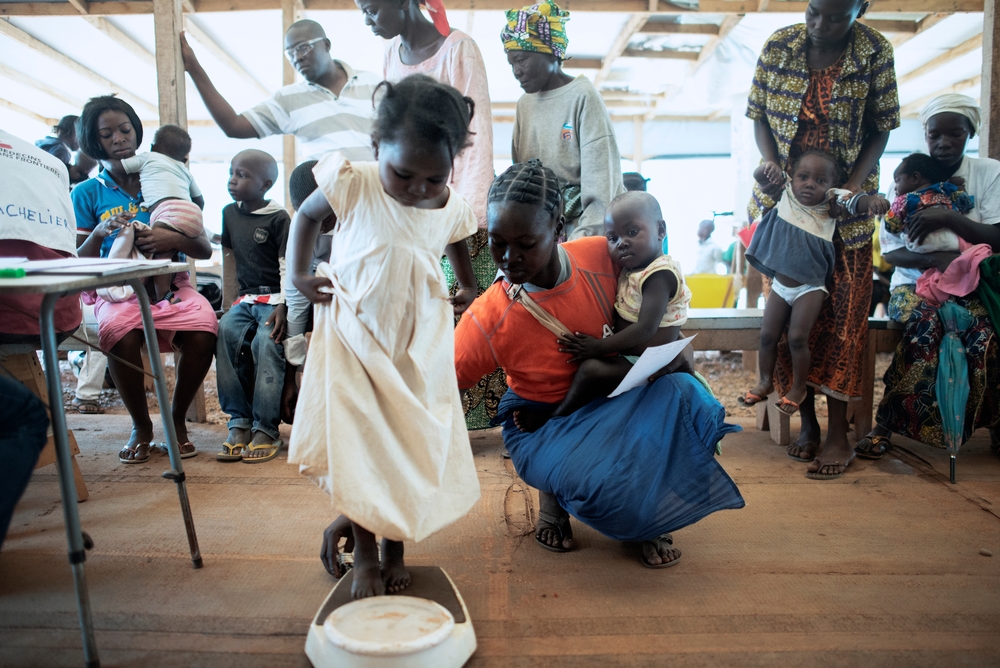 The conflict that made Mpoko camp necessary in the first place reached horrifying levels of violence starting in 2013, with atrocities committed by both sides. MSF’s teams, which started providing medical support in Mpoko just one day after the first families arrived, witnessed the horrendous results, including dismemberment.

Living conditions in the camp were difficult for the thousands of traumatized people who sought refuge there. But like anywhere else in the world, life and death happened side by side. Over three years, MSF’s hospital staff helped deliver 5,807 babies.

MSF’s international employees worked alongside Central African staff, some of them residents of the camp, who had suffered the worst of the conflict with their loved ones. Altogether, they provided 440,000 consultations, 46,000 emergency medical interventions, and 11,000 hospitalizations in a temporary structure of wooden planks and tarpaulin.

The services at the camp also benefitted those beyond its walls. At the time of its closure, two thirds of the patients in MSF’s hospital in Mpoko were from outside of the camp; some were walking for hours to reach the hospital because there were no other free and reliable medical services accessible to them. Now that the hospital has closed, they’ll need to rely on the limited health services that are available in Bangui.  MSF is helping to renovate a maternity ward in one of the areas of Bangui that people have returned to.

On December 4, 2013, within a few hours, both the United Nations Security Council and France vowed to take action to stop the already extreme levels of violence begun the year prior. One day later, Bangui, where some of the fighting was taking place, descended into all-out war and the first displaced people fled to Mpoko airport, seeking protection by the UN and French troops based there.

International troops have been central in the recent history of CAR, for better and for worse. Accusations of sexual abuse by French and UN troops in the country are still unresolved and remain an ineffable stain on their reputation.

Aside from the mobilization of military resources, however, CAR is at the bottom of international priorities. Despite the glaring needs of people in distress, there is not much appetite to provide basic services in such a dangerous and tense environment. For three years, except for MSF’s permanent medical presence, there were few services in the camp and Mpoko was largely a squalid place to live. Mpoko and indeed the country never saw the mobilization of international aid at levels similar to other displaced peoples or refugee camps. 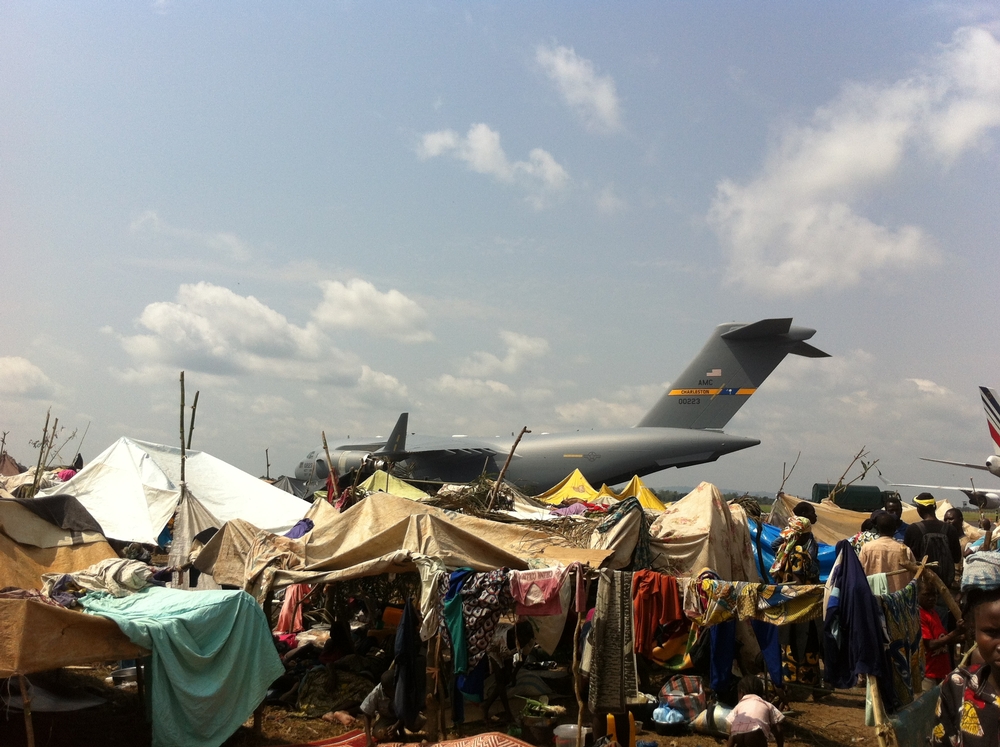 The Image of Mpoko Camp

Though squalid and forgotten, Mpoko camp was still the entry point for coverage of the terrible humanitarian crisis in CAR. Displaced people lived along the tarmac of the country’s international airport—this was, quite literally, the first thing one saw upon arrival in CAR.

Traveling across the country is difficult in the best of times, with few usable roads, and highly dangerous during the crisis. So, for visiting journalists and their readers around the world, this striking image became the face of the underreported CAR crisis, and without it the crisis may have been completely ignored. Now, however, its gone.

MSF remains one of the main health actors in CAR, with 17 medical projects across the country, including a surgical program and a maternity project in Bangui.

IDP's living under the wings of an abandoned plane in Bangui airport camp (Mpoko). MSF’s emergency team in Bangui is providing medical care at camps for displaced people, following an outbreak of violence that has swept through the capital since 5 December. MSF’s clinic at the airport is addressing the medical needs of more than 100,000 displaced people who have sought refuge at the airport. MSF is primarily providing dressing for wounds, abscesses and burns and treating respiratory tract infections and malaria, but also providing referrals of medical and surgical emergencies to hospital structures in the city, such as the Castor Maternity, the Community Hospital or the Pediatric Complex in Bangui.
Raphael Piret/MSF