Attacks on villages by the Lord's Resistance Army have displaced hundreds of thousands of people. Many of the rebel group's victims have been abducted, raped or killed. Tens of thousands of survivors have taken refuge in Southern Sudan, including one 16-year-old boy. 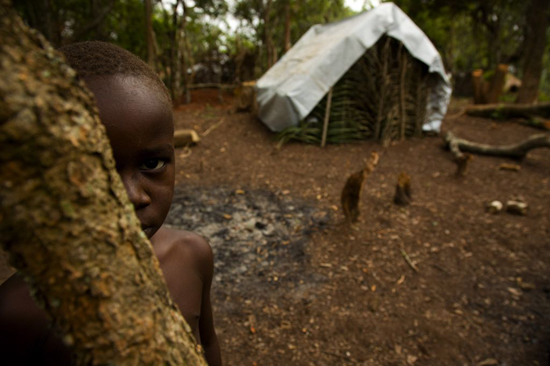 A young refugee from DRC takes shelter in a camp in Southern Sudan along the border. 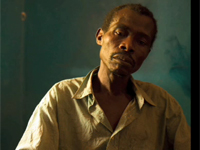 Joseph*,16, was abducted in January from his school. Twenty of his fellow students were also abducted, including his brother, Henry, during an attack on his village in northeastern Democratic Republic of Congo (DRC). Joseph's village was just one of those targeted in a relentless series of attacks by Ugandan rebel group, the Lord’s Resistance Army (LRA).

A joint military offensive by the national armies of Uganda, DRC, and Southern Sudan against the LRA exacerbated the situation, sparking more violent reprisal attacks by the rebel group against civilians in this area. During these attacks, entire Congolese villages are often looted and burned to the ground; people are hacked to death with machetes and women and children abducted as sexual slaves, forced to carry looted goods, or recruited to fight.

“They killed people we passed on the road, right in front of me,” Joseph said. "They beat them with sticks, stabbed them with bayonets, and threw their bodies into the river. I was afraid that if I stopped to rest they would kill me too, so I marched and marched under the weight of that heavy sack. In the morning they gave us 25 lashes each. That was breakfast."

According to official estimates, up to 250,000 Congolese have been displaced from their lands and livelihoods. Entire families have been ripped apart and a toxic climate of fear reigns. Tens of thousands have fled as refugees to neighboring Southern Sudan, seeking safety and assistance in the Sudanese border states of Central and Western Equatoria. However, the LRA are present in those states too, where sporadic attacks have also displaced thousands of Sudanese. The United Nations Office for the Coordination of Humanitarian Affairs (OCHA) estimates that there are 50,000 Congolese refugees and Sudanese displaced in Western and Eastern Equatoria.

No time to bury the dead 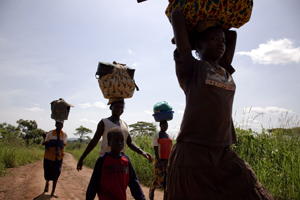 A group of refugees who fled from DRC to Southern Sudan, on the road to Nyori refugee camp in Central Equatorial State, Sudan.

After three days, the LRA ordered Joseph and some other boys to leave, but not his brother. Joseph was ordered to run, without time to even say goodbye to Henry. He returned to his family home, but everything was destroyed, everyone had fled.

“Father and mother had stayed close by, hiding in the forest to get news of us. When I told them Henry was still captive, my father started crying. But he said there was no way to wait for him, that we had to run.”

In the frenzied panic of fleeing a direct attack, there’s often no time to wait for the slowest and the oldest, no time to bury the dead. Others, like Joseph and his parents, who flee ahead of new bouts of violence and bloodshed, frantically gather what family and possessions they can, abandoning homes and livelihoods to begin the treacherous journey across the border.

People escape through the dense pluvial rainforest connecting DRC and Southern Sudan. Relentlessly on the lookout for rebels, refugees' lives are also at risk from wild animals. Many survive by eating jungle roots and drinking whatever water they can find, only moving forward once they believe the track ahead is clear.

Seeking sanctuary in an insecure Sudan 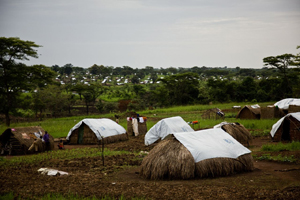 Shelters in a refugee camp in Central Equatorial State in Southern Sudan, near the DRC border.

Once in Sudan, they either seek assistance in the new refugee camps, or build temporary shelters within Sudanese communities. They group as close as they can to big gatherings of people, hoping for security in numbers. They also stay close to roads leading back to Congo, awaiting news from newly-arriving refugees about loved ones left behind or abducted. Sometimes they even travel back to their fields in Congo to try to tend to their lands, in the hope they can grow some food for the next harvest.

However, Southern Sudan itself is a region fraught with tension, increasingly violent clashes in several areas, deep poverty, and an acute lack of access to basic services. In the border states near DRC, driven by fear of further attacks, some groups of Congolese refugees and Sudanese fashion their own weapons, organizing community patrols to try to protect themselves.

“It’s sad that these people must come looking for safety in a region that is not even secure itself,” said Karl Nawezi, MSF’s head of mission for Southern Sudan. “Our medical teams across Southern Sudan already battle to cope with the huge needs that exist for the Sudanese. Yet, Congolese patients tell us that they somehow feel a little safer here, despite the fact that the LRA is also active in the region.” 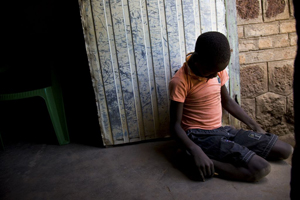 Regis is a young Congolese boy, partially paralysed, whose father was killed in DRC by the LRA. Regis was saved because he was hiding behind the latrine at the time of the attack. He was brought to Southern Sudan on the back of a bicycle and has now been taken in by an elderly Sudanese woman.

As the refugees began to stream across the border and the displaced Sudanese began to move within the southeastern border states, MSF teams already providing medical aid in the country quickly established emergency projects to provide health care, shelter, and sanitation for the displaced and refugees. In September 2008, MSF teams in Western Equatorial State (WES) began to assist a population of more than 15,000 refugees and displaced. Then, in February 2009, MSF started a second emergency program in Central Equatorial State (CES) to assist another 7,000 refugees.

“People who flee have urgent needs," said Nawezi. "The first week we opened our clinic in one of the refugee camps we received 500 people. Imagine a heavily pregnant woman fleeing through the jungle, to a country she doesn’t know, then having to give birth. We are here to offer her somewhere safe to deliver her child, somewhere she can be cared for to ensure she and others like her can be treated with dignity.”

Medical aid, food, shelter, and sanitation are all essential to assist victims of this violence. Yet this is only one part of the healing people require. Living in constant terror of attack, many refugees are completely traumatized. As well as losing loved ones, they have also lost their sense of security; their peace of mind is destroyed. MSF teams try to address this through specific mental health projects for those affected by violence, including women and children who escaped abduction. MSF counselors organize group and individual sessions, while also working to raise awareness in the community about the psychological impact of violence and how people can seek help. To date, they have provided specific mental health support to more than 300 people. 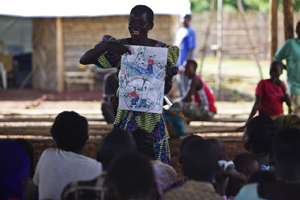 An MSF health promoter speaks to refugees at a camp in Southern Sudan.

“I will never forget one lady—she used to sit under a tree in the camp, weeping," said Francesca Mangia, MSF project coordinator at the refugee camp in Central Equatorial State. "Her daughter had been raped in front of her and then abducted. She didn’t know whether she was dead or alive. The violence has destroyed lives. People don’t sleep because attacks on their villages took place as darkness fell and they are afraid to close their eyes at night.”

Refugees continue to cross the border into Southern Sudan every week. Uncertain of when the violence will end or if they can ever return to their homes again, a sense of hopelessness and uncertainty permeates their lives, and those of the displaced.

Four months after reaching Sudan, Joseph received the good news that somehow his brother Henry had managed to escape from the LRA, and that he was in a hospital in the DRC. His father tried to travel back to DRC to find Henry, but the roads were too dangerous and it was impossible. He will try again once he thinks it is safe. However, life for Joseph and his family remains bleak.

“I’m so worried about Henry, about our future. The LRA are in my home in Congo. I am a refugee in Sudan, but they are also here. There is nothing to think about the future. What future?”

*All names have been changed, with the exception of MSF staff, to protect patients' identities.