DRC: Lives at Risk as Fighting Continues in Katanga Province

Fighting in Katanga province of the Democratic Republic of Congo has forced thousands of people to flee their homes and perilously reduced access to lifesaving medical services. 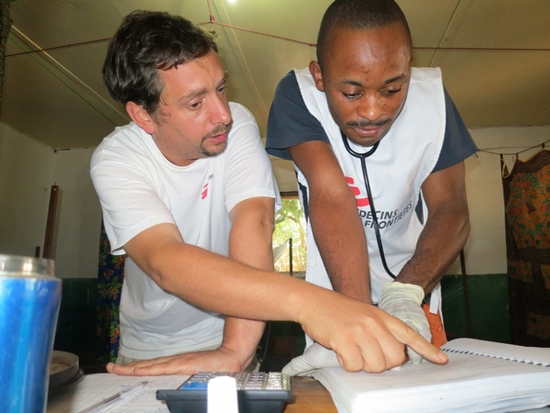 Amid fighting between government forces and Mai-Mai militias over recent weeks, about 500 displaced people sought refuge on the grounds of the MSF hospital in the town of Shamwana. Many others who fled farther away are cut off from essential health care due to fear of moving from the bush.

“People living here are terrified,” said Thomas Mollet, an MSF doctor in Shamwana. “We’re surrounded by empty villages and have seen a drop in patient numbers at the hospital. People have fled and don’t dare to seek medical treatment. They’re too scared.”

The fighting has also curtailed MSF outreach activities, and some Congolese nurses employed by MSF were forced to flee with the population into the bush. The MSF health centers in Monga and Kishale were looted, and solar panels were stripped from the roof. Attempts are being made to deliver medicines to remaining health posts in the area.

The people who sheltered at the MSF hospital have since moved a short distance away because of challenges maintaining hygiene within the hospital compound.

Other displaced people with urgent medical needs are often unable to reach a health facility in time. In one case last week, a child died of severe malaria after arriving too late at the MSF hospital due to delays at a roadblock.

“We’re seeing patients who arrive at a very late stage, often in a life-threatening condition, and in need of emergency care,” said Dr. Mollet. “One case was a pregnant woman who had been in labor for days but was too afraid to travel when complications arose. Her baby died before she reached our hospital, but we were able to save her life.” A more detailed version of this patient's story is available here.