MSF is mobilizing medical resources to the town of Kitchanga, where fighting has caused widespread casualties and damage to health facilities. 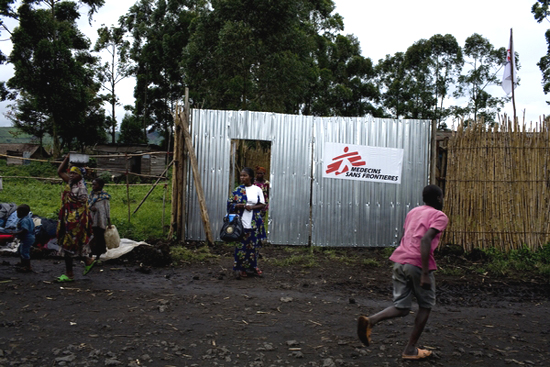 GOMA, DRC/NEW YORK, MARCH 1, 2013—Amid fighting in the town of Kitchanga in the east of the Democratic Republic of Congo (DRC), which has caused widespread casualties and damage to health facilities, the international medical humanitarian organization Doctors Without Borders/Médecins Sans Frontières (MSF) is mobilizing medical resources to the affected area, the organization said today.

More than 55 civilians have reportedly been killed in the fighting, and 135 people wounded. Shelling also struck St. Benoit Hospital in Kitchanga today, killing two people and wounding eight. Many homes and other buildings have been burned, including the MSF compound. Thousands of civilians have fled.

Several MSF Congolese staff members were displaced from their homes by the fighting, and widespread panic and fear is gripping the population as tensions between communities in the region escalate.

Reaching Kitchanga is extremely difficult. An MSF surgeon, anesthetist, nurse, and emergency logistician arrived by helicopter yesterday to provide additional support to an MSF medical team based in the town. Dressing kits, surgery kits, medicine, plastic sheeting, and tents were also delivered. Several wounded people were also transferred to the North Kivu town of Mweso and to the provincial capital, Goma, for further treatment.

MSF provides primary and secondary health care throughout North Kivu province. It operates health centers and mobile clinics and supports reference hospitals in Mweso, Pinga, Masisi, Rutshuru, and Kitchanga. It also operates cholera treatment centers in and around Goma. Emergency teams regularly evaluate and respond to needs in other areas in North Kivu.