The Greek government has announced to temporary close down the Pagani detention center. MSF sees this as a welcome first step towards more humane treatment of undocumented migrants and asylum seekers. 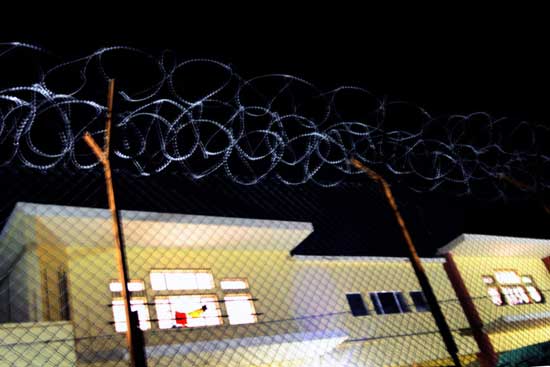 The Pagani detention center on the island of Levbos will be temporarily shut down for repairs. The closing has raised anticipation of a potential change in Greek immigration policy.

The Greek government has announced they will temporary close down the Pagani detention center. Doctors Without Borders/Médecins Sans Frontières (MSF) sees this as a welcome first step towards more humane treatment of undocumented migrants and asylum seekers.

In order to carry out repairs, Greek authorities have decided to temporarily close the Pagani detention center, which is located in Lesbos, an island in the eastern Aegean Sea. The center is normally home to around 1,200 migrants and asylum-seekers living in deplorable health conditions.

"MSF is pleased that the authorities have decided to close the center and take action to improve the living conditions, since it is unsuitable for human habitation"

"Although there are currently still a small number of people inside Pagani, as there are no boats leaving the island on a daily basis, MSF is pleased that the authorities have decided to close the center and take action to improve the living conditions, since it is unsuitable for human habitation," said Christos Papaioannou, MSF field coordinator in Lesbos, which has provided mental health care to detainees since August.

However, it is still unclear whether the detainees be transferred to the neighboring island of Chios. "There is always a big question mark about what happens to these people when they are released or transferred to other locations. We understand that migrants arriving in Lesbos are now being transferred to Chios. We therefore plan to assess the situation there and find out whether there is need to provide assistance," said Micky van Gerven, MSF head of mission in Greece.

The decision to shut down Pagani has raised anticipation of a potential change in Greek immigration policy. "We hope that instead of re-opening the facility as a detention center, the authorities proceed with a plan for open reception centers for migrants and asylum seekers. This would enable proper screening for the population and more importantly, it would mean that people, vulnerable groups especially, would not be detained," said van Gerven. "In general, we hope that the case of the detention center of Pagani signals a changing detention policy towards open centers for screening and administration purposes, humane treatment for the population, access to health care and asylum procedures. The conditions inside the two other detention centers in which MSF is currently providing mental health support remain extremely difficult for the people—it is up to the government to use Pagani as a successful example of a new approach that respects human dignity."