Tens of thousands of refugees fleeing fighting in Sudan are facing a full-blown humanitarian crisis as they seek refuge in already-overcrowded camps in South Sudan. 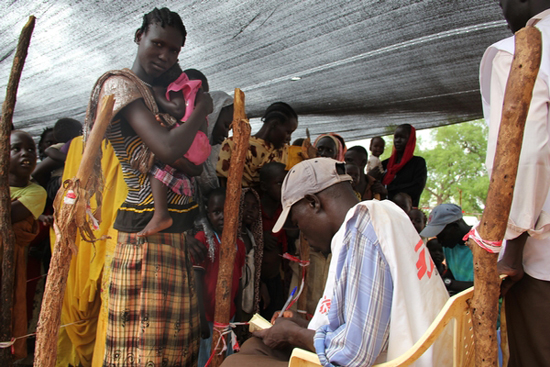 Refugees fleeing conflict and food insecurity in Sudan are arriving to already-overcrowded camps in South Sudan. 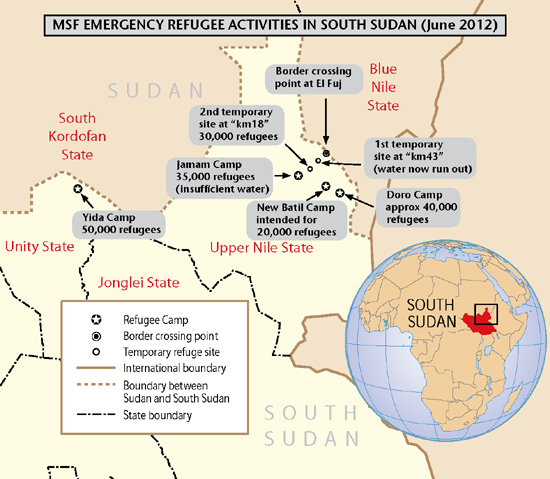 Refugees Dying from Lack of Water in South Sudan

Approximately 35,000 people crossed the border into South Sudan’s Upper Nile State over the last three weeks. Camps there are overcrowded and aid workers are struggling to provide enough water for the 70,000 refugees already in the area. The new arrivals gathered at a temporary site but when the water there ran out, 15,000 people walked 25 kilometers en masse overnight on Monday in search of fresh supplies.

“It was a truly shocking sight as we witnessed some of the weakest people dying as they walked—too dehydrated for even the most urgent medical care to save them,” said MSF doctor Erna Rijnierse. “We went early on Tuesday morning to provide medical assistance and rehydration points along the route.”

Refugees arriving in Upper Nile and Unity State are encountering overflowing camps where basic, life-sustaining supplies and services are unavailable. Despite efforts by a few aid organizations in the camps, conditions and facilities are wholly inadequate for both existing populations in the camps and the increasing influx of new arrivals. Many people have walked for days or even weeks, arriving in already terribly weakened condition.

The refugee camp at Yida in Unity State has expanded dramatically over the past two months, to around 50,000 people. Up to one thousand new refugees arrive daily.

“What concerns us most in Yida is that half our consultations are for water-borne illness that are easily preventable with proper hygiene, sanitation, and the availability of potable water,” said André Heller Perrache, MSF head of mission in South Sudan. “Many patients keep coming back for repeat treatment. Most are children for whom diarrhea can be life-threatening. We are also seeing increasing malnutrition.”

The start of the rainy season adds to the urgency.

“As the rainy season intensifies, the situation for the refugees becomes increasingly precarious,” said Heller Perrache. “Some crucial access roads are already becoming unusable, and MSF urgently calls upon aid organizations involved in providing basic, minimum services to catch up with the ever increasing camp populations.”

MSF has a massive presence in the refugee camps, with more than 350 staff. In total MSF is carrying out more than 6,500 medical consultations per week and providing urgent medical care for the most critically ill among the newly arriving refugees. MSF is also working to prevent the outbreak of disease by conducting measles vaccination campaigns for children under 15. At various temporary points in Upper Nile State, MSF is treating and distributing water, but available water sources will soon run out.

“It is critical that more organizations get involved in trying to move the refugees to more suitable locations and provide appropriate conditions in the existing camps without delay,” adds Rijnierse.