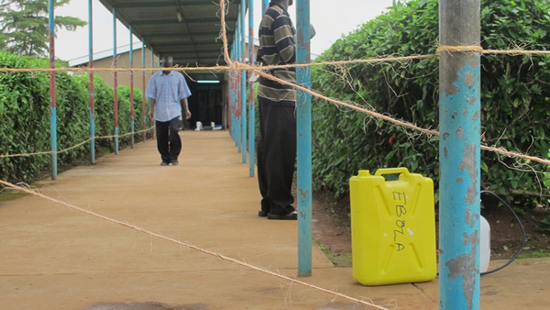 Inside the hospital in the town of Kigadi, the epicenter of the ebola outbreak 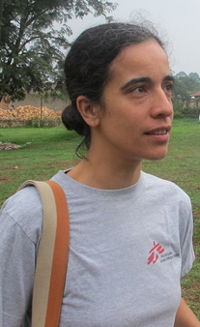 Kigadi, 1 August 2012—Outbreaks of Ebola are rare, but for Dr. Olimpia de la Rosa, Doctors Without Borders/Médecins Sans Frontières (MSF) emergency coordinator, dealing with the disease is nothing new. The last time Ebola hit Uganda, in 2007, she supported an MSF team that fought the spread of the deadly virus. Five years later, MSF’s emergency response is again in full swing as teams help to combat a new outbreak.

What is the current situation in Uganda and how many people are affected?

So far 36 cases of Ebola have been reported, and the disease has claimed 14 lives. Laboratory tests have officially confirmed that the virus is Ebola.

Where is the epicenter of the outbreak?

Eighteen people with Ebola have been admitted to the hospital in Kigadi, in western Uganda’s Kibaale district. On July 31, an MSF team launched an emergency response in Kigadi to limit the spread of the virus.

Are people in Kigadi scared that Ebola will spread?

The community in Kigadi is certainly concerned, but the situation in the area is calm and the hospital remains open. If we can limit the spread of the Ebola virus, we can get the epidemic under control.

What do you think of the Ugandan president’s advice for people to limit direct contact with others?

It is true that limiting direct contact with others is a good way to protect yourself. But people without symptoms are not contagious, so people should not be scared to go out in the streets. Avoiding contact with other people’s bodily fluids is the best way to limit an Ebola outbreak, but this is only really necessary in the Kigadi region.

Is there a cure for Ebola?

There is no specific treatment for Ebola, but there are people who survive the disease. The death rate depends on the type of Ebola, of which there are five. This outbreak is the Ebola-Sudan strain, which first appeared in Sudan in 1976. It is not the most deadly, virulent strain, but it does cause death in up to 70 percent of cases.

What care do patients receive?

Severe cases require intensive supportive care. Patients are frequently dehydrated and in need of oral rehydration solution. Several potential vaccines are being tested, but it could be years before one is available.

"If we can limit the spread of the Ebola virus, we can get the epidemic under control."

What is MSF doing to stem the outbreak in Uganda?

MSF’s priority is to limit the spread of the virus and to stop new cases from occurring by treating people who are already infected and by setting up a detection system to identify, isolate, and treat new cases as soon as possible. We have set up health promotion teams to alert the community to the symptoms of the virus and to advise them how to avoid infection and reduce the risk of contagion.

Ebola hemorrhagic fever spreads rapidly through direct contact with infected people or animals, and can be transmitted through blood, bodily fluids, and even contact with clothes worn by an infected person. MSF teams wear these suits to avoid exposure to the virus.

When were the first cases of Ebola detected in this outbreak?

The Ebola outbreak was officially declared on July 28, but the first cases appeared on July 12. The early symptoms of Ebola can be similar to other infectious diseases, so anyone displaying symptoms must be treated with extreme caution. The first case appears to have been a three-month-old girl whose mother was also sick. When the girl passed away, her family tried to find out what she had died from but couldn’t find the answer—though there were rumors of witchcraft and magic. Sixty-five people attended the little girl’s funeral, 15 of whom became sick, and 11 of whom have since died.

Why are funerals a concern in an Ebola outbreak?

Because Ebola is so contagious, and spreads through contact with bodily fluids, funerals are a real cause for concern, especially if protective measures are not taken when handling the body. The majority of deaths in this outbreak are of people who attended the little girl’s funeral.

Has the outbreak spread to the Uganda’s capital, Kampala?

So far, the majority of cases of Ebola have been identified in the Kibaale region, which is where MSF has launched its emergency response.