Interview: "We've Brought the Mortality Down in Yida"

An Interview with André Heller, MSFF Head of Mission in South Sudan

In this interview, André Heller, MSF head of mission in South Sudan, discusses MSF's activities in Yida camp, where MSF has reduced the mortality rate of refugees fleeing conflict and food insecurity in Sudan. 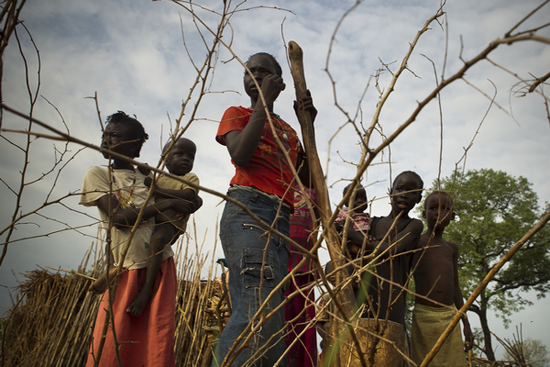 The work of Doctors Without Borders/Médecins Sans Frontières (MSF) in Yida camp is proving effective. As explained by André Heller Pérache, MSF head of mission in South Sudan, MSF contributed significantly to the reduction of the mortality rate in this camp of families seeking refuge from conflict and food insecurity in Sudan. But living conditions remain a concern, as does the high prevalence of disease in the camp. The main causes of mortality and illness have not changed since early July, when the situation reached a critical threshold. So the efforts must continue.

Are things in Yida camp as bad as they were in July, when the mortality rates were so high?

No, we've made significant progress. Between mid-June and mid-July, the mortality rates were twice the emergency threshold levels. One month later, the mortality rate in the hospital was down from 25 percent to 2 percent. But most deaths are still among children under five. They're the most vulnerable ones. Generally speaking, MSF's work has had real impact on the refugees' health. We've brought the mortality rate right down. First of all, we see far more children than one month ago. We're seeing some 3,000 patients per week, who are hospitalized or treated as outpatients. We've multiplied our consultation sites so the children come earlier, before they fall seriously ill. And we give the malnourished ones adapted therapeutic foods.

Can we say that the situation is under control in Yida?

Not completely. First of all because nearly half the children diagnosed with malnutrition need hospitalization. We had to hospitalize 81 children in the week of August 27 alone. Furthermore, the main causes of mortality haven’t changed. If we look at the number of inpatient and outpatient cases treated by MSF, we see that the main causes of mortality haven't changed, except for the number of malaria cases which has risen sharply. We're right in the middle of the rainy season, when malaria peaks. So we must keep up the fight against malaria. Otherwise diarrhea, water-borne infections, and pulmonary infections remain the main causes of mortality. Of course we're increasing our efforts. And other partners are working on access to water and improved hygiene conditions. But there's still room for improvement in this regard.

How did MSF expand its assistance to the refugee population in Yida?

MSF has increased the means deployed, mainly by increasing the number of hospital beds from 40 to 100 and expanding staff numbers. We've quadrupled our expatriate team: doctors, nurses, and water and sanitation experts too, because we're intervening in hygiene and sanitation facilities in the camp.

Concretely, the MSF team has scaled up the capacity for pumping and storing borehole water so that we're now able to provide 80,000 liters of clean and chlorinated water. We also distribute jerry cans, as we saw that the refugees' jerry cans were dirty and contaminated, potentially transmitting infections. And we build public latrines. There were nowhere near enough and the camp's population keeps expanding. While less than before, people are still fleeing the situation in South Kordofan's Nuba Mountains. Up to 1,000 new arrivals register in the camp every week. We don't have precise figures for Yida's population, but it's estimated at between 50,000 and 65,000 people.

What other difficulties do you face?

Since the rainy season started in June, it has been very complicated bringing in material, medicines, food, and so on. Supplies have to be flown in. MSF has a small plane that can transport 750 kilograms [about 1,653 pounds] of freight, but we have to use the United Nations' helicopters too, as everything has to be brought in to Yida. The rainy season will last another two months or longer. It means we'll have mud underfoot for a while yet. We'll need to monitor the refuges' health and continue efforts to improve their living conditions. We've achieved a first step: the mortality rate has been reduced. Now we have to maintain the momentum over the next few months, because the refugees’ situation in Yida is still precarious.

Since November 2011, MSF has been operating emergency programs in South Sudan for refugees fleeing South Kordofan and Blue Nile states in Sudan. MSF has field hospitals in five refugee camps in Unity and Upper Nile states in South Sudan (Batil, Gendrassa, Doro, Jamam, and Yida) and is treating several thousand children each week in therapeutic feeding programs. Furthermore, MSF is vaccinating against measles, providing water and sanitation in the camps, and distributing basic emergency survival items, including soap, plastic sheeting, and food rations.