Italy: Another Tragedy In The Mediterranean For Escapees From Libyan War

On August 4, MSF helped provide medical assistance to about 360 survivors of a boat that sank near the coast of the Italian island of Lampedusa. 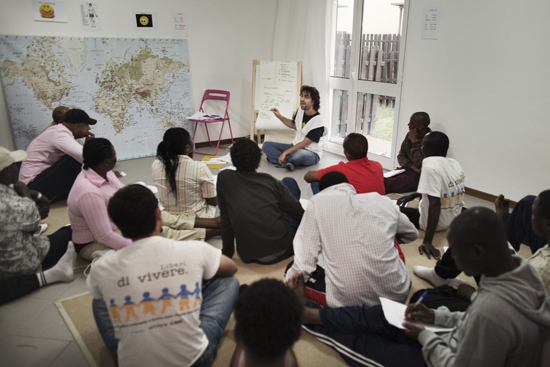 On the night of August 4, Doctors Without Borders/Médecins Sans Frontières (MSF) and other agencies provided medical assistance to about 360 survivors of a boat that sank near the coast of the Italian island of Lampedusa. The authorities estimated that up to a dozen people were also killed when their boat failed to reach land.

MSF’s medical team immediately set about triaging survivors at the port. More than two dozen men and women needed urgent medical care and were transferred to the island clinic. "Most of patients were dehydrated and hypothermic in an obvious state of shock," said Dr. Mark Testa, an MSF doctor in Lampedusa. "Some patients were suffering from severe abdominal pain and had skin lesions," he added.

The survivors said they had been adrift at sea, without food or water, for nearly six days, and that they could only watch as people began dying due to starvation. They kept repeating that they could not believe they had survived while other perished.

"Each new boat, each tragic refugee death is a stark reminder of the war across the sea," said Francesca Zuccaro, MSF Head of Mission in Italy. "These people risk their lives to seek refuge on European shore."

MSF calls on all belligerent parties and neighboring countries to uphold their responsibility, under international law, to keep their borders open and offer protection to those fleeing Libya.

In Lampedusa, MSF has been working with a team of doctors, nurses and cultural mediators, providing medical aid to patients when they arrive at the pier and follow up consultations in the island's detention centers. Between February and July, MSF assisted almost 19,000 people who fled from Libya. MSF's activities in Lampedusa are funded by private donors and the organization does not receive institutional funds from the Italian Government.