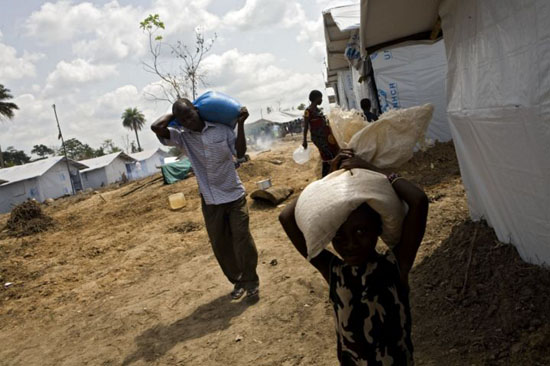 On March 17, Doctors Without Borders/Médecins Sans Frontières (MSF) teams working with Ivory Coast’s Ministry of Health at the Abobo Sud Hospital treated 66 wounded people following violent attacks in the densely-populated Abidjan neighborhood of Abobo. The hospital is the only medical facility still functioning in the neighborhood.

"These patients—including men, women, and children—suffered wounds from gunshots and shell explosions," said Dr. Mego Terzian, MSF emergency manager. "Eight of the 66 patients admitted to the hospital died shortly after arrival. Nine additional bodies were brought to the hospital, for a total of 17 deaths registered there."

Over the past few weeks, increasingly intense confrontations have had serious repercussions for the population at large, much of which has been trapped in the conflict. Since late February, MSF has been providing emergency medical care in Abobo Sud Hospital, working in close cooperation with the Ministry of Health. Over the two weeks prior to March 16, the teams treated 129 patients. Seeking treatment is not a simple matter for people who require care but are afraid to leave their homes, however. Travel within the city is risky because of fighting and because groups of young men have erected blockades in the streets.

The fighting has also forced many people to flee. In recent weeks, displaced persons from Abidjan have set up camps in 24 sites in and around the city. Thousands of others are housed with host families. The situation is the same in the western part of the country, where fighting has forced most health care workers to abandon health facilities—which are running low of medicines—and forced many people in the area to flee to neighboring Liberia.

The instability makes it difficult to access populations, particularly in areas close to the front lines.

"In this context, patients must have access to care, medical teams must be able to work freely, and health care workers—and medical facilities and ambulances—must be respected," says Dr. Terzian.

In addition, commercial and financial sanctions imposed by the international community, together with transportation problems, have led to shortages of medicines and medical supplies. Health facilities in many regions lack basic medicines for treating chronic and acute illnesses.  MSF's donations of medicines and medical supplies to health facilities are thus critical, but they cannot meet all the needs in a country caught in a worsening crisis.