MSF is providing surgical care and training in several sites in the long-besieged Libyan port city of Misrata. 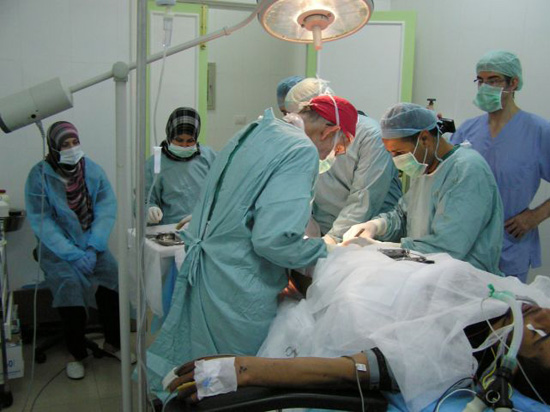 MSF surgical team at work in Abbad hospital in Misrata.

A semblance of normalcy has returned to the port city of Misrata in western Libya. Since the anti-government rebels retook the city, boats have been bringing supplies regularly from the eastern city of Benghazi, the rebellion’s putative capital, and stores have reopened their doors.

After a nearly three-month long siege, fighting has ended in the center of Misrata. The front line has pulled back to outside the city. However, while the situation has changed since the first Doctors Without Borders/Médecins Sans Frontières (MSF) team arrived on April 18, bombing continues nearby, producing scores of victims. On June 10, violent fighting west of the city wounded 150 people, 51 of whom sustained serious injuries. 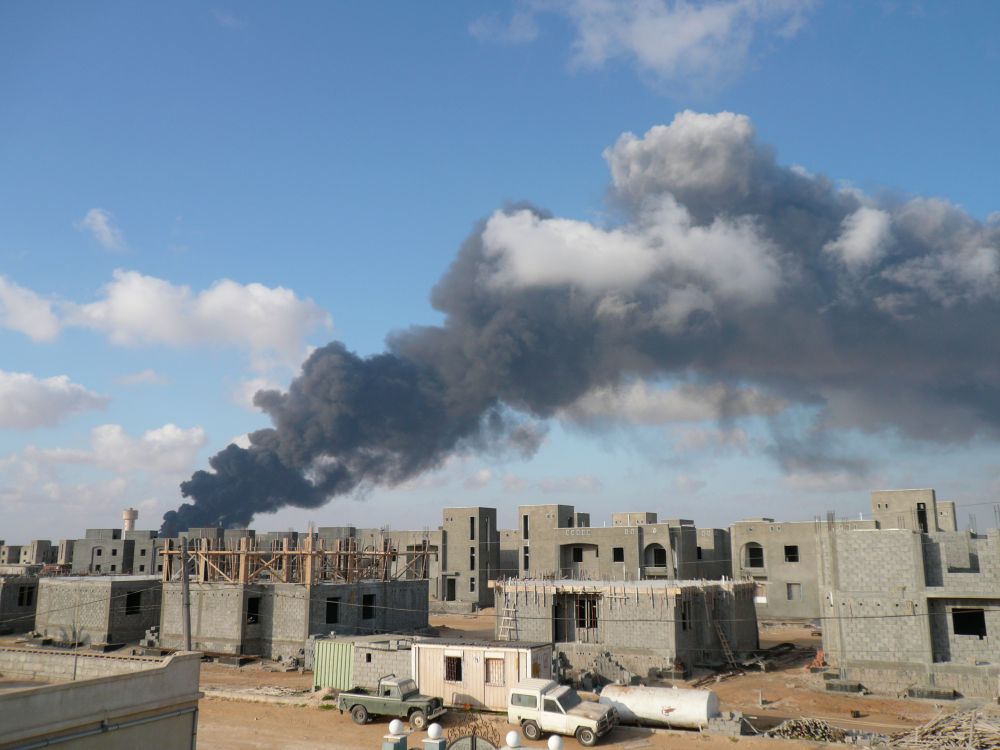 Smoke rising over Misrata following a bombardment in the city center.

On that day, the MSF surgical team working at the Kasr Ahmed hospital treated 33 wounded patients from Dafnya, on the western front line. The other wounded were treated at the Al Hikma hospital, the city's trauma hospital, and the Abbad hospital. The months of siege left behind massive destruction, including a central pharmacy that is now a pile of rubble. However, the city still has medical facilities and infrastructure.

There are some very specific medical needs–for example, the system for referring patients by ambulance is poorly-organized and wounded patients are often transferred to the hospital by regular automobile, without appropriate medical assistance.

To address that, MSF has begun working with Libyan medical teams at the advanced medical posts set up close to the front lines to stabilize the wounded before transferring them to a hospital. In concrete terms, this involves upgrading medical equipment at the advanced posts, training staff to stabilize the wounded and equipping ambulances and posts with radio communication equipment.

On June 10, 26 war-wounded patients who had been stabilized at the Dafnya advanced post were transferred directly to Kasr Ahmed hospital. The MSF team treated them and performed trauma surgery at the site, close to Misrata. As in other conflict settings, the MSF team had provided prior training in this kind of surgery

"I offered training in trauma surgery because the staff on-site did not have much experience in this area," explained David Nott, an MSF surgeon. During lunch breaks, using a USB stick containing extensive information and videos, this MSF surgeon provided initial trauma management and organize surgical treatment to an audience of approximately 40 Kasr Ahmed hospital staff, including surgeons, doctors, anesthetists and medical students. The sessions continued for three weeks, the length of his mission.

In addition to trauma surgery, MSF performs revision surgery and skin grafts on patients who received emergency treatment during the siege, particularly at Abbad hospital. MSF also handles surgical emergencies at Kasr Ahmed hospital. Increasing the capacity of this facility is one of the key challenges because many of the city's residents have taken refuge in this neighborhood, which is less exposed to the fighting.

MSF faces several challenges in carrying out these activities, however. First, the only reliable supply route is by sea. The roads crisscross the front lines and are thus inaccessible. Relief teams and medical and logistical materiel are therefore delivered by boats leaving from Malta. The trip takes nearly 36 hours.

There is also a shortage of nursing staff. "Most of the nurses, hygienists and other staff were foreign nationals, originally from the Philippines, Pakistan, Egypt and elsewhere," says Fouad Ismael, MSF's head of mission in Misrata. "They fled the country when the war started." Volunteer medical students have filled in as nurses after receiving basic training in nursing care—specifically, taking and monitoring vital signs—from MSF.

The siege of Misrata and the incessant bombardments have also, unexpectedly, forged a strong sense of solidarity among the population. "One day, we had to unload an entire boatload of freight and volunteers came to take care of it," Ismael says. "They found containers for us and worked very quickly. They all wanted to participate in the humanitarian effort."