View Photo Sara Creta/MSF
An MSF RHIB during a rescue operation assisting people at sea prior to taking them on board the Bourbon Argos Ship.
Sara Creta/MSF
Click to hide Text

Three ships with medical and logistical teams from Doctors Without Borders/Médecins Sans Frontières (MSF) rescued a total of 1,300 people from boats adrift in the central Mediterranean on June 8 and 9. More than one-third of those rescued were women and children, including many unaccompanied minors.

“Some of those rescued needed immediate emergency medical care,” said Irene Paola Martino, MSF medical team leader on the search and rescue ship the Bourbon Argos. “During this latest search and rescue operation, we had to take urgent action to treat one woman who might otherwise have suffered irreversible brain damage or even died. … Only 24 hours after the rescue, seeing our patient recognizing us moved me deeply.” 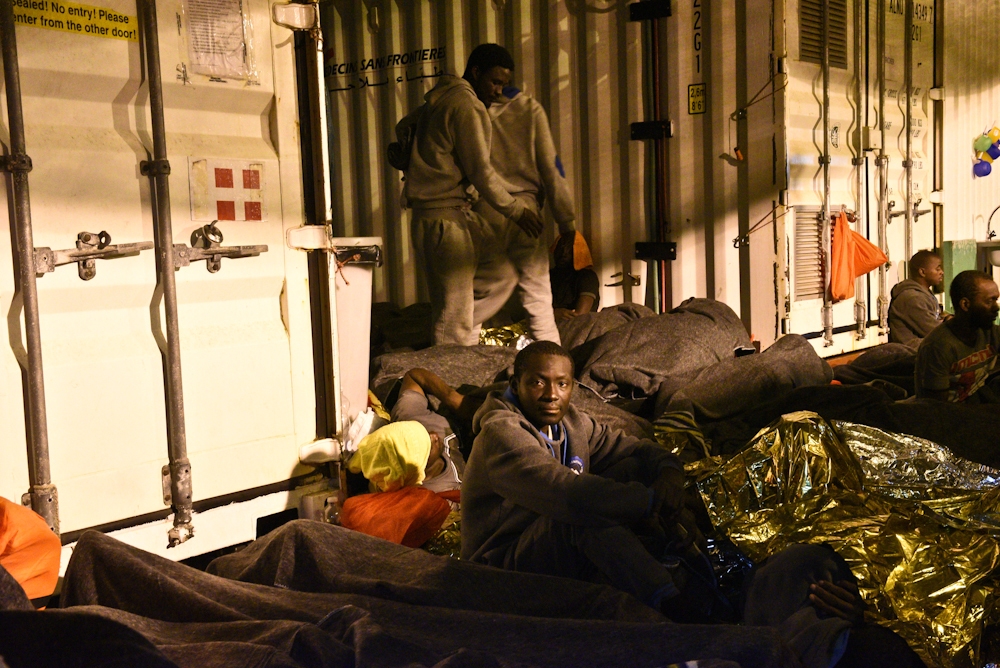 MSF’s medical teams on board mainly treated people for dehydration, fuel burns, hypothermia, and skin diseases. A quick medical response can help prevent people from suffering further medical complications, especially women and children, who are often the most vulnerable.

Of the 362 people rescued by MSF ship the Bourbon Argos, 57 were women and two were children. One woman experienced a severe hypertensive crisis while sitting on the deck of the boat on which she was trying to make the crossing, which was awash with fuel and seawater. In critical condition, she was winched up on a stretcher from the boat to the Bourbon Argos, where she was stabilized by the medical team. Already traumatized during the time she spent in Libya, her precarious condition was aggravated by the journey in the sea before being rescued.

“For those forced to cross the Mediterranean in these conditions, failing to get emergency medical assistance can be fatal,” Martino said. “In situations like these, you realize that your presence can make a real difference.”

The MSF ship Dignity I rescued 702 people from six rubber dinghies. This included 366 men, 225 women and 111 children, many of them unaccompanied. One woman was in urgent need of medical attention, having suffered second-degree burns on 20 percent of her body from contact with fuel mixed with seawater.

After cleaning fuel from the affected area and disinfecting it, the medical team gave her intravenous rehydration, analgesics for pain, and antibiotics to prevent infection. Women tend to sit on the floor of the rubber boats, rather than on the sides like the men, making them more likely to come into contact with leaking fuel mixed with saltwater, which can cause serious skin injuries. 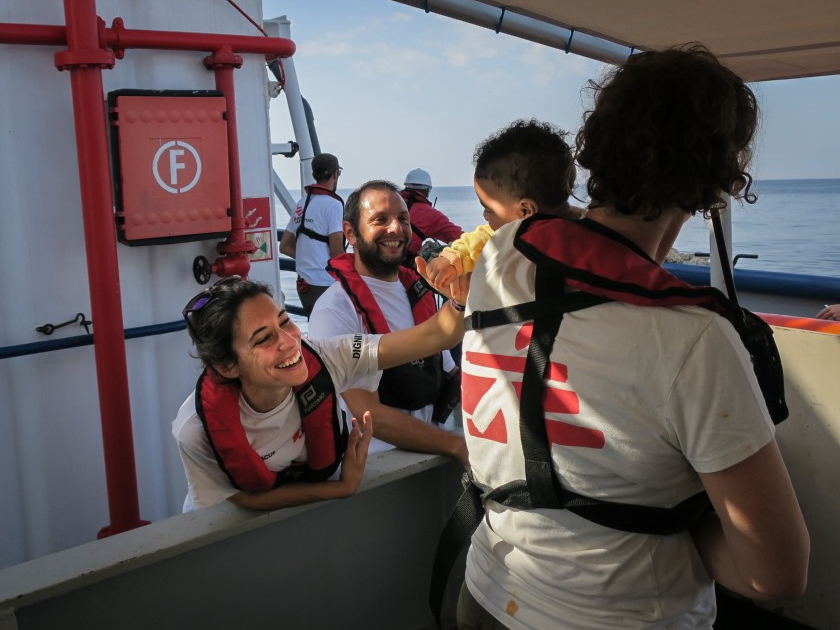 “Over these two days, 38 percent of the people we rescued were women – which is much higher than in recent weeks,” said Astrid Borjeson, MSF medical team leader on board the Dignity I. “On one rubber boat, there were even more women than men, something we have never seen so far. The women’s vulnerability is higher: they arrive exhausted and frightened. Many are travelling alone or with their children. They tell us what they suffered during their journey and in Libya: abuse, sexual violence, detention, forced labor. European countries should give them and their children specific protection.”

The Aquarius (run by SOS Mediterranée, with an MSF team on board) transferred the 236 people it rescued to a non-MSF vessel and is currently heading to Trapani, Sicily, to stock up on supplies.

Since April 21, 2016, when MSF’s search and rescue operations began for this year, MSF teams on board the Dignity 1, Bourbon Argos and Aquarius (in partnership with SOS Mediterranée) have rescued a total of 3,349 people in the course of 27 different rescue operations.

An MSF RHIB during a rescue operation assisting people at sea prior to taking them on board the Bourbon Argos Ship.
Sara Creta/MSF