MSF has evacuated 49 patients suffering from gunshot wounds from Kalma camp to the hospital of Nyala in Darfur, Sudan. 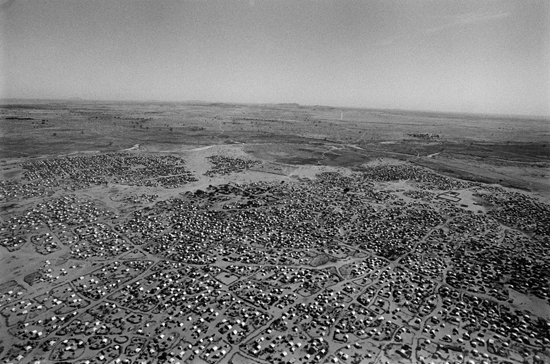 The medical emergency organization Doctors Without Borders/Médecins Sans Frontières (MSF) has evacuated 49 patients suffering from gunshot wounds from Kalma camp to the hospital of Nyala in Darfur, Sudan.

Kalma camp, home to more than 90,000 people, is one of the largest camps for displaced people in Darfur. At least 65 patients were admitted on August 27 to the MSF clinic in the camp after shooting early in the morning. More than half of those admitted were women and children. MSF managed to secure safe passage to evacuate 49 of the most severely wounded to the hospital in the nearby town of Nyala for emergency care. One patient died in the hospital overnight.

MSF teams will try to return to the camp today to provide medical care to the wounded and regular patients. This incident puts increased strain on a population already struggling to cope with flooding that has recently destroyed some 6,000 shelters.

MSF in Kalma Camp
MSF has worked in Kalma Camp since May 2004. Staff run an outpatient department, which provides an average of 4,500 consultations every month. MSF is also focusing on mother-and-child care and running a women's health center with up to 200 consultations per day. The center provides ante- and post-natal care, as well as delivery assistance for high-risk pregnancies and referrals for obstetric emergencies. Medical treatment and counseling are offered to survivors of sexual gender-based violence. A mental health program addresses the profound psychosocial stress and trauma experienced by the population as a result of tenuous living conditions and the psychological trauma directly resulting from conflict. The MSF team also responds to the emergency needs of new arrivals when necessary.