With Niger once again in the grips of a nutritional crisis, MSF is hurrying to care for the most vulnerable members of the population. 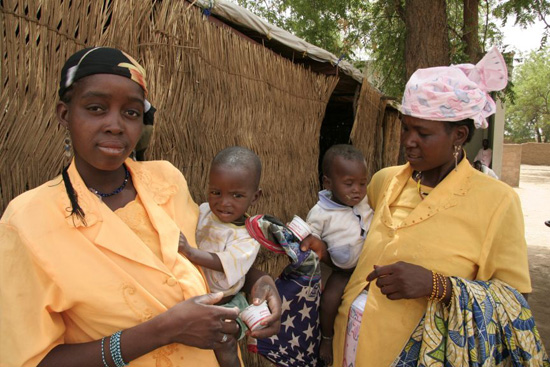 Taking a Community Approach to Malnutrition

The people of Niger are once again facing severe food shortages. Erratic rainfall in 2009 had a heavy impact on harvests. The first signs of a food crisis were seen in early 2010, as food stocks were depleted earlier than usual and there was an exodus of young adults leaving their villages to seek work in cities and abroad. Now there is no doubt that the country is again in the grip of a nutritional crisis.

The system for treating children with acute malnutrition has changed considerably in the past five years. Since 2005, the number of functional treatment centers has grown, and the government has adopted new, more effective treatment protocols.

However, the volume of admissions to nutritional centers recorded in previous years indicates that Niger’s nutrition crisis is a recurrent problem. A recent nutritional survey carried out by Niger's National Institute of Statistics and the Ministry of Health between May and June 2010 revealed that 455,000 children aged between six months and five years are currently suffering from acute malnutrition, and 86,800 of them are severely malnourished. The severely malnourished children account for 3.2 percent of the total number of children in this age range in the country. The youngest children are the most affected, the survey found; 4.6 percent of all children between 6 and 35 months old in Niger are suffering from severe malnutrition.

In order to stop Nigerien children from becoming malnourished year after year, and to allow nutritional care to be effectively integrated into healthcare facilities, the curative response must be combined with stronger preventive action. This year, MSF, together with the government of Niger, will distribute ready-to-use foods adapted to the needs of young children in an effort to protect them from developing severe malnutrition and reduce the risk of mortality.

MSF has worked in Niger since 1985. Besides providing nutritional support to children, MSF supports pediatric and maternal healthcare services in government-run health centers and hospitals in the regions of Maradi, Zinder, Tahoua and Agadez. In Agadez, MSF also provides medical care to migrant populations. MSF responds to emergencies such as outbreaks of disease, and supports vaccination campaigns.