Sana’a/Taiz/New York, March 20, 2020­—Repeated attacks on medical facilities supported by the international medical humanitarian organization, Doctors without Borders/Médecins Sans Frontières (MSF), in the city of Taiz, southwestern Yemen, compromise the safety of medical staff and patients and hinder the delivery of essential medical care to people in Yemen exhausted by the five-year war.

MSF again demands all warring parties to take all necessary measures to respect medical facilities as neutral spaces as defined under international humanitarian law, and to end indiscriminate attacks and other violations that threaten the lives of healthcare workers, patients, and caretakers.

“The actions of the warring parties clearly demonstrate a blatant disregard for the neutrality of hospitals and medical spaces,” said Corinne Benazech, MSF operations manager in Yemen. “Our humanitarian space is threatened by the repeated violations committed by the different warring parties in Taiz.”

Since 2018, MSF has recorded at least 40 violent attacks on the largest public hospital in Taiz City, Al-Thawra General Hospital, which MSF supports. Its hospital buildings and structures were struck more than 15 times by small arms fire and shelling, and there were nearly 10 incidents of medical staff being harassed and attacked.

The hospital is hit repeatedly by indiscriminate shelling from the armed forces of the Ansar Allah group. Patients inside the hospital have also been victims of armed violence by armed groups linked to the internationally recognized Government of Yemen. In one incident, armed intruders entered the hospital and killed patients receiving medical care.

These attacks have forced MSF to suspend activities and Al-Thawra general hospital to close departments on multiple occasions. They have also driven away medical staff from the hospital as they look for safer work elsewhere.

“As medical staff, your life is threatened at every moment in this hospital,” says Hashem*, a staff member at Al-Thawra hospital. “Most of the medical staff left after the many attacks that occurred. There is only one orthopedic specialist left and two specialists in general surgery. The rest of the specialists are no longer here.”

Earlier this month, fighting erupted across the eastern side of Taiz City and quickly spilled into the city, with shelling hitting residential areas. On March 13, Al-Thawra hospital received eight people who were killed in the violence that day. The hospital itself was also struck multiple times by shelling. A week earlier, on March 5, the hospital’s general laboratory was damaged and a medical staff member inside the hospital was wounded.

“All parties involved in this conflict have a responsibility under International Humanitarian Law to ensure that civilians and civilian infrastructure, including hospitals, are respected and protected,” said Benazech.

Since 2015, Taiz City, in southwestern Yemen, has been engulfed in a conflict that has multiple frontlines dividing the city in two. Constant active fighting has long impeded Yemenis’ access to basic services, particularly to essential healthcare.

At the end of 2015, MSF started supporting Al-Thawra Hospital in Taiz City, and quickly extended its support in 2016 to include two other key public hospitals, Al-Jumhouri and the Yemeni Swedish Hospital, to address the health needs of the population.

Between 2015 and the end of 2019, MSF-supported hospitals in Taiz City treated 15,263 war-wounded people, performed at least 3,400 surgeries, consulted 76,766 patients in the emergency room, assisted in more than 8,700 deliveries, and conducted more than 9,500 out-patient department consultations for pediatrics. 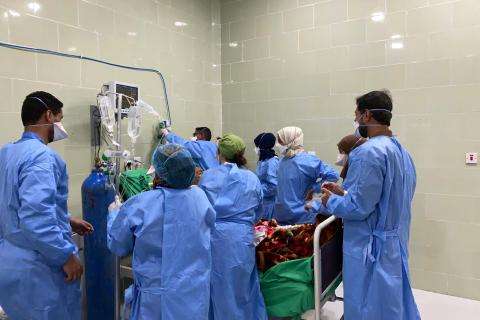 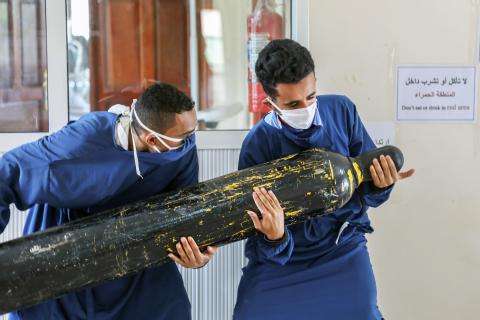 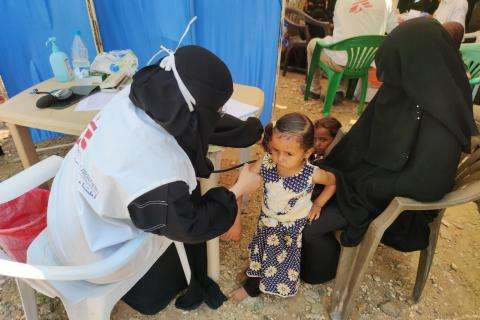