MSF is assisting university hospital teams treating those injured in an explosion in the city of Brazzaville. 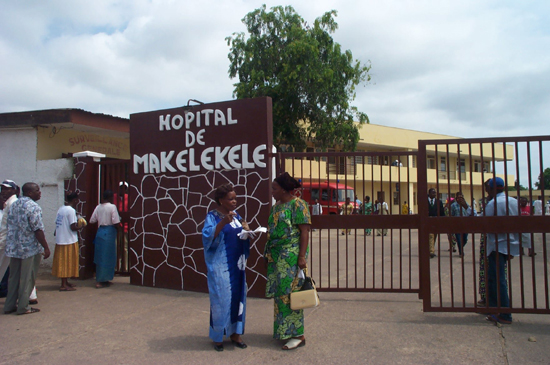 The entrance to Makélékélé hospital in Brazzaville, where many victims of the explosion were treated.

On the morning of Sunday, March 4, 2012, several explosions in Brazzaville killed dozens of people, wounded hundreds of others, and caused significant damage. A Doctors Without Borders/Médecins Sans Frontières (MSF) team is assisting the university hospital teams treating the injured and has contributed medical supplies to the two public hospitals that are still functioning.

Around 8:30 a.m. on Sunday morning, three successive, violent explosions at the arms depot of a military camp located in Brazzaville’s northeast M'Pila neighborhood, caused injuries, deaths, and damage; and panicked the population. Official sources state that the explosions were caused by an electrical short circuit.

"The explosions continued throughout the day and across the city," said Dr. Yann Diplo, MSF head of mission, based in Brazzaville. "Several neighborhoods were affected, including M'Pila, where the military camp is located, Talangai, Ouenzé and the city center."

An hour after the last explosion, MSF's two-doctor coordination team in Brazzaville went to the city's university hospital and to the Makélékélé hospital to assess needs and help the wounded.

"We observed many wounded patients at the university hospital," Diplo said. "Most had multiple traumas. We worked with the medical teams to organize and treated the wounded. We drew up a list of urgent needs and were able to contribute most of the medical supplies requested."

During the 24 hours following the accident, 225 wounded persons arrived at the city's university hospital. Fifteen deaths were recorded. During the same period, the Makélékélé public hospital received 50 wounded patients and recorded five deaths. To increase the two hospitals' treatment capacity, MSF's logistics team set up two tents next to the emergency department.

"On Monday, we conducted an evaluation visit at the Talangai hospital," Diplo said. "It can no longer operate because of the damage caused by the explosions. All of the hospital's wings were affected. There were no patients there when we visited, as they had all been transferred to other hospital facilities."

MSF is preparing another donation of surgical kits to the Brazzaville university hospital and to the Makélékélé hospital. 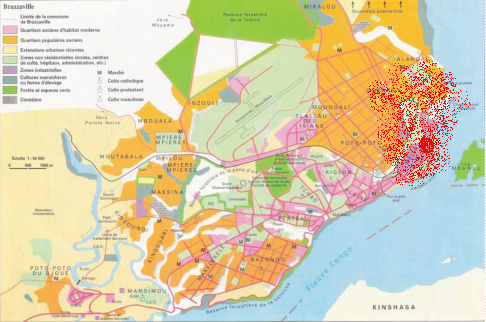 The city of Brazzaville and the area affected by the explosion