Somalia: Responding to Diarrhea in Kismayo

MSF is responding to increased cases of acute watery diarrhea among children and adults in the city of Kismayo in southern Somalia. 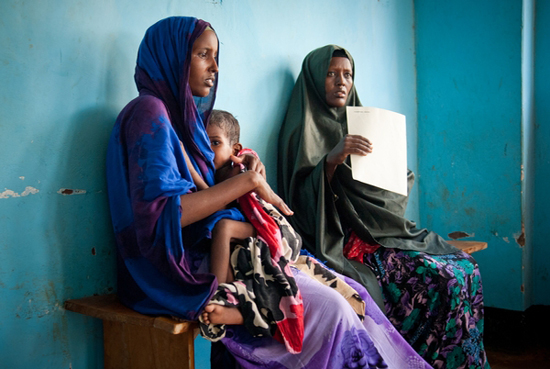 Mothers and young children—who are especially vulnerable to diarrhea—wait to be seen in an MSF facility.

Doctors Without Borders/Médecins Sans Frontières (MSF) is responding to increased cases of acute watery diarrhea among children and adults in the city of Kismayo in southern Somalia. More patients are being admitted every day. Acute watery diarrhea is highly infectious and can be deadly if not treated in time. Kismayo’s dense population means that a widespread outbreak could easily occur if urgent prevention measures are not taken.

A rapid test among a sample of ten patients indicated that six tested positive for cholera. Of the 65 patients treated so far, 40 suffered severe dehydration and needed immediate hospitalization. The majority of the cases were children under the age of eight.

The most effective way to prevent such outbreaks is chlorination of drinking water sources and adherence to basic hygienic measures. Unfortunately, the use of chlorine is not allowed in the Kismayo area, so MSF community health workers are advising people to strain water through clean cotton fabric and boil it before drinking it, in addition to regularly washing their hands with soap.

A temporary cholera treatment center has been set up in one of MSF’s existing facilities in Kismayo, but the 20-bed ward has already been overloaded by the 36 patients currently under treatment. A larger facility is needed to treat the increasing number of cases.

Two MSF staff members were abducted in Dadaab, Kenya, in October last year, and it is believed they are being held in Somalia. Until this situation is resolved, expansion of MSF activities in Somalia is limited to emergencies only, such as this one in Kismayo.

Although MSF is extremely worried about our abducted colleagues, who have now been held for over 9 months, it cannot steer away from its medical and humanitarian responsibilities: to treat patients in an emergency situation. MSF appeals to all Somalis who can help to do everything in their power to ensure the safe release of these abducted staff members.

MSF has been running inpatient and ambulatory therapeutic feeding centers for severely malnourished children and treating measles cases in Kismayo since December 2011, and currently runs projects in 22 locations in Somalia. Many areas in the country continue to suffer from serious humanitarian crises, characterized by widespread displacement, malnutrition, outbreaks of diseases, and lack of access to humanitarian aid due to continuing insecurity. MSF also assists hundreds of thousands Somali refugees in refugee camps just across the border in Ethiopia and Kenya.