MSF Teams Treating Wounded and Sick on Both Sides of Fighting 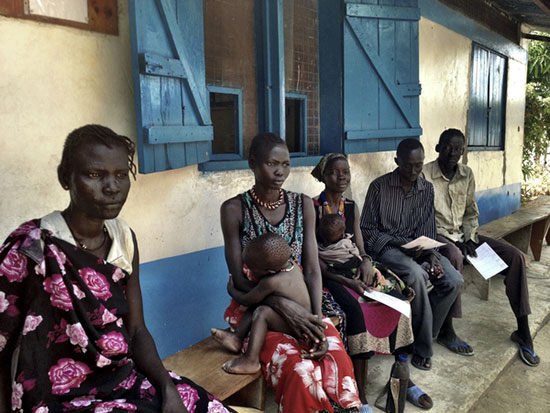 JUBA, SOUTH SUDAN, JULY 17, 2013—Escalating intercommunal clashes have left an unknown number of people dead and injured in South Sudan's Jonglei State. Teams from the international medical humanitarian organization Doctors Without Borders/Médecins Sans Frontières (MSF) have treated scores of wounded people and are attempting to reach thousands more who are hiding in the bush.

Since July 14, surgical teams from MSF and the International Committee of the Red Cross (ICRC) have been working in a hospital in Bor, the capital of Jonglei State, providing emergency care to patients arriving from Manyabol locality. With support from the South Sudanese Ministry of Health, the teams have treated 176 wounded patients, including 128 people with gunshot wounds, and have performed 34 surgeries.

"We are expecting more to come," said Raphael Gorgeu, MSF head of mission. "Our next priority is to ensure that patients in need of post-operative care and follow-up are flown to our larger MSF projects in Lankien, Nasir, and Leer. Seven have already been moved."

Prior to the intercommunal clashes, southern Jonglei was also witness to violent conflict between the South Sudan Army (SPLA) and the David Yau Yau armed militia group, which forced an estimated 120,000 people to flee into the bush of Pibor County.

Another MSF emergency team is attempting to reach tens of thousands of people hiding in unsafe, malaria-infested swamps, without access to safe drinking water, food, or medical care. Today, an MSF team is being dispatched to an area south of Pibor town to provide first aid to these people and assess additional emergency medical needs.

"They are afraid to seek medical care in towns so it is essential for us to intervene where they are so that all those in need can access treatment," said John Tzanos, head of the MSF team in Pibor County.

Earlier this month, the MSF team assessed other areas and set up a small clinic in Boma town, the scene of intense fighting over the past month. MSF also continues to run a primary health post in Gumuruk, now the only health care facility in the county after MSF's hospital in Pibor town was targeted and destroyed in May.

"This coordination between MSF and the ICRC has been instrumental in scaling up the response to the growing medical humanitarian needs on all sides," Gorgeu said. "At the same time, we realize the levels of assistance are far below the needs of the population in many areas. MSF teams will keep doing all they can to provide impartial assistance to all people in need, regardless of which side of the conflict they may be."

Local authorities have granted access to the injured, but reaching the remaining wounded on all sides is still extremely difficult. The high level of insecurity in these remote locations, coupled with the start of the rainy season, makes landing aircraft difficult.

The levels of assistance remain far below the needs of the population in many areas. MSF is still extremely concerned about the impact the current violence could have on the local population and urges all parties to respect and facilitate deployment of humanitarian assistance all over Jonglei State.

MSF has been working in Jonglei State since 1993. MSF provides primary and secondary health care through its health centers in Pibor, Uror and Nyirol counties, as well as emergency medical care in response to outbreaks of violence. In 2012, MSF provided 130,692 outpatient consultations in Jonglei State.