After helping to successfully fight an outbreak of the deadly disease kala azar, MSF has handed over its project in Malakal to local health authorities. 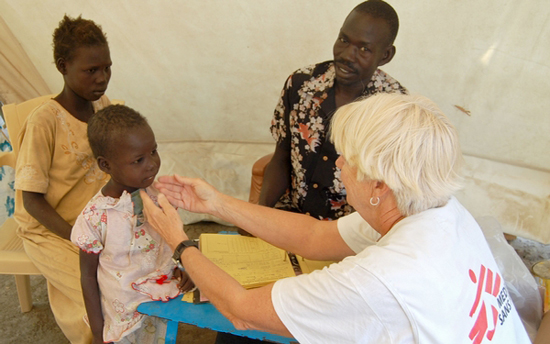 After helping to successfully fight the largest outbreak of the deadly disease kala azar in South Sudan in years, Doctors Without Borders/Médecins Sans Frontières (MSF) has handed over its project in Malakal, Upper Nile State, to local health authorities.

In October 2010, MSF responded to an outbreak of kala azar in the city of Malakal and its surroundings. The hospital there, and rural health centers in the region, were struggling with insufficient medical supplies, drugs, and trained staff for the rapidly growing numbers of patients. MSF donated medicines, rapid tests, gloves, and other essential items, while helping to treat more than 2,770 patients in Malakal hospital and treatment centers in Rom, Pagil, Atar, Chuei, Khorfulus, and Adong between October 2010 and March 2012.

“Now that the outbreak [has] subsided, we have to direct our resources at other, currently more urgent needs in South Sudan,” said MSF head of mission Monica Camacho, explaining why MSF is closing down the project.

MSF remains an active provider of emergency health care in South Sudan, with projects in 12 areas. Through its programming, the organization aims to be present where suffering and mortality are at their most intense and to deal with newly emerging needs as a result of epidemics, violence, neglect, or the government’s incapacity to respond.

Kala azar, or visceral leishmaniasis, is a parasitic disease transmitted by the bite of a sandfly. Without treatment, nearly all patients die. Kala azar is endemic in 76 countries, putting approximately 200 million people at risk of infection. The disease often affects the poorest populations. Epidemics associated with high mortality are frequent where conditions such as complex emergencies, mass migration, high rates of HIV/AIDS, and poor nutritional status accelerate the development and spread of the disease, and where many patients do not have access to treatment.

South Sudan became independent from the Republic of Sudan in July of 2011 after decades of civil war. Medical needs remaing significant among the people of South Sudan and it is estimated that up to 75 percent of people have no access to adequate health care. Maternal mortality is worryingly high in many areas and preventable diseases—malaria, acute diarrhea, and measles—are common causes of death.