Stranded in the Desert 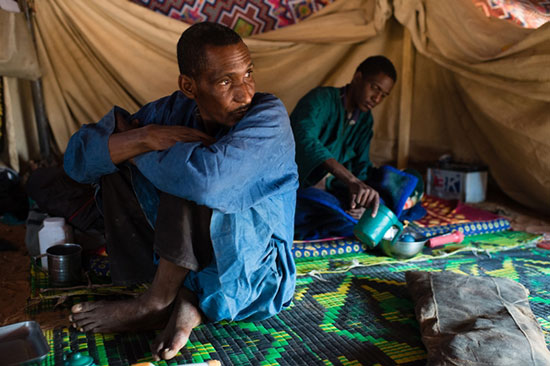 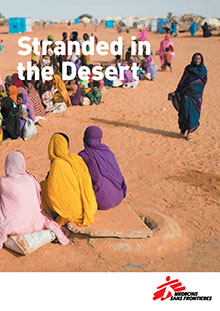 Since the start of the conflict in Mali in January 2012, hundreds of thousands of people have fled to other locations inside the country or to neighboring countries. More than 270,000 people have been displaced within Mali, according to the United Nations, while more than 170,000 refugees have fled to neighboring Burkina Faso, Mauritania, and Niger. Mauritania hosts the highest number of refugees, with some 68,000 people registered by the Office of the UN High Commissioner for Refugees (UNHCR) in camps in Mauritania.

The camps in Mauritania are located in a remote, arid region close to the border with Mali. The refugees rely completely on outside assistance and humanitarian aid for their survival, including such basic needs as food, water, shelter, and medical care.

So far the humanitarian response has been far from adequate. Aid agencies including UNHCR and the World Food Program (WFP) have been slow to respond to the continued influx of new refugees, resulting in high levels of malnutrition amongst children who have been in the camps for several weeks. In temperatures of 50 degrees, refugees receive only 11 liters of water a day, and shelter and sanitation have been vastly inadequate for their needs. Recently, the provision of food, water, and sanitation has improved, but the situation is still extremely precarious and aid organizations need to maintain their humanitarian response for as long as necessary.

Doctors Without Borders/Médecins Sans Frontières (MSF) has been providing health care to the refugees in Mauritania since February 2012. In recent weeks, MSF has been scaling up medical and nutritional services in response to deteriorating health among refugees as a result of the sub-standard living conditions in the camps.

Due to the ethnic and political background of this refugee crisis, there is little prospect of the refugees returning to Mali in the near future. The challenge for aid agencies will be to put in place long-term plans that will bring living conditions in the camps up to acceptable humanitarian standards.