MSF teams in Malakal supported urgent care for 24 people wounded during fighting in southern Sudan this past weekend. 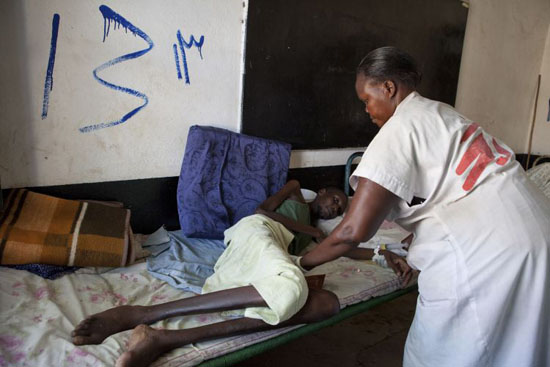 This past weekend, fighting in western Upper Nile and northern Jonglei states, in southern Sudan, led to an influx of wounded people at Malakal Hospital. Medical aid organization Doctors Without Borders/Médecins Sans Frontières (MSF) supported the Ministry of Health (MoH) facility to provide urgent medical care and treatment to 24 people, including seven women and one child.

“Our main concern is that people in need of medical care can receive it,” said Head of Mission Voitek Asztabski, “Our team worked tirelessly to treat those who reached Malakal Hospital. However, it is crucial that all those involved in hostilities ensure that people are able to access emergency medical care.”

During a pause in the fighting, which first flared early on March 12 and continued through the weekend, an MSF surgical team was able to proceed to the Malakal Hospital. Together with the MoH, staff provided emergency medical assistance, focusing on stabilization and immediate surgical care, including 18 surgical procedures, most of them for people who presented with gunshot wounds.

“The current fighting seems to have calmed,” Asztabski said. "However, MSF will continue to provide emergency surgical support at Malakal Hospital, as long as needs remain."

MSF is a neutral and independent medical humanitarian aid organization made up of medical professionals and support staff. We treat people based on medical need alone, irrespective of race, religion, gender, political or clan affiliation. In 2010, MSF supported the Kala Azar treatment unit in Malakal Teaching Hospital, and established five Kala Azar satellite clinics in Rom, Adong, Khorfulus, Atar, and Pagil in response to a significant outbreak of the disease. Across the MSF South Sudan Mission’s projects in 2010, 2,766 patients with Kala Azar were treated.