On the eve of a meeting between Barack Obama and Manmohan Singh, MSF warns that India faces retaliatory political pressure from the US government and pharmaceutical industry for its efforts to legally limit abusive patenting practices and to increase access to affordable generic medicines. 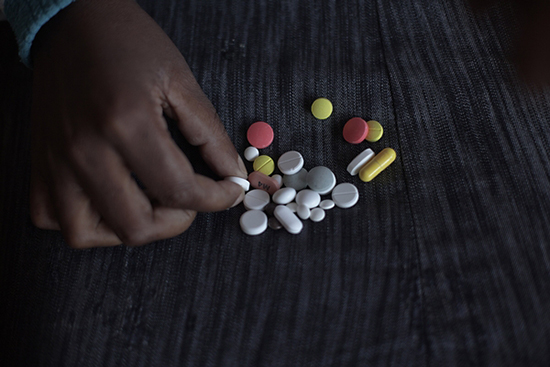 NEW DELHI/NEW YORK, SEPTEMBER 25, 2013—On the eve of a meeting between US president Barack Obama and Indian prime minister Manmohan Singh at the White House, the international medical humanitarian organization Doctors Without Borders/Médecins Sans Frontières (MSF) today warned that India faces retaliatory political pressure from the US government and pharmaceutical industry for its efforts to legally limit abusive patenting practices and to increase access to affordable generic medicines.

Pharmaceutical companies are aggressively lobbying congress and the Obama administration in a broad campaign to press India into changing its intellectual property laws. India is a critical producer of affordable medicines, and competition among generic drug manufacturers there has brought down the price of medicines for HIV, TB, and cancer by more than 90 percent.

“Every country has the right to take steps to increase access to medicines and implement a patent system in line with its public health needs,” said Leena Menghaney, manager of MSF’s Access Campaign in India. “Even though India is acting completely within its rights, the country must now deal with unrelenting, unwarranted, and deliberately misleading attacks from the multinational pharmaceutical industry and US government officials.”

The pharmaceutical lobby, led by Pfizer, is currently engaged in a concerted effort to pressure India to change its intellectual property laws. In June, 170 members of US congress wrote a letter to President Obama urging him to send a “strong signal” to India’s high-level officials about its intellectual property policies, and numerous congressional hearings have been held in the past year designed in part to criticize India’s robust defense of public health. Several interest groups have been created to lobby the US government about India’s policies and in early September, US congressional trade leaders requested that the US International Trade Commission initiate an official investigation on India’s intellectual property laws.

“Indian policymakers and courts have taken steps that are entirely legal under international trade rules to keep medicines affordable, and should not be facing any retaliatory tactics whatsoever,” said Judit Rius, manager of MSF’s Access Campaign in the US. “We rely on affordable medicines produced in India to do our medical work across the world, so we are very concerned about the pressure India is facing. Intense US pressure is clearly aimed at discouraging India and other developing countries from using important legal flexibilities in the interest of public health in the future.”

The vast majority of the antiretroviral medicines purchased by the US government’s global AIDS program are, in fact, generic medicines, and more than 80 percent of the HIV medicines MSF uses to treat more than 280,000 people with HIV in 21 countries come from India.

But the policies that make India the “pharmacy of the developing world” are under threat by international scrutiny of India’s patent offices and courts, and increased political pressure by the US.

Several recent legal decisions in India have set the stage for the heightened tensions.

Earlier this year, Novartis lost a seven-year-battle to claim a patent on the salt form of the cancer drug imatinib, marketed as Gleevec. The Indian Supreme Court ruled that this new formulation did not meet the patentability requirement in Indian patent law, which limits the common pharmaceutical industry practice of "evergreening," or extending drug patents on existing drugs in order to lengthen monopolies.

In March, India’s appellate court upheld a compulsory license issued for a kidney cancer drug, which permitted overriding Bayer's patented version of the medicine. Bayer’s drug costs $4,500 per month and was deemed unaffordable by the Indian government. As a result, a generic version of the drug is now available for 97 percent less than Bayer’s price. This year, India’s health ministry set up an independent expert committee to identify exorbitantly priced drugs for which additional compulsory licenses may be issued.

These decisions by the Indian judiciary and government are compliant with all existing international law, including those rules outlined in the World Trade Organization Agreement on Trade Related Aspects of Intellectual Property (TRIPS) and the Doha Declaration on TRIPS and Public Health. Both defend access to existing medicines by allowing countries to use legal flexibilities such as patent oppositions and compulsory licenses to overcome intellectual property barriers. Nevertheless, some US pharmaceutical companies are crying foul, and wrongly accusing India’s patent system of not being consistent with TRIPS.

“In a world where medicines are increasingly being patented, which blocks the production of more affordable generic versions, we’re going to see more and more people become sick or die because the medicines they need to stay alive are simply too expensive,” Menghaney said.