Venezuela: Treating the Consequences of Violence

Caracas, the capital of Venezuela, has long been on the list of cities with the highest homicide rates in the world. But in recent years, criminal violence has escalated in neighborhoods on the outskirts. In these areas people are continuously exposed to theft, murder, extortion, armed assaults, express kidnapping [in which victims are abducted and a small, immediate ransom is demanded] and other threats at the hands of both petty criminals and mafias and gangs who use violence as a tool to exert control over their territory.

Violence has consequences: many residents live in fear and suffer from depression and anxiety. Late last year, in collaboration with the local organization Fe y Alegría, Doctors Without Borders/Médecins Sans Frontières (MSF) started providing mental health care to people affected by urban violence and comprehensive support to survivors of sexual violence in the neighborhoods of Petare; in the municipality of Libertador; and in La Vega, in the municipality of Sucre. 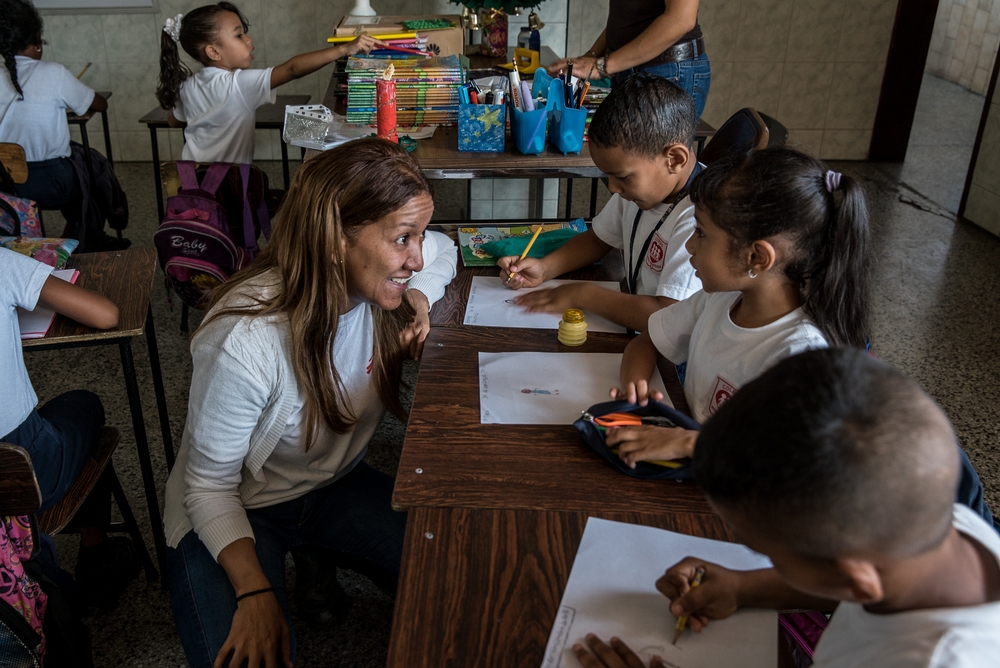 “They took my husband’s life at the door of our house as we were leaving for work,” says Yanieri, who lives in a neighborhood on the outskirts of the city. “He worked in security, and they took his life to steal his pistol.”

Yanieri has been receiving psychological care from MSF for several weeks at Andy Aparicio School in the La Vega parish. “Obviously, I felt dark and felt like I wasn’t going to escape from where I was,” she says. “Before, I was much more nervous and anxious. With the therapy, I have learned to control my emotions.”

In 2016, MSF teams treated 210 cases of intentional physical injury. They heard tales of confrontations with gangs, supported survivors of sexual violence, and helped people mourning the loss of murdered family members. Over the course of the year, MSF psychologists gave 367 one-on-one psychological consultations, and provided medical and psychological care to 57 survivors of sexual violence.

Forty-two percent of patients receiving care were children and adolescents. “The tragedy that people carry inside causes them to make many mistakes, starting with the mistreatment of children,” says Caterina, a community leader in La Vega.

“We work with them—children and adolescents in schools,” explains MSF psychologist Suhail Izaguirre. “Through games and discussions we are able to detect cases of intentional physical injury. We have seen how these children perceive violence, how they react to fear, anger, [and] sadness.”

“For us, MSF is an answer,” says Maria Saenz, a Fe y Alegría social worker at the Andy Aparicio School. “We realized that there are some young boys that require special attention, lads that are getting involved in gangs. The effects of violence are very noticeable here.”

Clashes between gangs, known in these neighborhoods as “delinquents,” are common. It is not unusual to hear gun shots at all times of the day, and people are afraid to go outside. Most of the violence happens in Petare, home to more than 400,000 people, where neighborhoods are divided by invisible borders that many residents do not dare to cross.

“The violence is shocking, really shocking,” says community leader Caterina. “Recently we have been feeling harassed because we have lots of members of criminal groups who have moved in from elsewhere.”

“I feel safe here in my community, but I start to feel the adrenaline rush if I go in the other parts,” says a volunteer from one of the Fe y Alegría schools. “After 8:00 p.m. at night people don’t leave their houses.” 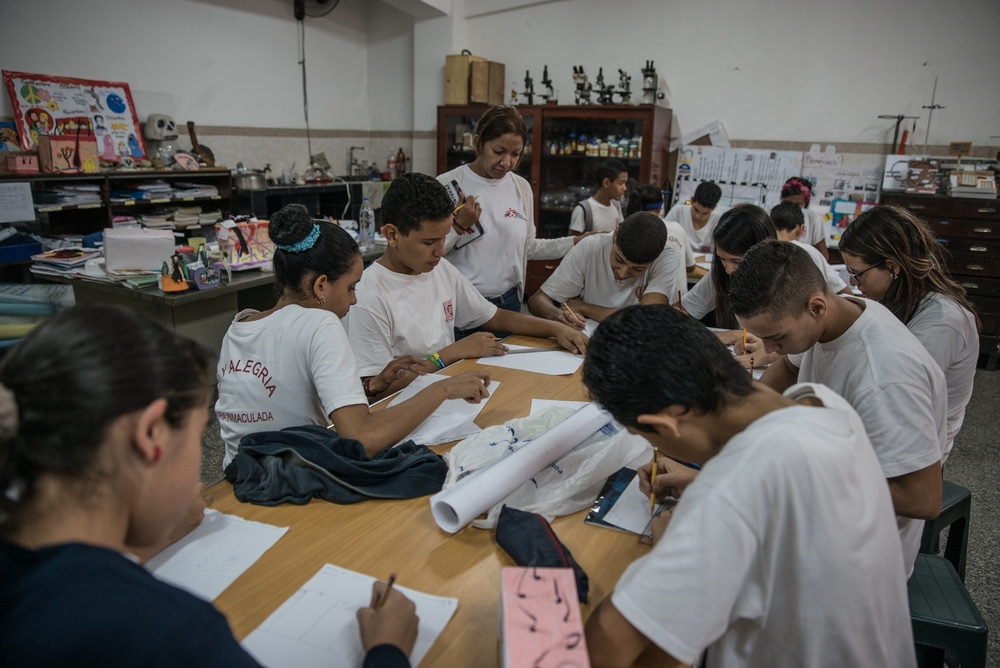 Involving the community is a crucial part of the program’s strategy. “We have created alliances with other organizations to empower community leaders and educators in mental health promotion,” says Carolina López, director of the project’s mental health activities. Last year there were 7,807 volunteers.

“These psychopedagogic activities include training and workshops tackling issues such as anxiety management, fear, psychological first-aid and the prevention of sexual violence, among others,” says López.

The objective of these trainings is not just to raise awareness in the population about the importance of mental health care—it’s also a strategy to prevent and detect cases of sexual violence so that they can be referred to medical care and specialized psychology services.

Video: Not Giving Up in Caracas