As Violence Surges Anew in CAR, Families Again Flee Into The Bush

A rebel surge in various parts of CAR has displaced numerous families who have fled conflict repeatedly over the past decade. 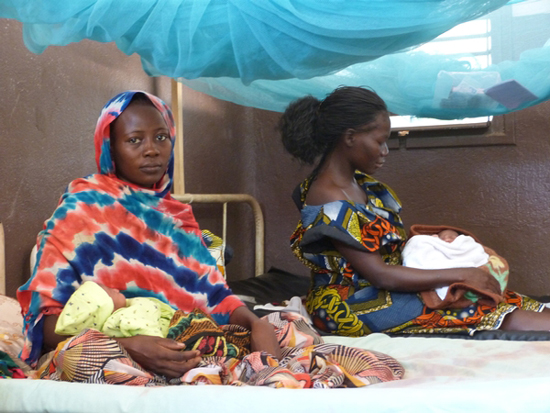 On December 20, the rebel coalition known as “Seleka, which has attacked several locations in the north of Central African Republic (CAR) in recent days, entered the town of Batangafo, where Doctors Without Borders/Médecins Sans Frontières (MSF) has been supporting the main hospital.

The previous day, after the rebels announced their intention to move towards Bouca, through the town of Batangafo, FACA—the Central African military forces—the gendarmerie, and all public authorities fled the town. Numerous civilians, scared by the threat of an attack, also left Batangafo to seek refuge into the bush. The rebels entered and took the town 24 hours later.

MSF maintains its team on the ground and is continuing its activities at the hospital, though the number of consultations dropped from 193 the day before the rebels’ advances to 38 on the day after they entered the town.

Testimonies collected by MSF’s team in Batangafo a few hours before rebels entered the town illustrate the fear pervasive among a population that has already endured more than 10 years of armed conflicts. Fleeing into the bush has become almost routine at this point, though it certainly hasn’t gotten any easier or less fraught. “I am very worried by the situation, said a 55-year-old woman named Ghislaine. “Yesterday the kids at school fled in the bush when they heard that armed troops were arriving in town. We did not know where they were. We are so scared.”

According to Enoch Nodl-ya, an MSF anesthetist nurse at Batangafo hospital, “for the last ten years the population has endured the regular presence and attacks from armed men in this region. People are scared and flee rapidly into the bush. As a consequence, many women give birth in the fields without any assistance and most sick or wounded are hesitant to receive medical assistance, scared of possible violence in the populated areas. When the violence stops, we often see patients coming in an advance stage of their diseases.”

Early on the morning of December 19, the rebel coalition entered the town of Kabo, in north-central Central African Republic, where MSF is also supporting the hospital. Shootings and heavy explosions went on for about two hours. After taking the town, the rebel troops eventually left Kabo the same day. Some violence against the civilian population, including one rape and significant looting, occurred. The population first fled to the bush then began returning hesitantly. MSF is still running its services at the hospital of Kabo, tended to four wounded, and provided medical and psychological attention to the patient who suffered sexual violence.

On the other hand, after the December 16 attack of the rebels on Bria in east-central CAR, MSF is planning to send a team by next week to rapidly provide medical assistance to the population in the area.
At the same time, the threat of an attack on Kaga Bandoro led MSF to set up an emergency team to support the surgery services at the Préfectoral Hospital in case of fighting. The team—composed of one surgeon, two nurses, a field coordinator and one logistician—arrived in Kaga Bandoro on December 19 and are now ready to start their activities if needed.

Since December 10, after the take-over of the town of Ndélé, other areas in the northern part of CAR have been attacked by various rebel groups, leading to some heavy fighting with FACA, which is now supported by Chadian Army forces that entered the country on the request of CAR’s president. The population has fled towns, abandoning houses, stocks and livelihoods activities, in order to seek refuge in the bush. Most of the qualified health personnel have fled to Bangui, leaving the population in an even more precarious health situation.

After fighting between the rebels and the FACA in Ndélé on December 10, the situation in that town has calmed down. However, the conditions are precarious and the population still hides in the fields at night. MSF, which initially evacuated part of its staff, has now returned to Ndélé with its full team again and is continuing its activities at the hospital. A mobile clinic has also been set up to assist around 128 dsiplaced families camping out by an airstrip not far from town. So far, they have conducted more than 300 consultations.

Overall, MSF is running three regular projects in Ndélé, Kabo and Batangafo, all of which have been affected by this conflict, and is currently setting up two emergency teams to respond to the increased needs of the civilian population. Given the multiplicity of actors involved and the rapid developments, MSF will continuously monitor the situation in order to identify and respond to the immediate health and humanitarian needs of the population.

MSF has been present in CAR since 1997 and works in seven different projects in five of the seven health districts. It supports seven hospitals and about 38 health posts in collaboration with the Ministry of Health. MSF activities in CAR cover services ranging from primary and secondary health to neglected diseases, nutrition and surgery. Malaria is often the main focus of the projects (and the cause of the highest morbidity). Vaccination, sleeping sickness, HIV and TB, and nutrition are also main features of MSF work in CAR.