An interview with MSF International President Dr. Unni Karunakara on the organization?s response to the funding crisis at the Global Fund

MSF International President Dr. Unni Karunakara discusses the Global Fund to Fight AIDS, TB, and Malaria's decision not to accept grant applications this year to support treatment programs due to a catastrophic drop in donor funding. 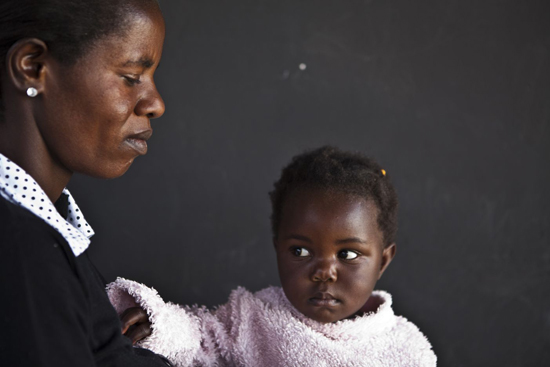 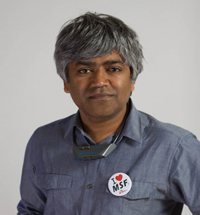 In a move that could have a profound impact on patients in developing countries, the Global Fund to Fight AIDS, TB, and Malaria has announced it won’t be accepting any grant applications this year to support treatment programs because of a catastrophic drop in donor funding.

The Global Fund, financed largely by governments, was set up 10 years ago as a ‘war chest’ to fight the spiralling AIDS pandemic and tackle malaria and TB, the other two infectious diseases that claim millions of lives each year in the developing world.

In many countries, Doctors Without Borders/Médecins Sans Frontières (MSF) works alongside national health authorities who rely on the Global Fund support to deliver lifesaving treatment in their countries. These countries cannot pay the full amount needed to cover treatment costs for these three diseases. Last week’s announcement from the Global Fund has therefore caused widespread concern and some panic.

MSF International President Dr. Unni Karunakaratalks about MSF’s response to the funding crisis and what needs to be done.

As a medical organization treating patients with HIV, TB, and malaria across the developing world, what has MSF’s reaction been to the news of the cuts at the Global Fund?

There’s a huge sense of shock and dismay within the organization that the Global Fund—which has delivered such a massive leap forward in HIV, malaria, and TB treatment worldwide through the projects it funds—should be hit right now by a funding crash that puts so many people’s lives in developing countries at risk.

MSF works in many of these countries and we see how fragile are the hard won gains in those places.

The Fund is now saying it will provide the thinnest of lifelines to help countries whose treatment programs would otherwise face disruption between now and the beginning of 2014.

But there is no doubt we will see the brakes slammed on the further expansion of treatment programs for HIV, TB, and malaria, and that will bring far reaching consequences for patients, their families and communities. We find it shocking that donors and the Global Fund board members are effectively sending the message that countries need to stop accepting patients into treatment programs.

There’s been a more general decline in funding from international donors, particularly for AIDS, over the last couple of years. But the dramatic drop in funding now is down to the behavior of the donors to the Fund. Some of them have  cut back on the amount they committed to pay—for instance, Denmark and the Netherlands. Others stopped contributing due to domestic economic crises—for instance, Ireland, Spain, and Italy—and have not renewed further commitments. And MSF is concerned that the largest contribution, from the United States, is in jeopardy. Ultimately however, it’s all of the donors that are responsible for voting to cancel this round of grant applications and, over the longer term, starving the Fund of urgently needed resources.

How damaging will the cuts be for people on HIV treatment?

In treating HIV, TB, and malaria, we work mainly alongside national health authorities who are likely to be directly hit in one way or another by the cuts. If ministries of health do not receive stable and predictable funding, there is no way that organizations like MSF will be able to fill the gaps.

In some countries where we work, the authorities were already struggling against the odds to provide HIV treatment even before the cuts were announced. In Zimbabwe, for instance, the country is already relying on buffer stocks to cover drug shortages.

It will be possible to continue expanding treatment on a very small scale, through efficiency measures and innovative ways of delivering care. But no ambitious expansion of treatment for the three diseases, of the sort needed right now, will be achieved without new substantial funding

The pity of it is that many affected countries, having witnessed the enormous success to date, are trying ambitious new strategies that could actually stop the HIV epidemic in its tracks. Ugandawants to speed up the rate at which people are put on to HIV treatment, doubling present efforts.  Kenya is planning to provide life-long antiretroviral treatment for HIV-positive expectant mothers that would reduce the numbers of children born HIV-positive. Other countries—such as Mozambique—are hoping to move on to earlier treatment with better drugs that will keep patients alive longer and reduce new infections.

New study results show that people under treatment not only benefit as individuals, but they are also less likely to transmit the virus to others—in effect, protecting the community.

This is not the time to pull the plug on funding.

What about people who need TB treatment or malaria treatment?

The Fund accounted for the vast majority of all international spending on TB programs last year.  Against all odds, it has been registering some success in increasing the numbers of people treated for drug-resistant TB—those figures increased by half in 2010. But once again, as with HIV, just as we are beginning to see some concrete results, the funds are no longer there. In Uzbekistan, MSF has worked with the local authorities and is running a treatment program for patients with drug-resistant TB. The plan had been to increase the number of patients there in order to help curb spread the disease in the country; these plans are now in jeopardy.

We have been waiting for years to be able to provide a timely and accurate diagnosis for people with TB. Now there’s a new TB test being rolled out that could make diagnosis much easier. But without funding, this advance will not benefit the patients.

In malaria too, there have been advances that will allow us to save many more children’s lives. A study last year showed that switching to a new treatment protocol with artesunate to treat children with severe malaria could save 195,000 more lives than current treatment. A couple of countries in Africa have already adopted the new protocol in their guidelines, but this approach is more expensive, so will remain out of reach without outside help. In 2009, the Fund provided 65 percent of all international funding for malaria.

What about meeting international targets?

At the United Nations General Assembly High Level Meeting on HIV/AIDS held in New York in June this year, governments undertook to ensure that 15 million people in need were put on HIV treatment by 2015. U.S. Secretary of State Hillary Clinton spoke only a few weeks ago about a vision for an AIDS-free generation. Already this year, we have seen the numbers of new infections plateau globally—it’s an indication that we are moving towards getting AIDS under control in the hardest hit regions. This momentum must not be lost.

The ambition is not lacking, either, in plans to reduce the loss of life and human suffering caused by TB and malaria. But turning these fine words and plans into reality is the real challenge facing us.

So what’s the message to donors?

We know it’s a tough economic climate and many people in wealthy countries are facing hard times. But we need to keep international funding for medical aid in perspective; the amounts needed to save lives in poor countries are miniscule compared to overall national budgets in wealthy nations.

Making believe we can somehow reduce the numbers of people needing treatment by rationing medical care is not an answer. Now, donors and countries where these diseases take their toll need to step up to the challenge.

We need to put in place ongoing funding mechanisms, such as the much talked about Financial Transaction Tax. But it will take time for these new mechanisms to deliver, and in the meantime, there is an urgent need for countries to demonstrate leadership by providing the funds necessary to put millions on lifesaving treatment.

Let’s not shoot the wheels off the ambulance just as we are beginning to see the investment pay off.