Zimbabwe: Beyond Cholera"Beyond the Crisis"

In February, MSF released the report “Beyond Cholera: Zimbabwe’s Worsening Crisis” to draw attention to the humanitarian crisis ravaging Zimbabwe, most visibly expressed by the unprecedented cholera outbreak, which claimed thousands of lives. Now, six months later, the cholera has died down and the new unity government has been in charge for half a year. What has changed? MSF’s head of mission in Zimbabwe, Rian van de Braak, answered questions about the current situation. 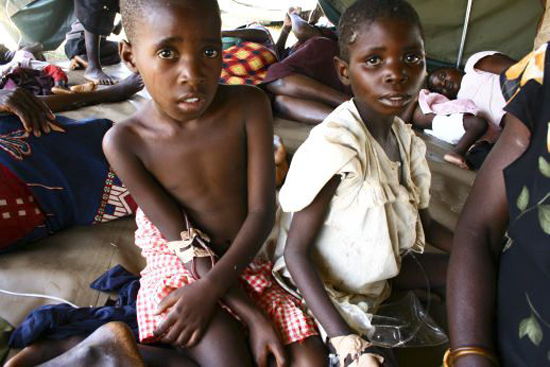 The cholera epidemic in Zimbabwe has been curbed but a new outbreak could be looming. 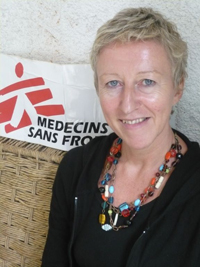 In February, Doctors Without Borders/Médecins Sans Frontières (MSF) released the report “Beyond Cholera: Zimbabwe’s Worsening Crisis” to draw attention to the humanitarian crisis ravaging Zimbabwe, most visibly expressed by the unprecedented cholera outbreak, which claimed thousands of lives. Now, six months later, the cholera has died down and the new unity government has been in charge for half a year. What has changed? MSF’s head of mission in Zimbabwe, Rian van de Braak, answered questions about the current situation.

In MSF’s February report, we read that Zimbabwe’s health system is in a total state of collapse. Health facilities had to close down for a lack of supplies and staff. What is the situation today?

Things have been improving bit by bit over the last couple of months. The multi-donor retention scheme (in which several donors contribute to a system that pays all health workers in the country a minimum monthly income) has helped to bring some health workers back to hospitals and clinics—especially in rural settings. The lack of supplies is still a problem. Despite the fact that stocks have increased centrally in Harare, transporting them to the clinics is a huge logistic constraint. Also, many of the health facilities have now started to ask for fees from the patients, which make access to health care for many people unaffordable.

The historic cholera outbreak, infecting nearly 100,000 people to date, has been a major concern over the last year. Since May, the numbers have been going down. Does that mean the threat is over?

"...the threat is definitely not over. Everyone expects cholera to be back—at the latest, with the next rainy season—because the root causes for the outbreak have not been addressed adequately yet."

No, the threat is definitely not over. Everyone expects cholera to be back—at the latest, with the next rainy season—because the root causes for the outbreak have not been addressed adequately yet. The dilapidated water and sewage systems are still a major problem. Several aid agencies are drilling new boreholes in cholera hotspots, which is an important contribution to safe drinking water. Dealing with those causes before the next rainy season is a race against the clock.

Nobody knows how big the next outbreak will be, but we are ready to respond immediately. We have the necessary stocks in-country and a contact list of all the extra 250 Zimbabwean staff who we recruited for the last outbreak. Additionally, we have been distributing cholera kits to 50 of the most remote clinics we have been working with, and trained the health staff on how to intervene when the first cases arrive. We’ve also distributed 11,000 hygiene kits and reached more than 40,000 households with our hygiene promotion.

The socio-economic crisis prevented a lot of people living with HIV/AIDS from accessing medical care. With a prevalence rate of about 15 percent this is a major concern in Zimbabwe. How is the situation now?

In this area the problems are still huge. There are more than 400 people dying in Zimbabwe everyday of AIDS-related causes. To put things in perspective: there were around 4,000 cholera-related deaths in total during the nine-month outbreak. With AIDS we have that number of casualties within 10 days, every 10 days, again and again.

However, only about 20 percent of the people in need of ARV treatment are currently obtaining medication in Zimbabwe. Due to political and administrative challenges, however, the dearly needed scaling up of the national ARV program has come to a temporary standstill. As long as this problem is not solved, thousands of HIV-positive patients are deprived of the treatment they urgently need.

What about the food situation? In February, the peak of the hunger season was reached with over five million Zimbabweans facing severe food shortages, dependent on international aid. What do you see in your project areas today?

The peak of the hunger season is over again. While we had around 150 children in our therapeutic feeding center in Epworth every day during the peak season in December and January, numbers have now gone down to 10 to 15 children a day.

A different concern with regards to malnutrition is the situation in Zimbabwean prisons. During the cholera intervention we assisted in dealing with cholera inside two prisons, in which we were confronted with a severe situation of malnutrition. We started an emergency intervention for the malnourished inmates and basic water and sanitation activities to ensure clean drinking water. The intervention has been expanded recently to six of the most affected prisons in the Midlands and Mashonaland provinces.

Would you say that your ability to work has improved under the new government?

In a number of respects, our ability to work has improved substantially. Our counterparts in the government are seeking cooperation with international NGOs on the ground. The fact that the Ministry of Justice openly admitted their problems and lack of supplies within the prison system and were appreciative of our support to the prisoners can be seen in this light.

So we definitely see positive signals, but it remains to be seen if the remaining barriers for NGOs, such as the lengthy process to receive temporary employment permissions for international staff, will be lifted accordingly. This is important to effectively carry out our work and to motivate other NGOs to come to the country and assist the Zimbabwean people.

In your opinion, what is to be done to improve the situation in Zimbabwe, and what are the challenges ahead?

The population still does not have adequate access to health care. People continue to die of AIDS in outrageously high numbers and the next cholera outbreak is at the doorstep. The donor community should review the conditionality of releasing humanitarian funds and target them as much as possible to the areas most in need. In addition, the government needs to further reduce obstacles for international NGOs and increase the humanitarian space for aid organizations to assist the Zimbabwean people in coping with the enormous needs.