View Photo MSF
Yahya Jarad, nursing supervisor at MSF´s Al Salamah Hospital: "We hope the war will come to an end and the bloodshed will stop. but, it seems it´s not likely to happen soon."
MSF
Click to hide Text

Yahya Jarad is a nursing supervisor at MSF´s Al Salamah hospital, and a 2007 nursing graduate from Aleppo University. Last Friday, Doctors Without Borders/Médecins Sans Frontières (MSF)had to evacuate the patients of Al Salamah hospital and close the facility as front lines drew too close. An estimated 100,000 people are trapped in northern Syria’s Azaz district with battle lines approaching.

We hope the war will come to an end and the bloodshed will stop. But, it seems it’s not likely to happen soon.

I started work at MSF in October 2012, and I have been working as a nursing supervisor in the MSF hospital since then. Last February, I had to flee my home and take refuge closer to the hospital. We moved into tents and it was tough, but we are trying to cope with our situation.

A new wave of people fleeing their homes have arrived in the area as the line of fire has been getting nearer in the last ten days. Camps close to fighting areas have been evacuated and people have been forced to flee yet again. Now they live in dire conditions, in the middle of olive trees, without any services.

As the clashes were getting nearer, hospitals have been forced to close. For us, as the battle was closing in we had to evacuate patients and medical crews. Only a small team has been kept to deal with stabilization of emergency cases, and to refer patients to other hospitals and medical centers.

We live and work in a small, isolated area, which is basically cut off and we can’t refer patients that we are unable to treat to Aleppo or Idlib.

In my normal work, I am in charge of supervising the nursing team, following up the services provided to patients and checking the equipment and tools in use throughout the hospital.

We are talking about the only hospital in the region north of Azaz that can provide vaccination to children. The hospital also has a bus that was carrying out referral activities in the camps, registering patients, bringing them back to the hospital for treatment, and taking them back home.

In February, the region witnessed a large flow of people fleeing their homes and we had to set up a medical team to deal with the situation outside the hospital. The team, which included nurses and nursing assistants, visited the camps to identify malnutrition cases and vaccination needs, detect outbreaks and register existing diseases, such as respiratory infections.

A second team was in charge of vaccination and patient transport to hospital. We saw small outbreaks of diseases such as measles, upper respiratory tract infections and measles. 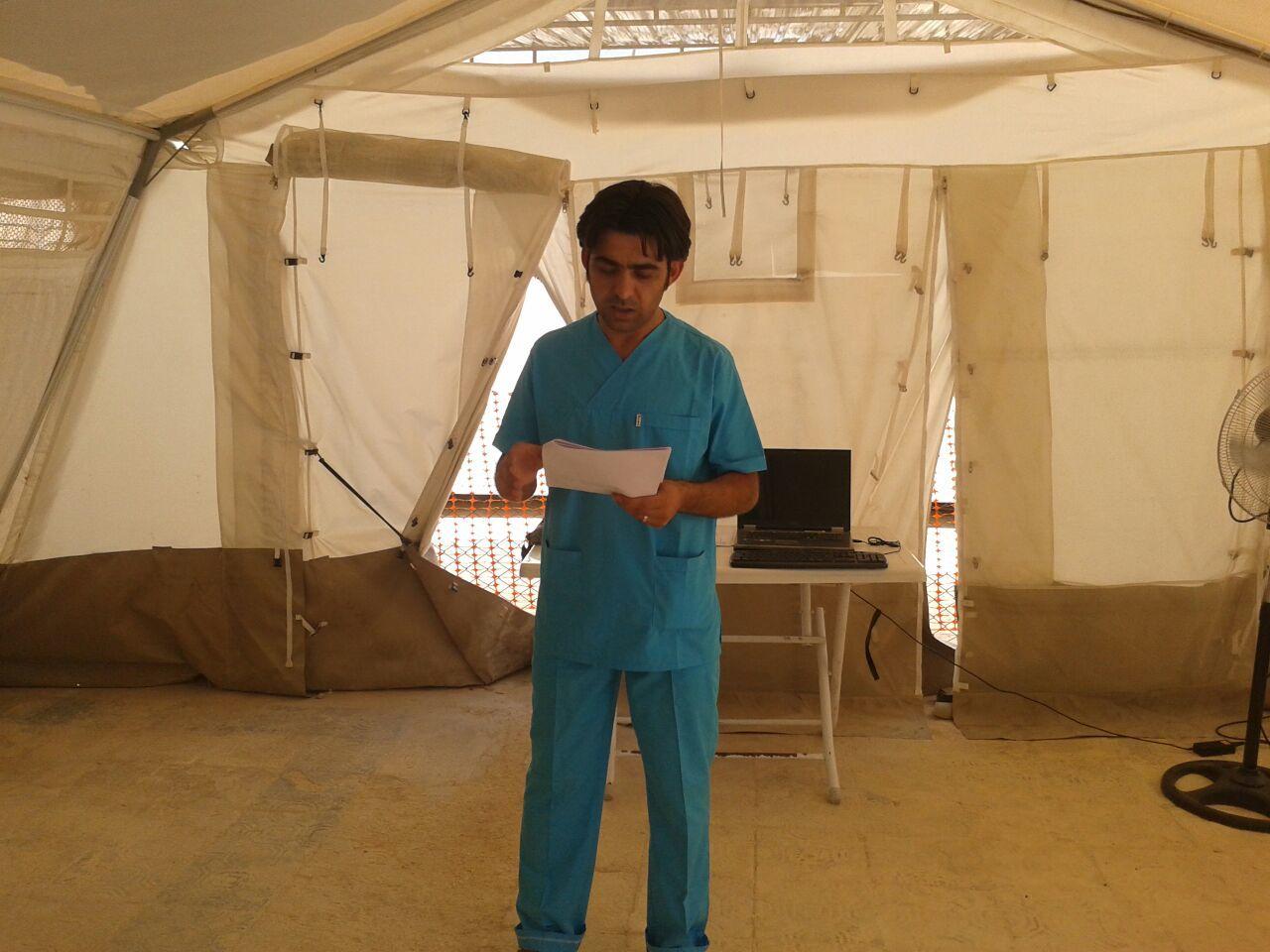 People hope to return to their homes when the war ends, but many homes have been destroyed and left in ruins.

We hope the war will come to an end, the bloodshed will stop and displaced people will be able to return home. But it seems it’s not likely to happen soon. We are doing what we can and even more. We are happy when we see our patients recover. It gives us more resolve to continue the work we are doing.

There is a difficult humanitarian situation and people are trying to cope, while aid agencies are striving to provide basic items. We hope the situation will get better.

Yahya Jarad, nursing supervisor at MSF´s Al Salamah Hospital: "We hope the war will come to an end and the bloodshed will stop. but, it seems it´s not likely to happen soon."
MSF