Field Blog: To the Unsung Heroes of MSF 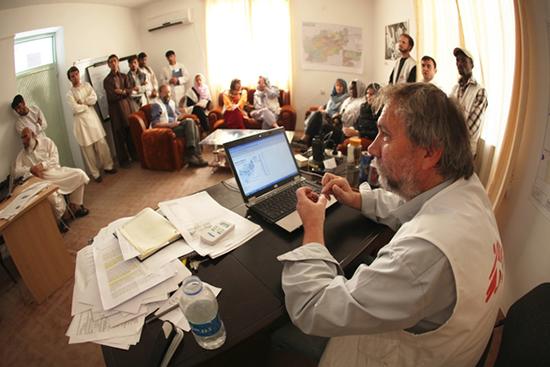 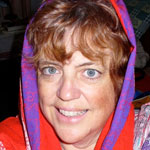 Georgann MacDonald, a nurse practitioner from Canada, has extensive experience in the emergency department and flight medevac.

Before joining Doctors Without Borders/Médecins Sans Frontières (MSF), she worked as a family nurse practitioner. She started her first mission with MSF in December 2012 to work in Boost Hospital, Lashkargah, Helmand province, Afghanistan. She is responsible for the female inpatient ward, emergency, and the outpatient departments. Read her Field Blog here.

I struggled to decide what to write about this week, and then it hit me. Why not talk about the unsung heroes of MSF? When I became interested in working with MSF, it was all about the doctors and nurses, and the amazing work they do with incredibly sick and impoverished people around the world. What I discovered, after joining MSF, was that a large part of our teams are made up of non-medical people. We have logisticians, administration teams, and also medical support people such as pharmacists and lab technicians. I was shocked at the number of expats it takes to keep these projects running, and we so rarely hear about the "other" teams.

Here at our hospital, for example, we have oxygen, monitors, incubators, and all manner of medical equipment. The electricity is somewhat spotty and we often rely on generator power to keep these machines working. Imagine, then, when the logistician said to me, "We have to cut the power to make a very important change to the electrical system. How much oxygen will you need?" They were able to cut the power after some all-important planning and no one was affected negatively. Imagine if they weren’t here and we had to try to do this ourselves. They keep everything humming along and often in very difficult conditions. They make sure buildings are built and maintained, toilets work, water flows, and anything else that is required.

Our administration team makes sure that the national staff gets hired and trained. They control the payroll, the finances for the project, the travel requirements for the never-ending stream of expats coming and going from our project, and our accommodations. All of this is done without complaint and without much reward. It is just sort of taken for granted that these things will happen, without much thought about the people who make them happen.

Consider, for example, a rather nasty case we had recently. A twelve-year-old boy came in with seven stab wounds to his back. He had been robbed in a shop where he had been helping his uncle. His uncle was killed and he was in very poor condition. Imagine if we had had no oxygen for him or no X-ray machine to check his injuries. What would have happened if we had no electricity in our operating theater or no autoclaves to sterilize the instruments. Without human resources we would have had no national doctors or nurses to care for him. Without finance we would not have been able to buy the medications necessary to keep him alive. These people, who keep everything together, are not members of the team whom we hear about often but they are so vital to our project.

Tonight, when I go to sleep, I will be very grateful to the logistician who fixed my air conditioning and gave me new doors and windows to keep the insects out of my room. I will be very glad for the hot shower they have provided me and the dishes off which I ate. I will remember the administrator who provided the guards who watch over us while we sleep, and also provided them with their training. These aren’t the glamorous jobs within MSF, but they do them faithfully, knowing that they will rarely be thanked or even acknowledged for their very hard work. I want them to know that I appreciate them very much for everything they do to keep our patients, and us, safe, healthy, and able to do this amazing work. Thanks guys!