Doctors Without Borders/Médecins Sans Frontières (MSF) began working in Sulaymaniyah, northern Iraq, after a massive influx of people displaced by violence elsewhere in the country arrived in the area in 2015. Initially, MSF teams provided water and sanitation services in the Arbat camp for displaced people, and later expanded the project to provide mental health services in Ashti camp and rehabilitation and staff support for the Sulaymaniyah emergency hospital. The project closed on November 30, 2017. Click here to read more about the Sulaymaniyah project.

Nawar [name changed to protect anonymity] lives in a camp for internally displaced people near the city of Sulaymaniyah in northern Iraq. Her face lights up when she describes the beauty of her home, but the expression fades as she remembers what happened to her family. Nawar has been in the camp for four years. She received support from an MSF psychologist to treat her depression.

My name is Nawar and I'm 54 years old. My son, his wife, and three children live here [in the camp]. And my other son and his wife and their five children. And my third son is here as well.

There was conflict near our home between the Iraqi army and IS (the Islamic State group) and we were afraid. IS didn't allow us to sleep because they were shooting all night.

In the conflict, we lost everything—our houses, everything. Before IS, we lived in heaven. We had a wonderful life. We never even got sick. Then we became displaced people and left our home. It’s been four years since we left.

While we’ve been in the camp, we haven't been hungry. All the organizations visit us and help us. But we became depressed here because we lost everything. We used to have farms, cars, houses, but they were taken from us. They entered our house and took everything, and then they destroyed it as well.

Eventually we were scared and we ran away. When we left our home, it was humiliating for us. We left in boats and some children fell in the water and died. The journey took us five days without eating food.

We received a warm welcome in the camp and we are comfortable. But no one can say we are happy because we're not living amongst the trees we planted and the bees we raised.

I asked people about MSF and they told me where I could find them. I visited MSF and they gave me an appointment. I visited several times a week and I explained to the psychologist about the problems I suffered from. I said I was depressed here and found it difficult to breath. They recommended for me to visit my neighbors and to get out of the house. I recovered from my breathing problems. I also suffered from bad dreams and the psychologist gave me activities to help.

"I want to tell my son’s story so other young people don't end up like him." 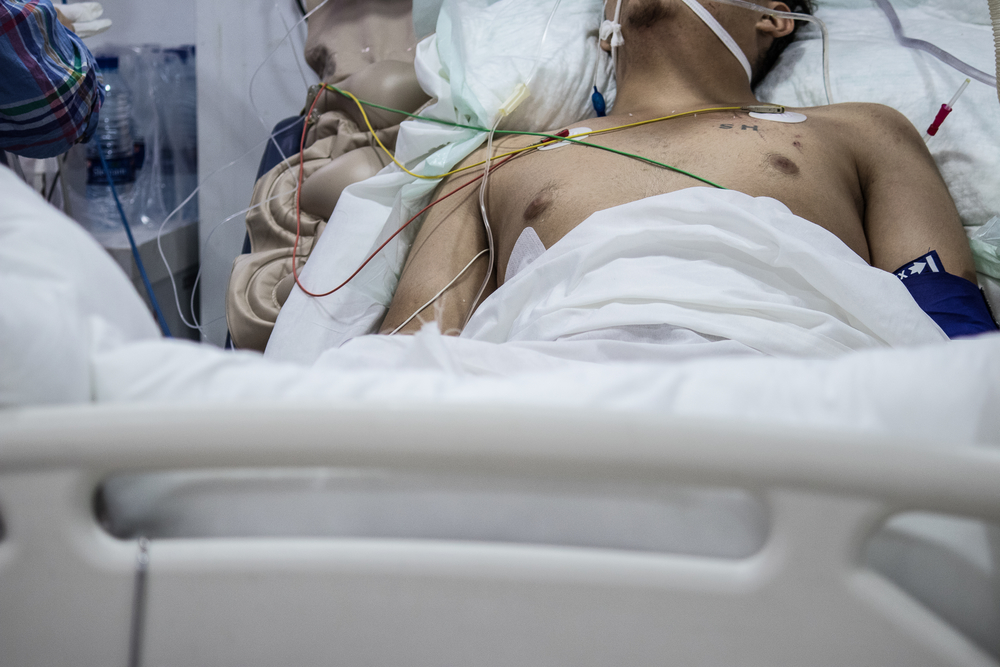 Shala lives with her family in Sulaymaniyah. Although the recent conflict is far from their doorstep, the health system in the area has struggled to maintain quality care in the face of economic downturn and the influx of more than a million internally displaced people. Shala says health care in Iraq is very poor, but she is very happy with the care her son has received at the Sulaymaniyah emergency hospital where MSF has trained staff and renovated the facilities.

I was born in Sulaymaniyah and I’m 53 years old. I am a teacher. I have been teaching for 27 years. I teach history for secondary school students. I studied at Mosul University, and I was very sad when I heard about what happened there.

I have two sons. They are 16 and 17. I’m very sad and disappointed about what happened to my [elder] son, Armar. Normally, for young men in Iraq, they want to drive a car and drive very fast, which is illegal. Armar took my car without me knowing and he drove it very fast with his friend.

I’m sure they thought they would just have a good time. But they drove very fast and hit a light pole in the street. His friend died, and now my son is in a coma. He has bleeding in the brain and his lung is also damaged. The doctors removed his chest tube yesterday because he is improving. He’s been in the hospital for four nights. My son’s friend died in my car and I find this very sad. I am so sad for both of them.

From what I have seen, there is a very weak health system and service in Iraq. For example, my sister had a Caesarean section at a hospital in Kirkuk and I saw that it was a very bad system. The room was dirty. It was not good health care.

I am surprised to see these services in [Sulaymaniyah emergency hospital]. I am surprised because I didn't expect that it would be so clean, with good staff. The humanity and the education level of the staff is very good. They come at the right time to give the medication without delays. And when they bring the medical equipment, they bring it over and open it right in front of our eyes and discard it in front of our eyes. I haven’t seen this done before in any other place.

“I overthink things, become anxious, and I can’t sleep” 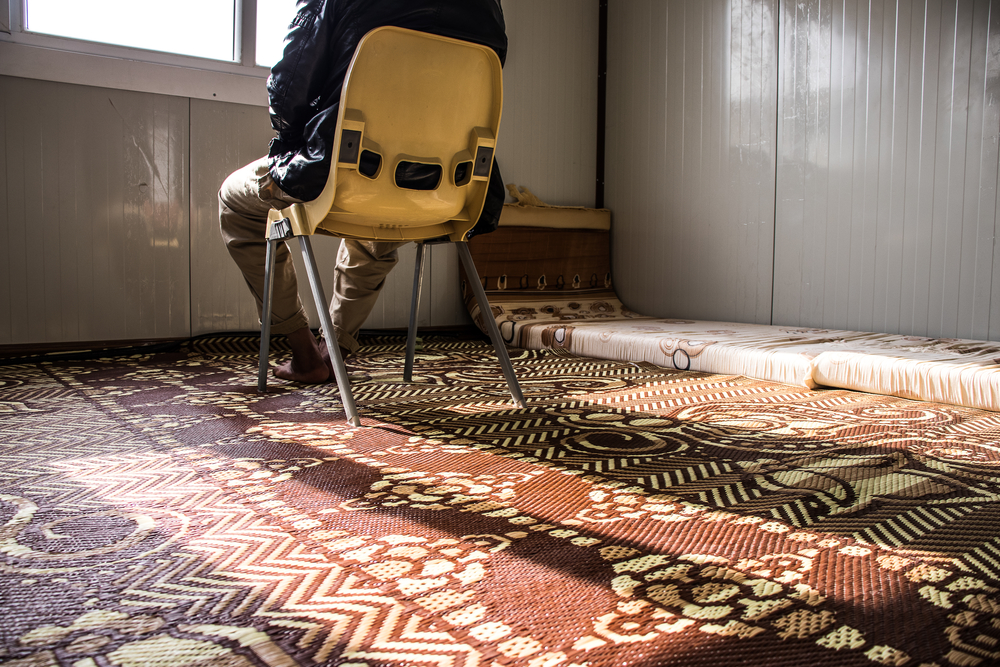 Thirty-five-year-old Amir [name changed to protect anonymity] has spent three years living in a camp for internally displaced people near Sulaymaniyah. He and his family fled their home in Salaheddin when IS forces surrounded their town and cut off their food supplies. He suffers from a long history of anxiety and insomnia, and received support from an MSF psychologist in the camp.

We left our homes and came here because of IS. IS entered our town and surrounded us so we couldn't receive food. Our situation became very bad.

I had lived all my life in Salaheddin. We were farmers and we had animals and our children used to go to school. Our life was stable and we were happy until IS came. Then there was no security.

We traveled from place to place until we arrived in Sulaymaniyah. Thank God, we became comfortable here and it is a good situation. Also, many organizations have visited us.

We’ve been in the camp for three years. I was 32 years old when we arrived. I am a construction worker now and I work outside the camp. We live in a tent. The only problem is the economic situation. Sometimes we don't have enough food. Some days there is no work in construction. But security is fine here and we found safety. Our children go to school here, thankfully.

I found out about MSF when I read about it and some MSF employees visited the tents in the camp. They helped us in a good way.

I overthink things, become anxious, and I can’t sleep. I stay awake the whole night. I stay sitting in one place until the morning. As a result, I get sick. In the past, I had pain in my stomach and chest. I visited doctors and they weren't helpful. But when I visited mental health doctors it was very useful for me.

Right now, I visit MSF and it is very helpful for me. Thank you to [the MSF psychologist]. He gave me instructions for activities to do and they really helped. He encouraged me to make sure I leave the tent each day and to make social visits with people I know and to play sports. He also recommends for me to keep busy and not to sit at home.

Right now, I don't know what will happen in the future. I just want to go back home and have a stable life again. But our house was destroyed.

People are returning home slowly, but people who returned don’t feel safe yet. During IS there were risks, and I'm still not sure about the safety of our hometown.