Kenya: "Health Indicators Are Now At An Emergency Level" in Dadaab

Dr. Gedi Mohamed, director of the general hospital at Dagahaley refugee camp, in northeastern Kenya, describes what brought him to Dadaab and how MSF is coping with the severely overcrowded conditions. 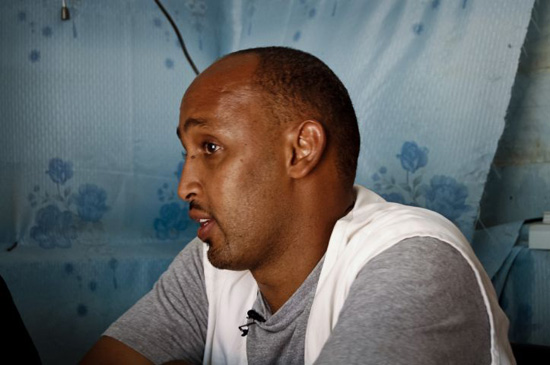 Dr. Gedi Mohamed is director of the general hospital at Dagahaley refugee camp, near Dadaab in northeastern Kenya. He is the first Kenyan Somali doctor to work in the camp since Doctors Without Borders/Médecins Sans Frontières (MSF) took over health care there, and he believes that the linguistic and cultural links he shares with his predominantly Somali patients make a huge difference to the success of his work.

In recent months, the hospital has come under increasing pressure as thousands of new refugees have continued to arrive from Somalia in need of medical care. Like the camps themselves—which were built to hold 90,000 people, but are now “home” to more than 350,000, not including those huddled in makeshift tents in the surrounding desert—the hospital is struggling to keep up with demand. Last week, MSF opened an extra 60-bed ward to accommodate all the sick and malnourished children.

Here, Dr Gedi describes what brought him to Dadaab, and how MSF is coping with the current crisis:

“I was born 130 kilometers [81 miles] north of Dadaab, in the town of Wajir. My family are Kenyan Somalis. My parents are just ordinary people, but my grandmother educated me, my cousin—who was a pharmacist in Nairobi—encouraged me to do medicine, and my brother paid all of my fees. With this support from my family, I went to Uganda, to Makerere, the oldest university in East Africa, where I studied medicine and surgery for five years. This was followed by a year at the hospital in Embu, in central Kenya, which I can honestly say was the hardest year of my life. But that’s what made me who I am, and it was good preparation for working in Dadaab.

When I first came to work for MSF, in early 2010, I was the first Somali doctor in the hospital. In fact, at one point I was the only doctor in the hospital. Now we have eight. In that first year I was completely overwhelmed by the amount of work. At that time, MSF was just starting up its surgical program, and as I specialized in surgery, I decided to stay on. I’ve been director of Dagahaley hospital since September.

Working in Dadaab is incredibly challenging. The environment is very harsh, and we work hard. We take just two days’ holiday a month. On the other hand, the result of what we do is visible, and every day you get to help someone. When I go to the market, people are constantly coming up to thank me and to say ‘I was your patient.' That is the satisfaction that keeps us going. I can’t imagine I’ll ever achieve more in my career than what I’m doing here, in terms both of helping patients and the special relationship I have with them.

Ninety-eight percent of the camp’s population comes from Somalia. As I’m a Somali speaker, patients can come and talk straight to me. If you have a translator, you lose so much that is important. But it’s about far more than simply having a language in common. I understand the culture, the religion, the environment they’re in. I can relate directly to them. If there are issues around giving care—if a patient is refusing treatment, for example—I can explain it from a religious perspective. Our shared culture makes it easier for me, and for the patients too.

The challenges that the hospital faces are different for the two populations—the long-term refugees and the new arrivals. They both have different experiences and expectations and need to receive different health education messages. In Somalia, health care has been a victim of the civil war. The new arrivals have no experience of conventional medical care, so we have to explain very clearly what is going on. We have to convince people that certain critical conditions are treatable, and that, if they will just give us time, the patient doesn’t have to die. They have a very different perception of health compared to someone who has lived in the camp for 20 years.

But our current challenge has less to do with perception than sheer numbers, as we try to deal with the thousands of new refugees who are arriving each month. Until recently, bed occupancy in the hospital was at about 80 percent, but now we are seeing occupancy rates of 110 percent. This is having a big impact on the quality of care provided, as staff who previously did a ward round for 20 patients are now doing ward rounds for twice that number.

Last month there were 308 deliveries in the maternity ward – double what it was a year ago – and the numbers of sick and malnourished children are rising steeply. Right now we have 80 severely malnourished children with medical complications in the inpatient feeding center, and 782 children with malnutrition receiving outpatient care. We have just opened a temporary extension to the feeding center, with 60 beds, to accommodate the overspill from the wards, and have taken on more staff. Outside the hospital, in our five primary care health posts, extra staff have also been brought in, while a new health post opened in March to cater specifically to the needs of the new arrivals.

I can say that health indicators are now at an emergency level.”