In this blog post, Imran, an MSF water and sanitation specialist, discusses the challenges of providing clean water to refugees in South Sudan. 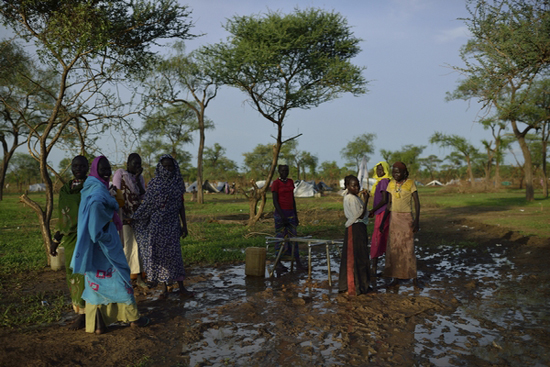 Women gather at a water tap in T3, the temporary transit site for new arrivals near Jamam. 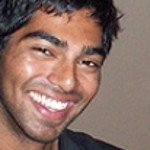 Imran is a water and sanitation specialist working in the Jamam refugee camp, South Sudan.

This is Imran’s second emergency mission with MSF, the first having been during the Indus River floods in Pakistan in 2010.

On Thursday we rose with the sun and headed out to the surface water treatment site to see if we could get the system to produce clean water. A day earlier, the pumps at the Bamtiko borehole—the main source of water for Jamam refugee camp—had failed. The nongovernmental organization (NGO) that was responsible for water supply in the camp had made an urgent request to MSF to set up emergency water treatment capacity. Waterborne disease had always been one of the primary threats for the refugee population in this place, but with hepatitis E now also spreading in the camp, ensuring safe water supply was more critical than ever. MSF agreed to do what we could to fill the gap.

My team and I had brought the six crates of the water treatment system to the field the day before and set it up, but I still couldn’t get it working right.

The system is designed to treat water with turbidity—cloudiness or haziness of water—up to 200 NTU with spikes of 300 NTU (Nephelometric Turbidity Units—a measure of the cloudiness or haziness of a water sample caused by suspended solids) but the turbidity in the kheffir* we were trying to treat was much higher, around 350 NTU. It seemed to be more than the system could handle and the water coming out was still too dirty to effectively disinfect with chlorine.

That morning, as the rains came in and lightning touched the earth around us, I tried experimenting with different system arrangements, coagulant doses, flow rates and water pressures—anything to make it go, but it still wasn’t working. I was nearing wits end when Eve arrived with the tanker coordinator from the water supply NGO; the taps in the camp had run dry. We needed water as soon as possible.

Quickly, we moved to disconnect the water treatment system and begin just batch flocculation and chlorination (a simplified emergency water treatment method) in the 30,000 litre tanks that we’d already set up, to get water of some kind of quality out to the camp. We dosed aluminum sulphate coagulant (a chemical agent that accelerates the agglomeration of suspended solids in the water) directly into the tanks and stirred it with a broken shovel that we found. The water began to flocculate immediately but it was still settling too slowly. The water supply NGO had in fact tried batch flocculation at this site before but they found that it took more than six hours settling time to get the water below 5 NTU, what it needed to be for effective chlorination. We didn’t have that kind of time; the camp needed water, and lots of it, right now. After two hours, the water in the tanks was still more than 30 NTU. It struck me that it was likely the high turbidity of the raw kheffir water that was exceeding the treatment system’s in-line flocculation capacity; if we could somehow clarify the raw water just a little bit before the filtration stage, it just might work.

Moving quickly, we disconnected the in-line flocculation apparatus from the treatment unit and shifted the system intake from the kheffir to the tanks in which the water had already been settling. We powered up the pumps, and there we had it — beautifully clear water of 2 or 3 NTU. The tanker coordinator radioed for his water tankers, and we spent the rest of that day pumping clean water directly into the trucks, batch chlorinating them, and sending them into the camp.

Every day since then, the system has been producing more than 120,000 litres of safe water for the camp, about half of the total need. We’ve just handed it over to the water supply NGO who’ll be operating it until a newly-constructed pipeline to the Bamtiko borehole has been stabilized.

It’d been good fun getting that system going. By the time evening came around that first wet day, I was covered in mud, exhausted, hungry, my clothes bleached by spilled chlorine — a day well-lived. I’m looking forward to doing it again.

*A kheffir is a small surface water body where rain collects during the rainy season, that people use as a source of household water.