As a child living in a displacement camp in Uganda, Aisha Akello first found Doctors Without Borders/Médecins Sans Frontières (MSF) when her brother needed urgent treatment. More than 30 years later and now working as an MSF midwife, she shares her inspiring story.

I’ve been working in the MSF hospital located inside the camp for internally displaced people (IDP) in Ngala, northeast Nigeria, since May 2019.

When I was a child, I was just like them—one of the displaced people.

My story with MSF dates back to when I was around eight years old. I am from northern Uganda, and at that time [around 1988] there was an active conflict in my village.

Rebels come at night to rob and kidnap people, so we would spend the night on the road outside the village while staying home during the daytime.

At one point we had to leave our village and moved to an IDP camp. We lived in a small hut made of mud and straw—just like those shelters here in Ngala—us nine children and our parents.

I remember one of my brothers became severely malnourished. He was really ill. He was brought to a therapeutic feeding center in the camp that MSF was running at that time.

Thanks to MSF’s treatment, he recovered well and became able to play again.

Seeing MSF cars passing by in the camp, we used to shout “Give us Plumpy’Nut!” [a therapeutic food used by MSF to treat malnourished children]. Funny enough, I already knew what Plumpy’Nut was back then.

Up to secondary school, I went to a school for displaced people located outside the camp. When I was 15 years old, however, it was decided that I would get married. After giving birth to a child at the age of 16, luckily enough I managed to go back to school.

After a while, I received a scholarship at a nursing/midwifery school.

In the beginning, I didn’t like midwifery as I was fearful of seeing and helping deliveries. The first time when I helped a delivery, as a trainee, I was so afraid that I almost urinated! But after some experiences, I found my confidence and motivation to practice it.

The hospital where I was doing my traineeship was near my village and the IDP camp. MSF was running a therapeutic feeding center near our hospital and would transfer pregnant mothers to us for delivery. I proactively received those patients and worked closely with one of the MSF translators, Solomon, who accompanied the mothers as well as an MSF nurse who was an international staff.

One day an MSF nurse came to me and said that, “People always tell me about you, Aisha, saying that you take good care of patients!” Which opened up a door for me to join MSF.

As I was still a trainee at the school, I began as a “daily worker” as a nurse assistant. After gaining my midwifery certificate, I was hired as a nurse for four years until the project closed in 2007.

Then I worked again with MSF, this time finally as a midwife, from 2010 until 2012. That's when I decided to apply to be “international staff”. Since then I’ve been working as a midwife all over the world with MSF.

As a child living in the IDP camp, our dream was to touch an MSF car. People knew that it was an organization that supported and saved our people when we were most in difficulty.

My mother is very proud seeing me working for MSF and wearing an MSF t-shirt. My brother, who was treated by MSF, is 32 years old now and has a son.

When I was living in the camp, I never imagined myself accomplishing something as I am today.

Coming back to Nigeria, my responsibility here is to help improve the skills and capacities of local staff to ensure safe deliveries. As I used to be local staff in MSF in Uganda, it helps me to understand what they think and how they work.

The situation in the camp remains difficult here, and there is a lack of awareness about the available health services. But, I am thankful that I’m able to work for people who need support, just like I did 30 years ago. 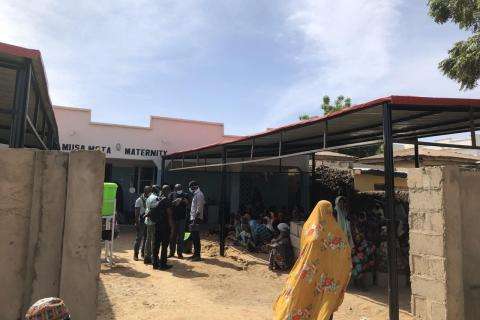 Niger: MSF scales up operations to care for growing numbers of sick and malnourished children in the Maradi region 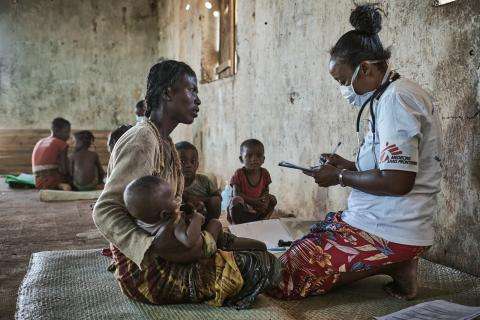