MSF's Project Coordinator in the Pakistan district of Hangu talks about delivering emergency care in a conflict-riddled area where the medical needs are intense. 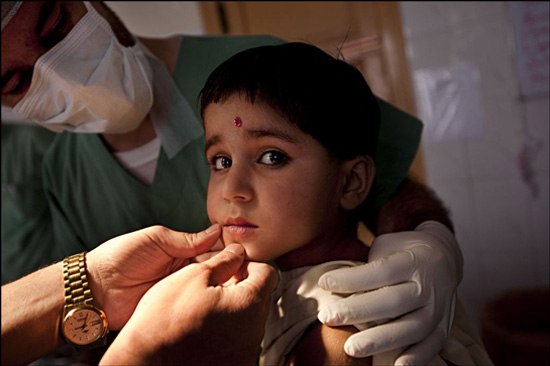 A young patient in Hangu.

Brian Moller is a nurse by training. "I am a nurse specializing in pediatric anesthesiology, radiology and angiography,” he says. “I worked in pediatric surgery for nine years and in emergency rooms for five years in one of Australia's largest hospitals.” Currently, he is serving as Doctors Without Borders/Médecins Sans Frontières (MSF) project coordinator in Hangu, in Pakistan's Khyber Pakhtunkhwa Province. Here, he talks about his mission and his experience:

This isolated, poor, rural district has suffered from years of conflict between armed opposition groups and government forces, and between Sunni and Shia, and has been affected by the presence of Afghan Taliban and groups linked to Al Qaeda as well.

In May 2010, MSF opened an emergency room and a surgical department in the district hospital. We have 42 beds and treat an average of 1,200 patients in the emergency room every month. Approximately 35 percent of them suffer from traumatic wounds. Most of our surgeries are performed on victims of violence, including wounds from bullets, knives, explosives, attacks, mortars, grenades, bombings and aerial attacks.

Our team also treats more "standard" cases, such as roadway, household, and industrial accidents. Since the program opened, we have treated more than 150,000 people in the emergency room and have performed more than 600 operations.

Because of the insecurity, the team lives and works in the hospital. Metal detectors, sandbags, body and vehicle searches make the hospital the only public place in the district where weapons are not present. This program is special. It requires considerable psychological, emotional and physical effort. The work is difficult and the region is, too. But this is a fascinating, unique and remarkably rich experience.

MSF does not accept institutional funding for its programs in Pakistan and has chosen to rely solely on private contributions. Since 1986, in Pakistan, MSF has provided free medical assistance to Pakistani communities and Afghan refugees who are victims of armed conflict and natural catastrophes and with limited access to care. MSF works in Khyber Pakhtunkhwa province, the Federally Administered Tribal Areas (FATA), and Balochistan.

*Cutaneous leishmaniasis is a skin infection caused by the bite of a sandfly.