A woman enters the sunny courtyard of an old house in Kilis (southern Turkey) to welcome us, summoning her son to clean a set of plastic chairs with a rag before we sit down. Her name is Loubna* and for the next half hour she shares her thoughts about life as a Syrian refugee with two Community Mental Health Workers (CMHWs), while her youngest son plays hide-and-seek behind her. He seems curious about the strangers who just entered his home, but a bit apprehensive at the same time. The CMHWs are part of a team of ten, who visit Syrians in their homes and in public spaces every day to provide psychosocial first aid and identify those in need of further follow-up by the team of psychologists. 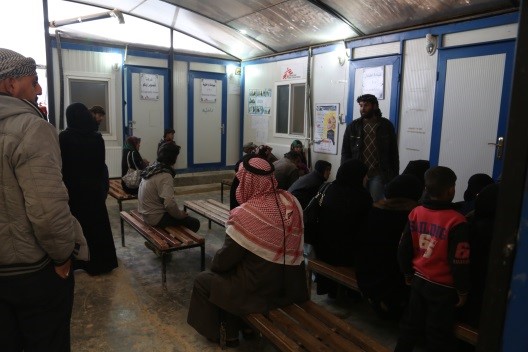 Many of our beneficiaries arrived in Turkey several years ago. Their acute sense of insecurity has diminished, but still there are a myriad of factors that affect their mental health. First, there is the close proximity to Syria, both literally and emotionally. Here in Kilis, just a few kilometres from the border, you can see Syria from the hills and sometimes even hear the distant sound of shelling. Their lingering emotional bonds with Syria are even more difficult to deal with. Everyone here has family or friends inside the country, some of whom they have not heard from in a long time. Others regularly feed them with harrowing stories of daily life from inside a country still at war. 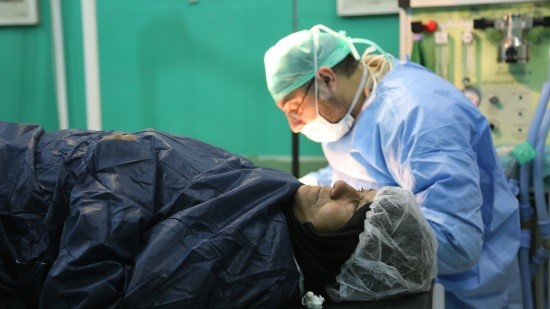 Then there are the challenges of living in a foreign country. Kilis´ population now consists of roughly equal numbers of Syrians and Turks, however for many Syrian refugees, fitting in to a country that is not their own remains a struggle. As Loubna tells us over coffee, “It is difficult to be a stranger, with no work, no own home and no family around.” She sleeps poorly. Once very sociable, she now avoids contact with others. She lives with her four kids and her sister-in-law in a very basic home. When the sun is shining, the courtyard feels very welcoming but the plastic sheeting over the windows hints at the cold winter the family has just endured. Living conditions can foster further tension as well. The homes we visit range from relatively comfortable to garages that have been converted into living spaces. With limited daylight and a lack of privacy, it is not surprising the mental wellbeing of refugees suffers.

I always feel somewhat uncomfortable entering private homes to accompany our Community Mental Health Workers, but have been pleasantly surprised that people do not seem to mind the presence of a foreigner. During our daytime visits we usually find women and children at home, eager to chat with us and share their experiences. They offer us endless rounds of coffee or tea and I am always impressed to see how quickly our colleagues (Syrians themselves) gain the trust of the people we visit. 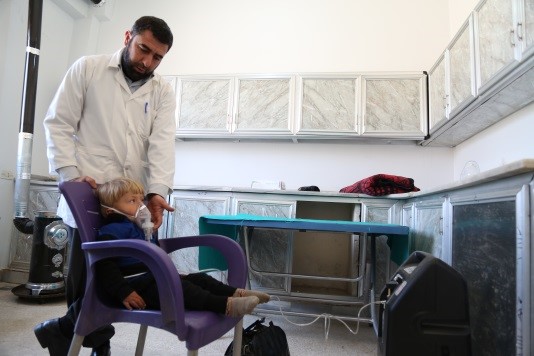 As a ten year old girl told us, she loves her teacher and would like to become a teacher, her mother quietly started crying. Fatima* explained that she considers education the most important tool to give her children a future, but that she constantly worries that financial difficulties will force her to take her kids out of school and send them to work instead. It is just one example of how children, even those who barely remember their home country, are affected by the war. Loubna mentions that the games her children play have changed over time and now tend to include gun fights and war planes, a reflection of what the kids have started to consider daily life.

While every Syrian in this town has a sad story to tell, it is also impressive to see their resilience. Even if she thinks she will be unable to return to Syria, Loubna remains hopeful for the future, grateful that her immediate family is safe and that they have found refuge in Turkey. Fatima, for her part, was smiling by the time we left her house and thanked the CMHW’s for the opportunity to share her thoughts and fears, saying she feels like a weight has been lifted of her chest.

*names have been changed

MSF has been supporting Citizen’s Assembly, a Turkish NGO, in Kilis since 2013. Besides the mental health and psychosocial support, MSF also runs a clinic providing primary healthcare for people who fled Syria.