Somalia: Patients Who "On Top of Being Sick, Are Actually Starving" in Marere

An interview with Hussein Sheikh Qassim is the Medical Activities Manager in the Doctors Without Borders/Médecins Sans Frontières (MSF) hospital in Marere, southern Somalia. 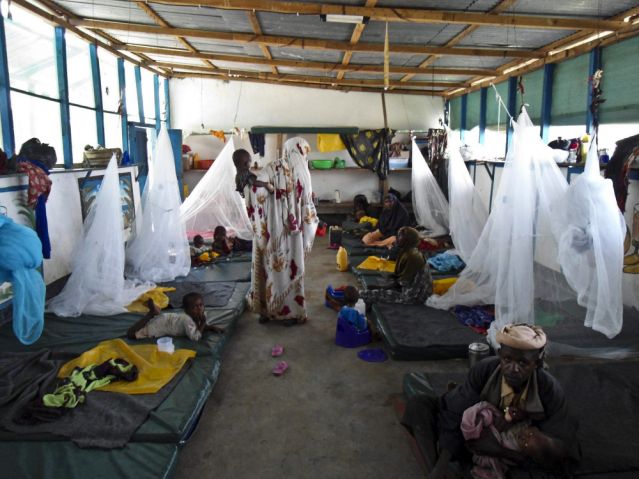 Hussein Sheikh Qassim is the Medical Activities Manager in the Doctors Without Borders/Médecins Sans Frontières (MSF) hospital in Marere, southern Somalia. He spoke by phone on August 17.

Today, when we woke up, the skies were covered by dark clouds and we still haven’t seen the sun. Because of the weather, people haven’t brought the sick to us today. No cars are going back and forth between towns for fear of heavy rain. The roads here are not tarmac, and when it rains the soil gets muddy and no vehicle can move an inch. So no one is taking any chances, even though it hasn’t rained properly here for the past three years.

But, despite the dark clouds overhead, the hospital is still full from the numbers of people who have been arriving over the past few days. We have been really busy.

Last night, there were 103 children staying in our feeding center, all severely malnourished. We have 57 patients of all ages in the inpatient department, 131 patients in the tuberculosis department, and we do about 300 outpatient consultations every day. We also have an immunization department, a clinic for screening patients, and of course the mobile clinic, which goes to towns around Marere so we can treat patients without them having to come to us. We also have cars on standby which act as ambulances and which go to neighboring towns and bring the most severely malnourished or ill patients to us. So, in terms of numbers, ours hands are full beyond capacity.

Marere is a bit different from other regions: it is next to the river and we get occasional showers here, even though the soil is too dry for it to make any difference and no vegetation grows. Most of the country is facing a severe drought, and most of the patients we are seeing are extremely malnourished. In hospitals in normal countries you see sick patients, but what we are seeing here is not normal. We are seeing sick patients who, on top of being sick, are actually starving.

A lot of mothers have walked for days just to visit our hospital, carrying their children on their back. The mothers haven’t had anything to eat for days, so we end up having to treat and feed them too.

This week an elderly woman arrived with her three-year-old grandson from Jiro, a camp for displaced people, 70 kilometers [42 miles] from here. Their family were herders, but all their cattle had died and they were left with just a few goats. The boy’s grandmother told us that Siyat Abdi Ali had been sick for a month–coughing, vomiting and suffering from diarrhea. But what really shocked us was that for the whole month the child had been sick, all he had been fed on was sweet tea with a trickle of goat’s milk, as that was all the family had left.

As you can imagine, the child was skin and bone, and starving. We admitted him straight away, and he was diagnosed with pneumonia and severe malnutrition. His grandmother was severely malnourished too, and they are both being treated in the hospital now. Siyat is being fed through a tube because he is too weak to eat on his own, but at least he is moving his limbs now, unlike when he was first brought in.

Generally we are seeing more malnourished adults, which is something we are not used to. We have just admitted a 14-year-old boy to our feeding center–in Somalia, 14 is considered grown up. There are increasing numbers of severely malnourished pregnant women, too. Expectant mothers need more food, because they have to eat for two. But many of these women are so malnourished and so weak that they don’t have the muscle strength to push when they go into labor. A lot of muscle contractions are required to give birth naturally. We are seeing more cases of women who have bled because they weren’t able to give birth naturally, so we give them blood transfusions. In the lucky situation where the children are born alive, they are of low birth weight, and severely weak, and so we admit them to hospital too.

MSF is saving a lot of people–children and adults–who might otherwise have died, from malnutrition or from preventable causes. There are no other agencies anywhere near here, and we are the only organization providing assistance–in terms of both health care and food–in this region. We have been doing this for years.

Let me tell you a story. Before MSF opened its hospital in Marere in July 2003, the region had very few young people, because so many were dying from preventable diseases. Now, if you take a simple walk around the town, you will see many youngsters who maybe wouldn’t be here today if we hadn’t given them immunizations and medical treatment. People jokingly call any child under the age of 11 “the MSF generation."

MSF has been active in Marere since July 2003. Around 140 national staff members run a hospital program with inpatient and outpatient facilities, EPI (vaccinations), a reproductive health program (emergency obstetric care and ANC), and a large nutritional component with therapeutic feeding centers.