View Photo South Africa 2019 © Jelle Krings
Phumeza Tisile, from Khayelitsha, South Africa, was diagnosed with TB in 2010. Her diagnosis later changed to multi-drug resistant TB (MDRTB), and ﬁnally to extremely drug resistant TB. While on treatment Tisile began speaking out about the impact treatment was having on her body and mind—including the loss of her hearing. After receiving two cochlear implants, paid for by privately raised funds, she regained her hearing and committed herself to raising awareness about the devastating side-effects of drug-resistant TB treatment and the urgent need for shorter, less toxic alternative drugs. She has since spoken at the World Health Assembly, the Union Conference, and the ﬁrst-ever UN High Level Meeting on TB. “I like to promote the idea that often the most meaningful thing you can do as a survivor of TB is share your experience directly with someone who has TB, helping to keep them positive on what remains a very difﬁcult journey,” she said.
South Africa 2019 © Jelle Krings
Click to hide Text

For people living with drug-resistant forms of tuberculosis (TB), the road to recovery can be long, painful, and lonely. Patients can spend months or years ﬁghting the disease, enduring daily injections and swallowing thousands of pills. Though new drugs to treat TB oﬀer some hope, they are still priced out of reach for many of the patients who need them most. Activists—including members of Doctors Without Borders/Médecins Sans Frontières (MSF) and its Access Campaign—aim to change that.

Some of the most effective advocates for changes to the way TB is treated are the people currently battling it. To this end, in 2019 MSF convened training workshops for "TB Leaders" in South Africa, which has particularly high rates of the disease. 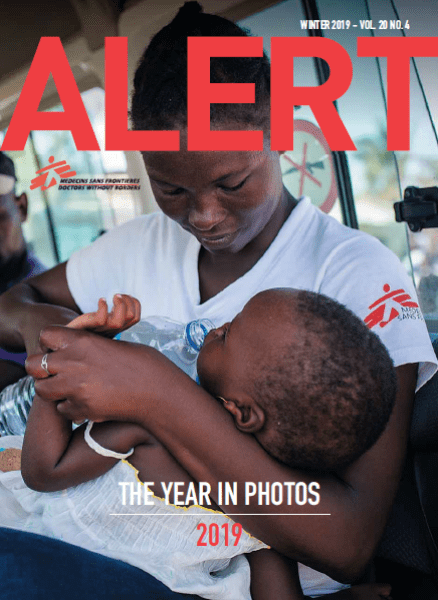 These three-day trainings included sessions on TB, leadership, advocacy, and communications and networking skills. “Patient advocates have gathered to support each other through treatment, to march on parliament, and to stand against stigma,” said Dr. Eric Goemaere, MSF’s HIV/TB coordinator in the organization’s Southern Africa Medical Unit.

As part of the project, MSF worked with Dutch photographer Jelle Krings to produce a series of portraits of South African TB survivor activists. From a pop star to a Zulu prince to a public hospital dietitian, these portraits show how TB can touch the lives of people from vastly different walks of life—people who, with the right tools, can become powerful advocates for better, safer, and more accessible treatment.