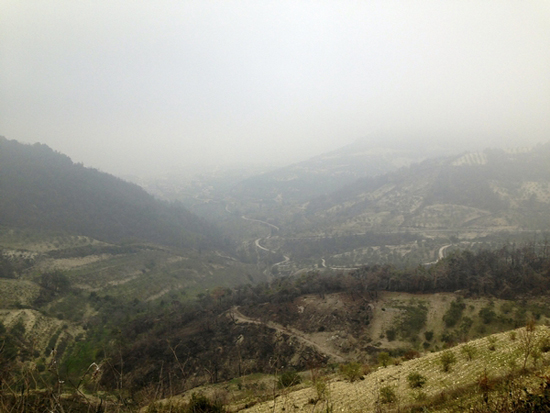 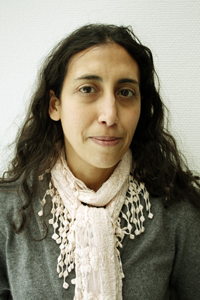 Field Coordinator Katrin Kisswani headed Doctors Without Borders/Médecins Sans Frontières (MSF)’s activities in northern Syria for two months. Here, she describes the difficult reality faced by the population and MSF teams in the mountainous area of Jabal Al-Akrad, where the health system has collapsed after nearly two years of conflict:

The Jabal Al-Akrad region, in the north of Idlib governorate, is fairly mountainous and close to the border with Turkey. While some of these areas haven’t seen fighting of the same frequency and intensity as areas further inland, the situation remains extremely volatile and dangerous.

Almost on a daily basis certain villages here come under attack from rockets and helicopters that drop drums full of explosives and metallic devices. The impact of these attacks is devastating for the local population—shrapnel wounds and crush wounds from collapsing houses. It’s a beautiful area and on bright days the clear blue sky gives a stunning view of the mountains. But the beauty is always short-lived, as a clear day means the helicopters are bound to come. There were days when several drums were dropped in the centers of populated villages and we received several wounded, including children and women, at our field hospital. One was dead on arrival, several needed surgical interventions, there were internal injuries, and one old woman needed to have a foot amputated due to the severity of her shrapnel wound.

During clashes or attacks patients often arrive in waves and it’s unclear whether it is the start of a mass casualty event and more will be coming or if things will slow down. You’re then faced with difficult choices. Do you start surgery on a wounded patient and hope that nobody with more severe injuries arrives? Or do you put the patient on hold a bit and prepare to receive another wave that might not actually arrive? Getting clear information about what is going on is tricky. This is what we’re faced with and it’s always a difficult balancing act. But that’s the nature of providing emergency care in such a context.

The conflict is a constant source of fear and anxiety for people. Even when they don’t drop bombs, the fear that the helicopters instill causes a lot of injuries. People hear the helicopters and panic, and you have traffic accidents, motorbikes hitting cars and walls. Once we treated a child who was on the roof of his house when the helicopters came. He was so frightened he jumped off the roof, falling several meters to the ground. He was brought to us with a concussion and breathing difficulties, but thankfully, we were able to treat him successfully.

We are assisting a lot of displaced people who have fled more intense areas of conflict. For them, normal life—having food, fuel, and water; sending children to school; having a stable view of the future—has stopped. There are children with depression who are unable to eat or sleep, and people struggle with basics. We’ve been able to distribute blankets, hygiene materials, and jerry cans for collecting water, and we’ve been carrying out mobile clinics.

A lot of the time we deal with basic primary health care issues and chronic diseases—high blood pressure, heart disease, asthma, diabetes, and the like—conditions that are escalating because the health care system in Syria has essentially collapsed. We had a cancer patient who was supposed to be receiving chemotherapy. He came to us in a terminal stage and all we could do was offer pain relief. There are also massive problems with maternal health care. Pregnant women basically have nowhere to go and are forced to give birth at home, and are lucky to find a midwife or a traditional birth attendant. These cases are increasing and we are assisting with normal deliveries as well as carrying out Caesarean sections when needed.

In the event of certain emergencies or conditions we can’t treat, we refer patients to hospitals in Turkey and help to arrange transportation for them. That can be very complicated.

MSF started activities in Syria by focusing on the war-injured, and obviously that is still a big part of what we’re doing. But the country has been suffering this conflict for two years now, and in that time the health system has virtually disappeared in many areas, leaving people in desperate need of the most basic care. Increasingly, we’re providing that in the areas where we work, but the needs are huge. MSF is needed here. We have a lot of work to do.