Tawila, North Darfur: "Now it"s known as a place that was brutally destroyed" 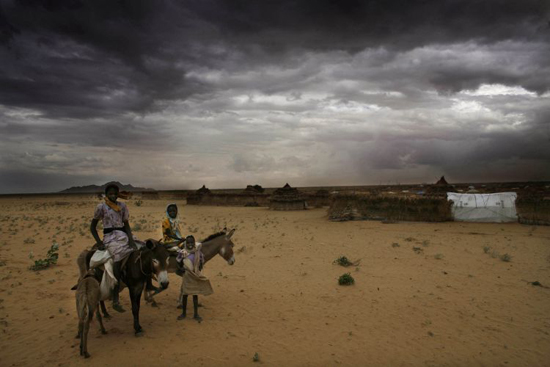 Children wait with their family’s donkeys on the edge of Rwanda Camp near Tawila, North Darfur. 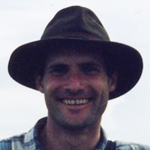 Chris Sauer, a fire chief in the Lake Tahoe area of California, has been on five assignments with MSF since 1998, to southern Sudan, Uganda, Liberia, South Darfur, and, most recently, Tawila in North Darfur. Sauer served as interim project coordinator from February to March 2008. Given the insecurity in Darfur, MSF wanted to make sure that a month-long gap between the departing and arriving field coordinators in Tawila was covered, so there was no chance of the team’s progress deteriorating. Here, he describes his experience.

To give you an idea of Tawila, it used to be a very prosperous town in North Darfur with many brick buildings. Tombac, an expensive type of chewing tobacco, was cultivated there, and you can still see some brick buildings, and, more often, parts of brick buildings that used to be warehouses and homes. During a brutal attack by government-supported militia in 2004, nearly the entire town was looted and destroyed.

Now, the area is controlled by the Minni Minnawi arm of the Sudan Liberation Army (SLA), which has signed a peace agreement with the government. Security is tenuous, however, and the town, which used to have 40,000 residents, is empty. You can walk around on the streets and, apart from a small market area, it’s completely silent and deserted.

After the attack in 2004, most Tawila residents ended up in an internally displaced person (IDP) camp east of the town, close to the city of El Fasher. People from outside of Tawila were terrorized as well, and they fled toward the town. Three camps formed nearby, the largest being Rwanda camp, with 10,000 to 12,000 IDPs, next to what is now a United Nations-African Union Mission in Darfur (UNAMID) base. Argo is a smaller camp with 2,500 to 3,500 people, and Dali has 8,000 to 10,000 people.

Every day, MSF runs mobile medical operations in all three camps, providing antenatal and postnatal care, vaccinations, and nutrition for malnourished children. I was there in the dry season when it was very cold and dusty—especially bad if you were a displaced person living in a shack with just a little bit of plastic sheeting between you and the wind and the ground. As a result of that, we saw a lot of upper respiratory tract infections and an increase in pneumonia, so we conducted a wool blanket and plastic mat distribution. In a little over a week, we got blankets and mats to more than 20,000 people. Inside Tawila town, MSF runs a primary care clinic with inpatient and outpatient departments where we see about 200 patients a day.

The project initially began in August 2007 and almost immediately closed down because of an armed robbery in the office, so it didn’t really get started until November. Because of insecurity, there had been virtually no humanitarian presence in the area since 2006, and there was still very little while I was there. Of course, to be fair, 2007 was a very dangerous year for NGOs; about 150 humanitarian vehicles were carjacked on the roads. And after we restarted our project, a few NGOs began to get more active. In some areas, the only assistance people were receiving was food rations from the World Food Program (WFP), but rations were inconsistent and would stop from time to time.

We were working in the Tawila area, but we wanted to see what sort of needs there were in more remote communities and to make sure we weren’t discriminating against different populations. So we set out with two nurses, a doctor, a logistician administrator, and me, a field coordinator, and in the end, we decided to incorporate several additional areas into our weekly mobile clinics.

Part of the reason for expanding our outreach was to reinforce MSF’s neutrality, which is critical to operating in this kind of environment where there are so many conflicting groups. But we start programs because there is a clear medical need, and that is what we were looking out for. In Taburat, west of Tawila, we saw an especially clear need. This was a very isolated population of about 16,000, living a three-hour donkey ride from Tawila, but with very few donkeys and no vehicles. They were suffering from extreme isolation; the roads were closed, and it was dangerous to travel outside of an area controlled by one group into an area controlled by another group, so they really had no access to medical care. The last time an NGO had been there was in 2006. We saw a lot of skin problems related to poor hygiene and little access to clean water, and we saw some malnutrition.

The evaluations also involved a lot of going around and talking to leaders of the different rebel groups that controlled each area and to community leaders. That’s an ongoing challenge inside the camps, too. It was tough for me, since I was there for such a short period of time, to try to get a handle on who I was talking to, what group they represented, and basically what their agendas were. While we were trying to send the same, clear message to everyone, it’s also very important to know who you are talking to.

Nevertheless, I felt very good about the project and our team. As I was leaving, they were adding a mental health component because we had been seeing a lot of post-traumatic stress disorder. For most of the IDPs, they don’t know what their future is going to be like, so it makes life very difficult. And meanwhile, no one is going back to Tawila. It used to be known as a prosperous place and now it’s known as a place that was brutally destroyed. I think people don’t want to move back or rebuild again until things get settled in Darfur. Otherwise, they run the risk of it all being taken away again.