"There Are Solutions for All These Problems. It"s Just That More Needs to Be Done"Fast"

"All these people in the camps are normal people who had normal lives. They’re not rich people, but they had houses and clothes, and then one day, they had to pack their things, leave their lives behind and start to walk. For weeks on end." 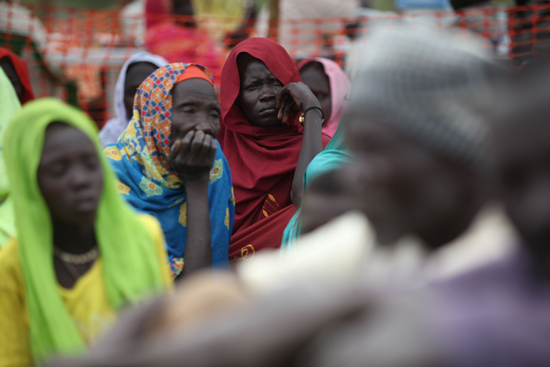 Refugees from Sudan have entered South Sudan's Upper Nile State by the tens of thousands. Refugee camp sites are packed and water supplies are dwindling.

“I’ve just returned from three hours at the temporary refugee site called Kilometer (Km) 18, doing triage, providing basic consultations, and treating the sickest people. The worst cases of dehydration we refer to the field hospital where I’m based at the Jaman refugee camp, but there are so many cases of severely malnourished children at Km 18 that we set up an intensive therapeutic feeding center there two days ago.

“We were dealing with the worst cases this morning, but what’s difficult to take is that everybody here needs treatment and assistance of some sort, but because of limited time and limited resources, you can only help a limited number of people. We have to focus our energies on the most critical cases and we have to make those choices. But that’s hard, particularly when you know how desperate everybody’s situation is. 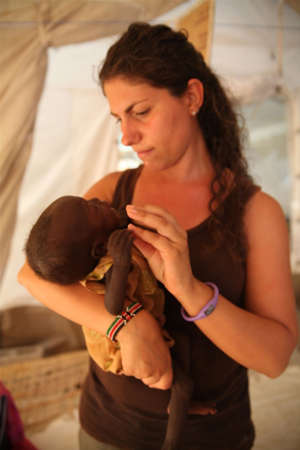 “And the situation here is desperate. The water is running out, and when it’s gone, that’s it—you’re going to have 35,000 people without water. People are right on the borderline now. We’ve managed to provide 2.5 liters (a little over half a gallon) per person yesterday and we’re hoping to get that up to 3 liters today, but that’s nowhere near enough, and the pond where we are treating and distributing water is running out. Without water, or even with a reduced amount of water, people are going to be in trouble. They need help.

“You see a lot of things here that are difficult to digest. When you’re driving in, you begin to see people scattered about, but then suddenly you’re confronted with a sea of people, most sitting down, sheltering under bits of plastic. I’ve never seen anything like it. Most are dehydrated; many have diarrhea. Everybody looks ill and exhausted. Many have just arrived after walking for 30 km (18 miles) or more on foot. You offer people a cup of water, and to see how fast they are drinking, how eager they are for water—that is a heavy thing to see.

“Most of the patients we’re referring back to our field hospital at Jaman are severely dehydrated or severely malnourished or have severe diarrhea and fever. We’ve also had one case of meningitis. One patient we brought back with us this morning was an eight-month-old girl who was so small and malnourished she looked as if she was only three months. We’ve admitted her, and are treating her now with special therapeutic food and hoping she’ll gain weight.

“We had one woman who was brought in yesterday who was severely dehydrated with bad diarrhea. Usually, if patients can drink, we give them between two and three liters of rehydration solution to drink slowly over the course of a day. You don’t want to rehydrate somebody too quickly or there can be medical complications. But this woman was in such a bad state, we had to rehydrate her using IV lines. Today, she is getting better; her condition is slowly improving.

“But that’s the frustrating thing. All these people have problems that are easily treatable. I work mainly with malnourished children here in Jaman and they’re like children everywhere.  When they’re malnourished, they have these sad faces that never smile, but as soon as they start to gain weight, you can instantly see the transformation. They start to laugh, they begin to play, and they’re fun kids. 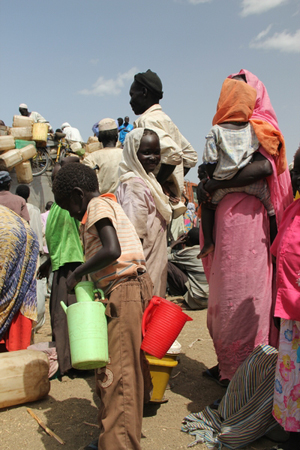 Refugees from Sudan wait for water at a gathering site in an area called Rum in Maban County. They are picked up here and brought to temporary refugee camps.

“All these people in the camps are normal people who had normal lives. They’re not rich people, but they had houses and clothes, and then one day, they had to pack their things, leave their lives behind and start to walk. For weeks on end. And if they were lucky enough and strong enough, they made it to one of these camps. And if they weren’t, then they died along the way.

“People here need water. They need food. They need shelter. Most of them have just a piece of plastic sheet to cover them. During the night it’s cold, and if you’re sleeping outside without a blanket, the risk of pneumonia or worse is high.

“To see people suffering is always difficult, but at least we are able to do something to help them. There are solutions for all these problems. It’s just that more needs to be done—fast.“

MSF runs daily mobile clinics and an intensive therapeutic feeding center at Km 18. MSF is also carrying out a measles vaccination campaign and a distribution of non-food items to refugees at that temporary refugee site, and is engaged in extensive water supply activities at various temporary sites in Upper Nile State. MSF has been providing aid to refugees in Upper Nile State since November 2011. Our teams are also running two field hospitals in the Jamam and Doro camps, where they provide more than 3,000 consultations a week. MSF has also set up a fixed clinic in the new Yusuf Batil refugee camp.