By Mari Carmen Viñoles, MSF Program Manager for the Sahel 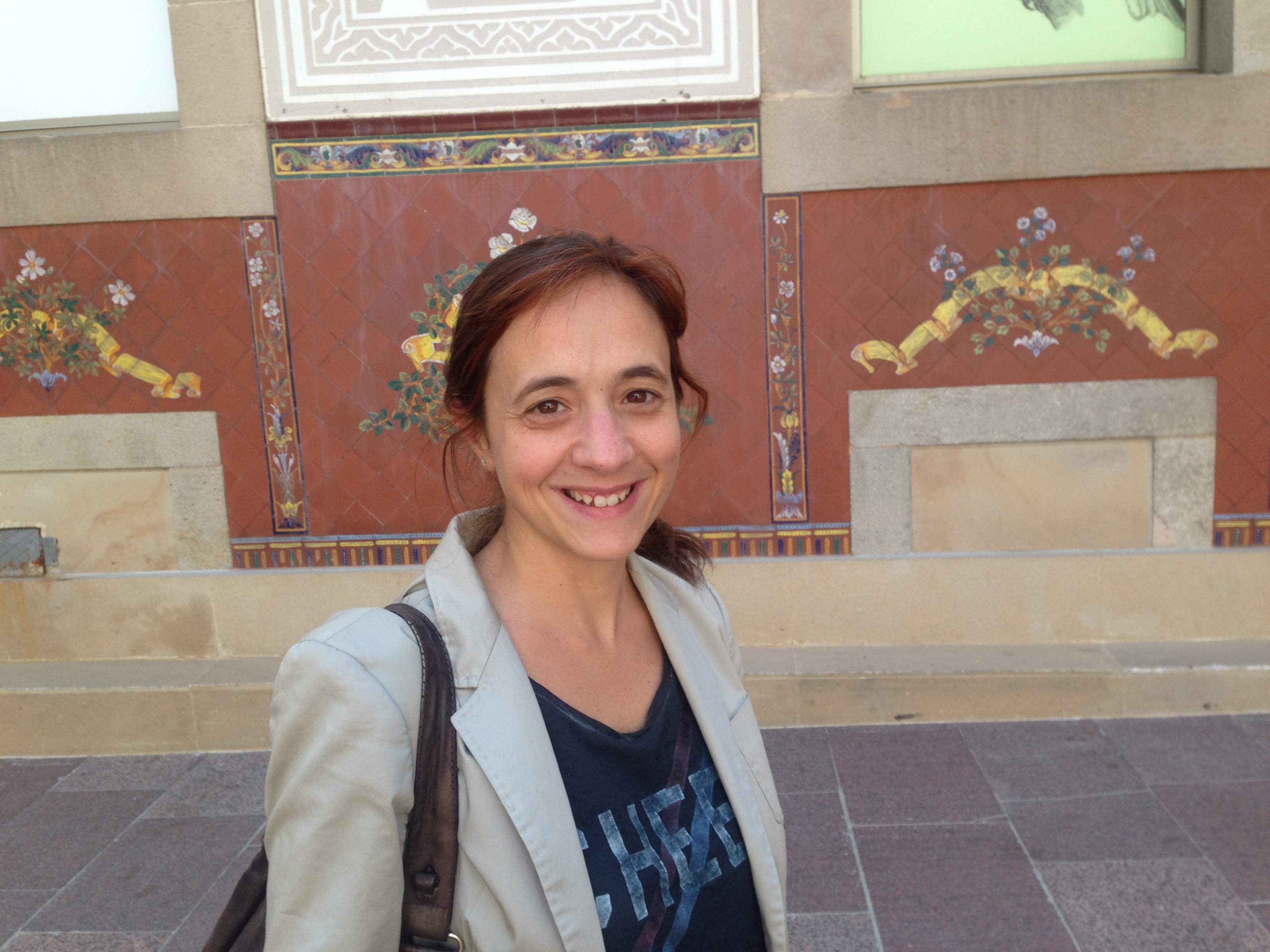 For years, the Diffa region in southeastern Niger, which borders Nigeria and Chad, has suffered the consequences of the armed conflict between Boko Haram and armies of the area. According to Nigerien authorities, there are now more than 240,000 internally displaced people and refugees in the region. More than a third of them have been displaced twice or more due to the violence.

Aisha is a refugee from Nigeria who fled her country four years ago. Since then, she has had to move several times in Niger to escape attacks by Boko Haram and to seek safety.

“We earned a good living but we were overcome by fear,” she said. Since then, she and her family have been struggling in Niger, moving through several villages that they had to leave due to attacks by Boko Haram. For a few months, they have been living in the camp for displaced people and refugees in Garin Wazam, Niger.

"I feel sick thinking about what we are going through, about the repeated attacks. We’ve lost everything."

"Here, we have nothing, no food, no clothes. My husband is ill and cannot work. Since the birth of my youngest daughter, I have been suffering from severe chest pain. Fortunately, I receive the medication I need from the clinic, but I am limited in my movements. It’s our children who have to try and find food. They are between 17 years and 18 months old. They go to search for wood that we then try to sell. Sometimes, they return with nothing, so my husband makes us some sweetened tea to stave off the hunger. This sometimes lasts for days. I feel sick thinking about what we are going through, about the repeated attacks. We’ve lost everything.”

Zeinab, a Cameroonian woman, first fled to Nigeria with her family after their village was attacked three years ago. Boko Haram fighters killed Zeinab’s husband and two of her children while they were on their way to Niger.

“[My husband] had a shop. I used to sell donuts and grew beans and corn," said Zeinab. "But three years ago, we had to flee, driven out by Boko Haram. On the way [to Niger], we had another encounter with them, and they killed my husband and two of my children. I continued to flee with my four other children and the rest of the family.”

"At the end of the day, if I haven’t found my children something to eat, they have to go to bed hungry."

The first village where the family settled in Niger was also attacked and burned down. Today, Zeinab lives in Kintchandi, a small town around which thousands of families seeking refuge have settled. “Since I left Nigeria, I have had to beg to survive. It is impossible to start a business without any money. At the end of the day, if I haven’t found my children something to eat, they have to go to bed hungry. The only ones in Kintchandi who have helped us since we arrived are the doctors. What I want is to be able to take care of my children and live with dignity; to have something to eat, clothes to wear, and a small business so that we can stay here all together.”

The stories of Aisha and Zeinab provide a brief glimpse of the lives behind the data on the displacement crisis. Like these two women, many people have had their lives interrupted by the conflict, and have been forced to live in the camps for internally displaced people and refugees that have proliferated throughout the region, with little hope for the future. Without money and without a chance to work, most of these people are totally dependent on humanitarian aid. 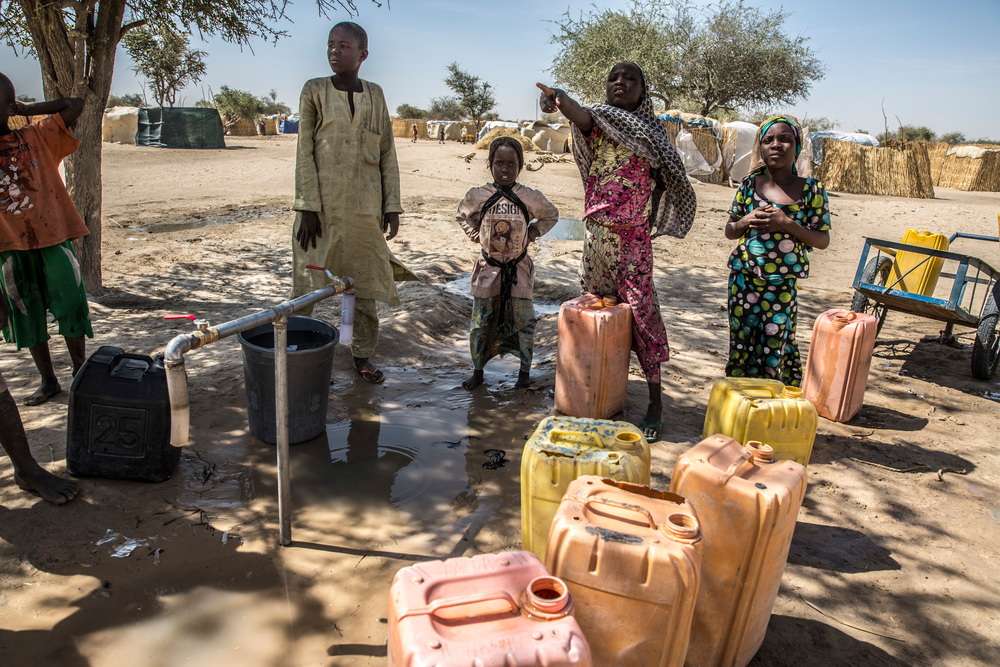 Humanitarian groups are missing where they are most needed

According to United Nations data, 455 civilians have been killed, wounded, or kidnapped since the first Boko Haram attacks in Diffa in 2015, and so far this year there have been 14 attacks related to the conflict. Despite sporadic violence, there is a feeling of relative calm in the region because there has been no mass displacement since mid-2016. Unfortunately, this has not led to better living conditions for the population.

The vast majority of displaced people in Diffa live in camps that lack proper management and good coordination between humanitarian actors. This means that very basic needs remain unmet. For example, in some of these camps there is not enough water, not enough latrines, or enough food of sufficient quality.

Access to health care in the camps also remains an issue. In the settlements where MSF is not working, people have to pay for consultations, laboratory tests, and medicines. This is tremendously limiting for these people who have almost nothing and cannot afford these payments. Even though the crisis in Diffa is not new and the reality in the region has not radically changed over the past two years, the response from some humanitarian actors still does not meet the needs of the current emergency.

Outside the town of Diffa, the situation worsens away from the main road that crosses the region, where some of the settlements are located. Unfortunately, where humanitarian groups are needed the most is precisely where the response is lacking. 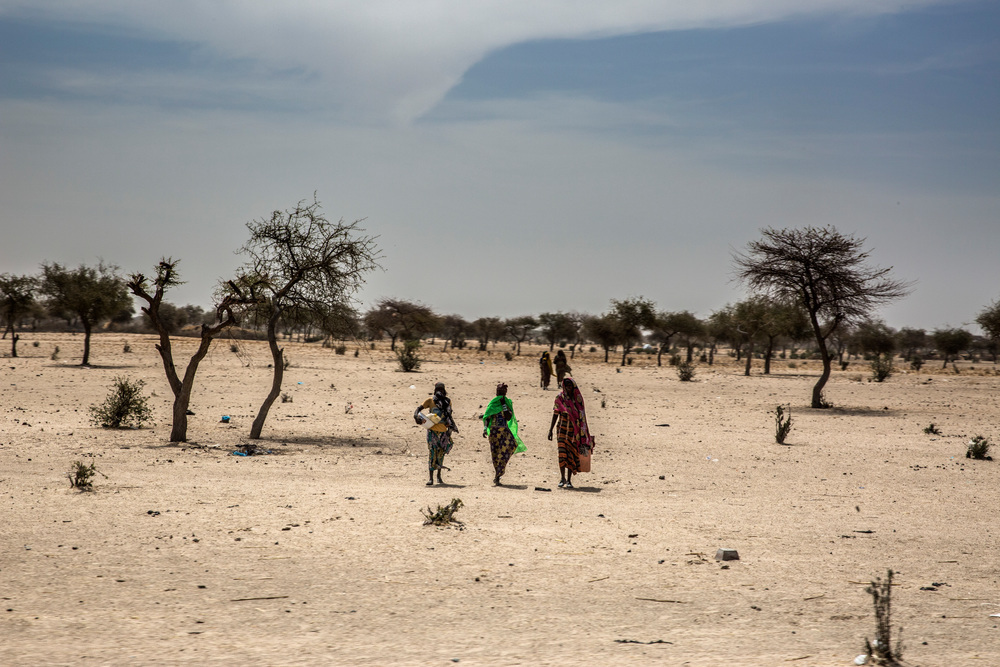 Pressure on the host communities

In addition to refugees and internally displaced people, an estimated 100,000 people are living in a situation of extreme vulnerability in Diffa. The conflict has been wreaking havoc on agricultural and livestock activities around the Komadougou River, a natural border between Niger and Nigeria, on the shores of Lake Chad, and along trade routes with Nigeria. An important way of life for these populations is disappearing.

Access to health care has also been seriously affected by the conflict. The ban on traveling by motorcycle, the most common means of transport in the area, and the curfew at night have further complicated the medical referral systems. At the mother and child health center where MSF works in Diffa town, many pregnant women arrive very late in their labor and in very poor condition. There are several reasons for this delay, but undoubtedly the difficulty moving around the town has a big impact, and can be decisive in critical moments.

In order to improve access to healthcare for the indigenous population, we are also working in several health centers in villages where more displaced people have settled and where their numbers are putting pressure on the capacity of health facilities and their staff. The local community has been generous to refugees and internally displaced people arriving in their villages, but their coping mechanisms are strained as health care and basic services are increasingly limited.

The dry season began several weeks ago in Niger, and the water level of the Komadougou River has already begun to fall. This means that the border between Niger and Nigeria has become blurred, and movement between the two countries is now much easier, for civilians but also for armed groups. Therefore, it is not unreasonable to think that the region may face more attacks in the coming months, bringing more death and suffering to a civilian population already devastated by conflict.

The other possible scenario is that such attacks do not occur and that the situation remains tense but calm. Displaced people could then begin to return to their places of origin closer to the border, and the government of Niger could even support or encourage this. However, these people must continue to have access to the humanitarian assistance on which they are totally dependent. If this assistance is not sustained, even in their places of origin, the crisis could be further aggravated.

Aisha and Zeinab want peace so that they can get on with their lives. They have been fleeing for years—and, like hundreds of thousands of other people, they are barely surviving.