"We Are Witnessing a True Cleansing in CAR"

View Photo Remi Djian/MSF
Deplaces a l'eglise a Carnot.<br/>Forced displaced in the church in Carnot. *** Local Caption *** Since February 1st, date of the anti-Balakas takeover of the city, a thousand people (mostly Peuls/Fulani in transit on their way to Cameroon) are trapped in the city ,victims of attacks and violences.
Remi Djian/MSF
Click to hide Text

MSF has been working in Carnot’s city hospital since 2010. Here, Muriel looks back on her mission, the changing context, and the situation of the displaced Muslims gathered at the church and developments on the city’s outskirts, where the status of displaced people in the bush remains uncertain.

Conditions in the city have improved significantly since the Sangaris [French military operation in CAR] forces arrived in Carnot in late February. They’ve conducted disarmament operations and the routes around the city have been secured in a radius of about 30 kilometers [about 19 miles].

This has had an impact on our activities. The hospital has returned to its normal level of activity and we are seeing many fewer wounded patients. During my mission, I did not witness the same kind of violent episodes as my predecessor, Dramane.

I always had good relationships with anti-Balaka forces in Carnot, as well as with the Sangaris and MISCA. The anti-Balakas in Carnot have been "pacified." Now organized, they are working with the national and international forces.

However, danger and threats now come from the outside, from the city’s outskirts and the bush, where the situation remains unstable and violent. Anti-Balaka groups that have not been won over or controlled are still very active there.

Their goals are primarily profit-based. They want to take power; gain control over land and the area’s diamond mines and steal the Fula’s livestock. In the bush, attacks on villages continue, along with massacres of dozens of people. 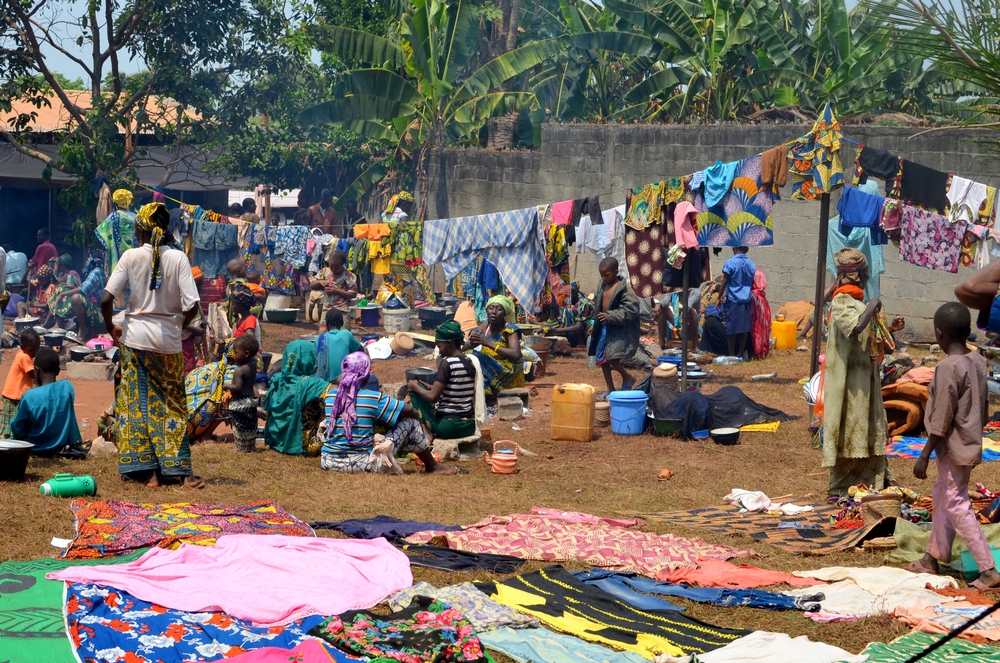 The same scenario is replayed each time the violence spikes: anti-Balaka forces gather, attack the Fula, steal their animals, and sometimes kill people (particularly men). Women and children are spared, in principle.

There has been so much theft and pillaging of livestock that the price of one head of cattle has fallen from 150,000 CFA (around US$310) to 15,000 CFA (around US$31). The Fula have launched reprisal attacks against villages and the general population, setting fire to everything in their path.

People have died and entire villages have taken refuge in the bush. The Fula will not abandon the land and will want to continue to pass through Central African territory, even if they must do so by force. That’s how the conflict is perpetuating itself today, on a very large scale, in western CAR.

The armed forces can’t go into the bush—only motorbikes can travel though there. MSF doesn’t have access to the displaced people who are hiding in the bush either. It’s even more dangerous and, most importantly, it’s inaccessible.

Because of this insecurity, we even had to halt our support activities at the health centers in the Carnot region. We hope to be able to resume that work as soon as possible.

The annual malaria peak has begun and no one really knows what is going on with these people.

They told him: "Either you leave your village and come with us or we’ll kill you." That’s not much of a choice.

There are between 800 and 900 displaced Muslims at the Carnot church today. MSF dispatches two mobile clinics weekly. A malaria worker, herself a displaced person, is there around the clock. She lives on site and monitors the situation.

We treat primarily malaria and respiratory infections. I worry about what’s going to happen to these displaced people. The older people don’t want to leave Carnot and leave their entire lives behind for the unknown. That’s certainly understandable. They would like to return home, but that’s not going to happen.

An elderly villager explained to me that the anti-Balakas had taken him to the church. They told him, "Either you leave your village and come with us or we’ll kill you." That’s not much of a choice.

Some people have been living there, virtually locked up, for more than three months. They have food, drink, and access to health care—thanks to MSF—but they are tired and are aging prematurely.

There’s nothing we can do.  We listen, because they need to talk. When we can, we treat chronic illnesses and minor injuries. But while they may not be particularly ill, they are battered psychologically.

What will happen to these elderly people? And the children who wander around, barefoot and dressed in rags, all day long? What about the woman—seven of whose eight children and husband were killed—who lost everything?

Their businesses and houses are now occupied by others, often anti-Balakas, but also by people who fled neighboring villages to seek refuge in town and settled into places that other people had to flee.

The Carnot authorities can do their best to remind them that they are not the legitimate owners, but the Muslims will never be able to reclaim their property—that’s a fact. Or if they try, that will bring another round of reprisals and violence. 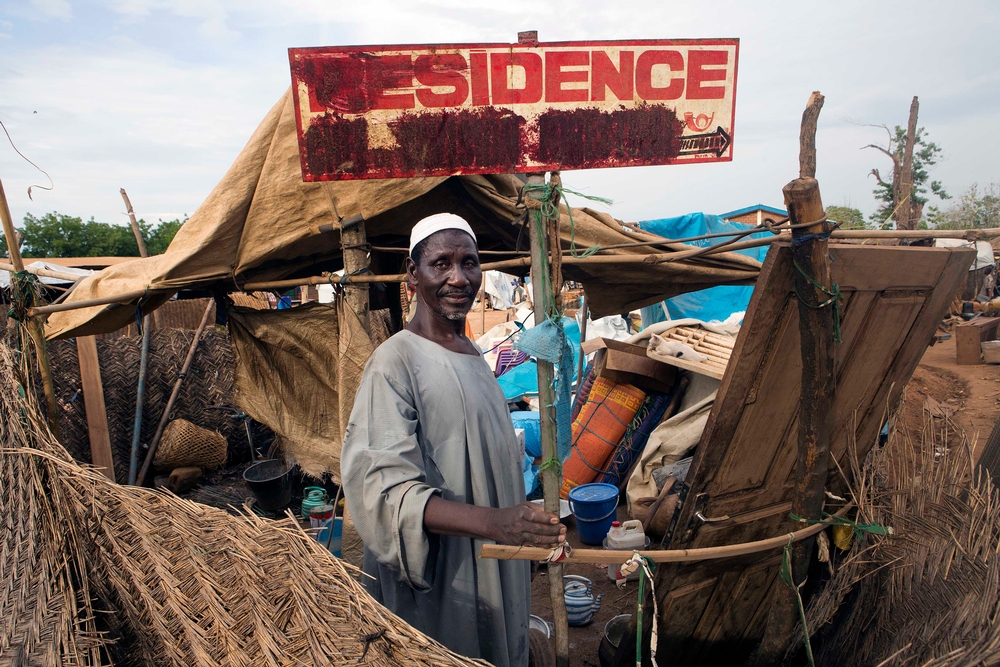 Like the rest of the country, Muslims are leaving the Carnot region after being accused of "complicity" with the ex-Selekas and are now considered undesirable. Many have left for Cameroon and Chad.

Those who stayed have gathered at sites like the Carnot church that are protected by international forces, such as MISCA [The African-led International Support Mission to the Central African Republic]. I have never heard anyone talk about "reconciliation" or express the hope that the Muslims will return.

They grew up together, but today, in western CAR, the population simply wants to get back to "normal" life.  That means there’s peace and enough to eat and children can go to school—even if another community has to pay the price. That’s hardly a "return to normal." The overall impact is significant—people follow.

Before working with MSF, I was in Ivory Coast with another NGO. I arrived there in the post-conflict phase. Everything was organized for the displaced peoples’ return home, accompanied, and rebuilding was planned and underway.

In CAR, neither the Muslims who remain nor those who left have been offered anything. There aren’t even any discussions underway. No objectives have been set and no thought has been given to what awaits them afterwards. The truth is, no one is doing anything.

The UN’s blue helmets will arrive in the autumn, but what will they do? And what will the situation be then? All of CAR’s Muslims will be dead or gone. There’s no reason to expect a sudden surge of conscience and solidarity, as has happened elsewhere.

The anti-Balakas, and the population in general, want to see a "new Central Africa"—an exclusively Christian country. It’s already beginning to take shape in the western part of the country, along the Paoua-to-Bangui route.

Pacification may be achieved, but without the Muslims. Let’s be clear here: we are witnessing a true "cleansing" that is occurring silently, without international or Central African objection, in a country where the number of international armed troops deployed does not correspond to its size and where too many areas remain inaccessible and in a state of chaos.

Deplaces a l'eglise a Carnot.<br/>Forced displaced in the church in Carnot. *** Local Caption *** Since February 1st, date of the anti-Balakas takeover of the city, a thousand people (mostly Peuls/Fulani in transit on their way to Cameroon) are trapped in the city ,victims of attacks and violences.
Remi Djian/MSF